Trevor Noah mocks Donald Trump's joke about banging his daughter: "Thousands were laughing on a rooftop in Jersey, I saw it" 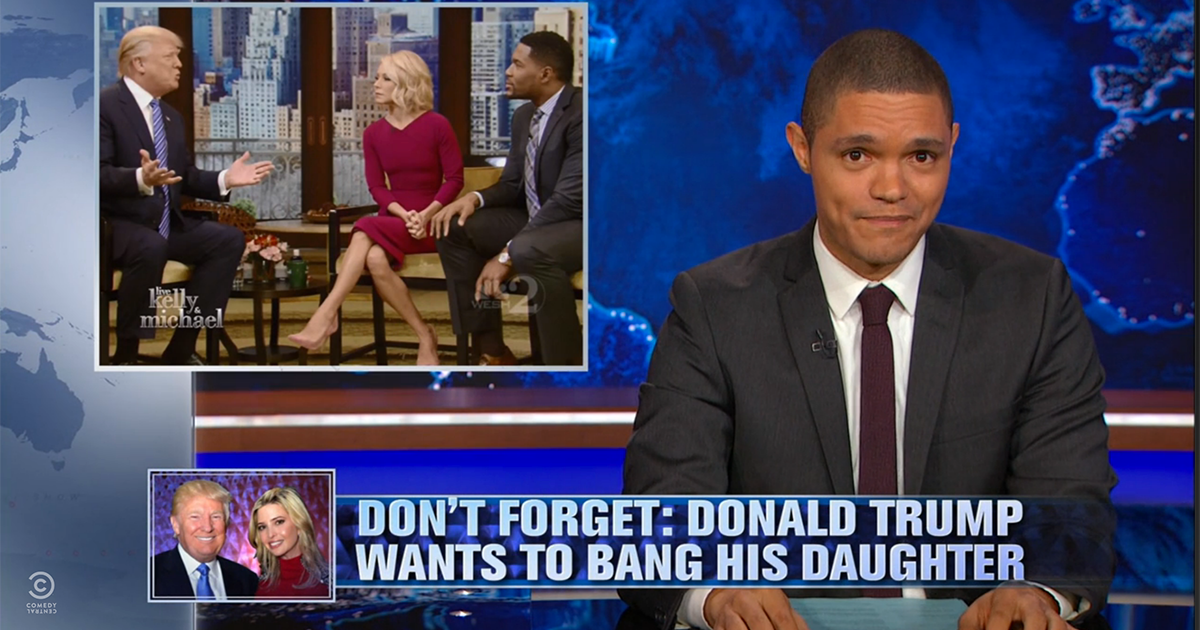 Donald Trump gets made fun of mercilessly by the late-night talk shows. The only time people give him a night off is when Ben Carson goes full Carson -- when his map was all messed up, or his crazy temper landed him in a sketch on "SNL," and Noah crushed him for saying President Obama never got criticized in 2008. Aside from that, it's pretty much the Trump Show in the land of the comedian. Trump is the gift that keeps on giving joke after joke.

After so many insults, you'd think Trump would get mad -- but guess which one he really is miffed about? The time we all took issue with him saying his daughter was fuckable. On an appearance on "Live with Kelly and Michael," Trump brought it up completely unprompted claiming it was a joke and that the audience laughed. Yet, even the Kelly and Michael audience didn't laugh! But you know how Trump is... Noah launched into his Trump impression, "Thousands of people were laughing! Up on the rooftops in Jersey! I saw it! And by the way, if I wasn't married etc. etc.."

Noah said: "You can't just 'yada, yada' banging your own daughter. That 'etc.' is that you are her father! That's a pretty big detail to skip over. The only people who hide that are you and Darth Vader and Vader only wanted to take over the galaxy with Luke, not bang him."

So as this campaign goes on and we move on to more important stories, the most important thing to remember is that Donald Trump wants to bang his own daughter.