Susan DeLemus claimed never to have been involved in politics before Trump, despite being a NH State Representative 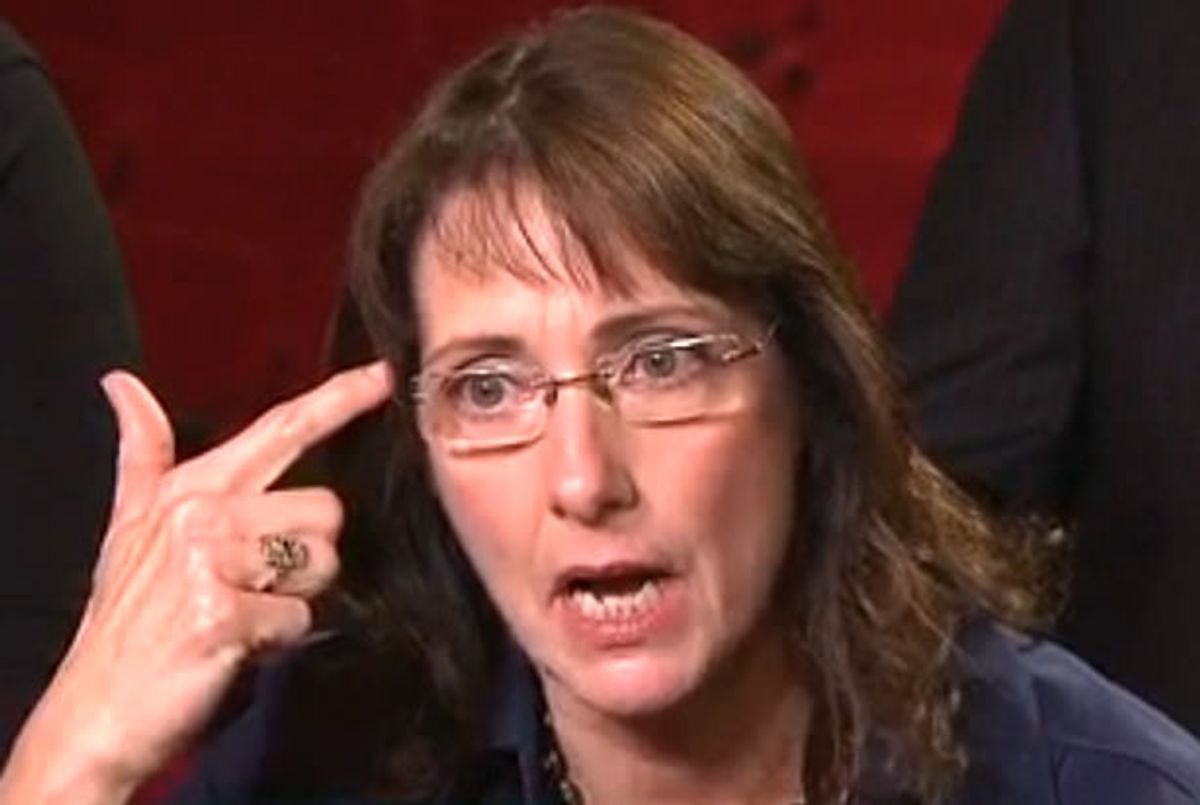 A woman named Susan DeLemus participated in a CNN focus group today and claimed that "we’ve got people who are in positions of power who I know for a fact are liars. Liars!"

She added that "my president comes on the TV and he lies to me! I know he’s lying to me! I know he’s lying! He lies to me all the time!" While her diatribe against lying is noteworthy in and of itself, it's worth mentioning that she followed it up by saying she's "never been involved in politics, never had an interest in any of it" -- despite the fact that, as Gawker's Jordan Sargent pointed out, she's a New Hampshire state representative.

"I don’t believe any one of them," she added. "I believe Donald. I tell you, he says what I’m thinking!"

DeLemus later said that "now, suddenly, [Trump] is resonating. He is resonating with the people, and he is speaking our minds. Our minds! When the pundits, and the experts, and all the people who are supposed to be ‘in the know,’ and know all this stuff, and they’re so great -- I know some of them are lying to me. Straight to my face, and I am so sick of it."

For the record, this actually represents the second time CNN has showcased her as a generic Trump supporter without acknowledging that she's a two-term Republican representative with birther inclinations.

Watch her statements below via CNN's Eugene Scott on Twitter.

UPDATE: The author of this article initially misunderstood DeLemus to be speaking about herself, when in fact she was most likely speaking about Trump. It has been edited to reflect that.