You helped create this monster: The smug, shallow media that helped build the Donald Trump Frankenstein

Great! The media turned on Trump. But their softball, policy-free coverage has helped him mainstream odious ideas 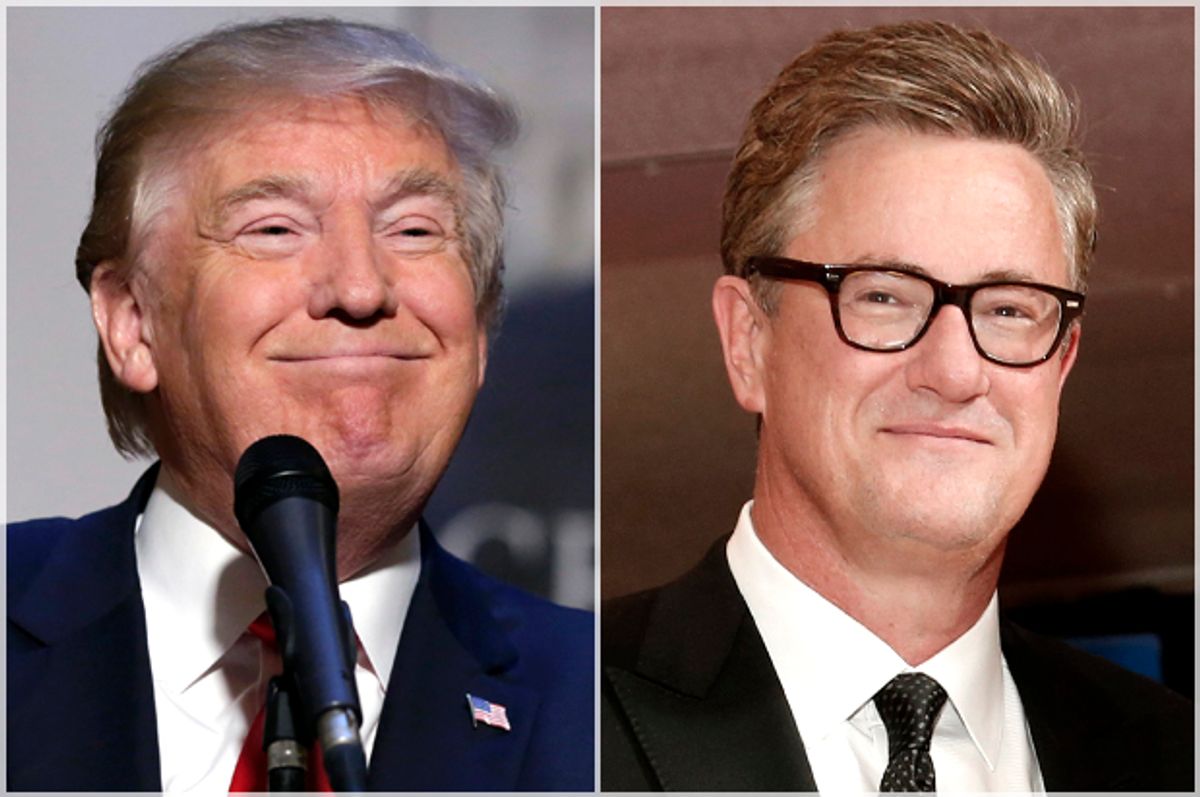 After spending nearly six months treating his hateful outbursts as if they were nothing more than a curiosity, or even a welcome distraction from the tedium of the campaign trail, it looks like the mainstream press has had just about enough of Donald Trump.

Apparently, his proposal to ban all Muslims from entering the country is unforgivable in a way that his other transgressions were not. Categorizing an entire ethnic group as rapists, urging the closure of mosques and the creation of a religious database, disseminating neo-Nazi propaganda, likening an opponent to a child molester, advocating torture for its own sake — this was all bad, of course. But apparently not bad enough.

You can probably tell that I’m skeptical about the media’s motivations here. Or to be more precise, I’m doubtful that its suddenly brazen opposition to Trump is born from conviction rather than a combination of groupthink and professional anxiety. It’s hard to understand, for instance, how someone could find Trump’s mass deportation ideas kosher, yet see his travel ban proposal as too much. (Ethnic cleansing is OK, but the right to frequent flyer miles is sacrosanct?)

But better late than never, I guess. And I’d certainly prefer a world in which Trump is ostracized — however belatedly — to one in which he isn’t. So maybe there’s an argument to be made in praise of the way the mainstream media has handled Trump. Maybe it should be commended for picking a side (which it usually does) and being upfront with its biases (which it usually is not). Maybe we’ll look back on the media’s coverage of Donald Trump in 2015 as a drawn-out example of a lesson being learned.

I hope that’s what’s happening right now. I’m pretty sure it isn’t. Or at least I’m pretty sure that the “lesson” the media is learning isn’t the one that it should. It’s learning that a presidential candidate can’t explicitly call for a ban on Muslims, even if his opponents are basically doing the same thing. That’s about “optics,” which is one of the media’s very favorite topics of conversation. But has the Trump experience taught it anything about policy, its usual weakness? Not so much.

I’ll explain why I think the media’s aversion to policy has significantly helped Trump in a moment. Before I do, though, I want to flag a new Washington Post interview with “the Donald” that’s gotten a lot of praise and attention. Because although it was conducted before Trump’s ban-the-Muslims proposal, I think the interview offers a glimpse of one of the reasons why Trump’s been able to prosper. It’s a long interview. Policy doesn’t come up once.

Instead, Trump and WaPo spend almost the entirety of the interview engaging in a dull mix of pop psychoanalysis and horserace journalism. In so far as either reporter conducting the interview attempts to get Trump to talk about something other than his fondness for “winning,” they ask him questions that are clearly (and almost solely) intended to provoke click-worthy quotes. Did you know the other campaigns don’t even worry about you? Why do you think Ben Carson is faltering? That kind of stuff.

And then there are the sports metaphors. My God, do these men enjoy sports metaphors. Multiple times, large chunks of the interview are devoted to Trump talking about sports, especially golf. At one point, one of the interviewers, still fishing for a juicy quote, tries to use the golf talk to get Trump to open up and show his vulnerable side. “Is that something you’re afraid of?” he asks. “One day you’ll walk down the fairway and nobody will be looking?”

It’s a clever move, as far as it goes. But it’s not clever enough to work on the media-obsessed Trump. “He’s a natural reporter, this guy,” Trump snarks. He then proceeds not to answer the question, choosing instead to “bridge to his message,” as media consultants would say, and talk about his book sales. The dogged reporter won’t quit, though, and goes on to ask the same question a few more times. Here’s what he eventually gets:

“I don’t know.” That’s it. After all that, WaPo can’t get anything out of Trump beyond “I don’t know.” Let’s just say that Marc Maron has nothing to worry about.

That’s harsh, I admit. And it’s not exactly fair to expect a political reporter to have Maron’s pseudo-therapeutic touch. It’s generally not political reporters’ jobs to get people to share their feelings. They’re usually talking to people who will be making life and death decisions, or at least asking for the power to do so. These are people whose actions will profoundly effect other people’s lives. Potentially in the tens of millions.

Here’s the problem, though. I’m not judging WaPo’s piece by the standards of a celebrity interviewer because I want to; I’m doing it because the way these reporters approached the Trump interview demands nothing less. There’s nothing in here about policy, nothing in here about what Trump would do as president. It’s all about his feelings — be they about himself or about his rivals for the presidential nomination. (Tellingly, the article promises to shed light on “what [Trump’s] afraid of” and “whether he’s really a nice guy.”)

Are shallow, softball interviews solely to blame for Donald Trump’s political successes? No, of course not. To a significant degree, he’s thriving because there are far-right nationalists in America, just like in every other country, and because he’s willing to pander to them more than most. But do shallow, softball interviews like this make it easier for Trump to mainstream some dangerous, odious ideas — largely by not addressing them at all?

I can’t say I know for certain, but there is one thing I can tell you: Trump’s poll numbers are still going up.