The worst of glory is the reflected bits, especially when they come in the form of boasts about being more bigoted 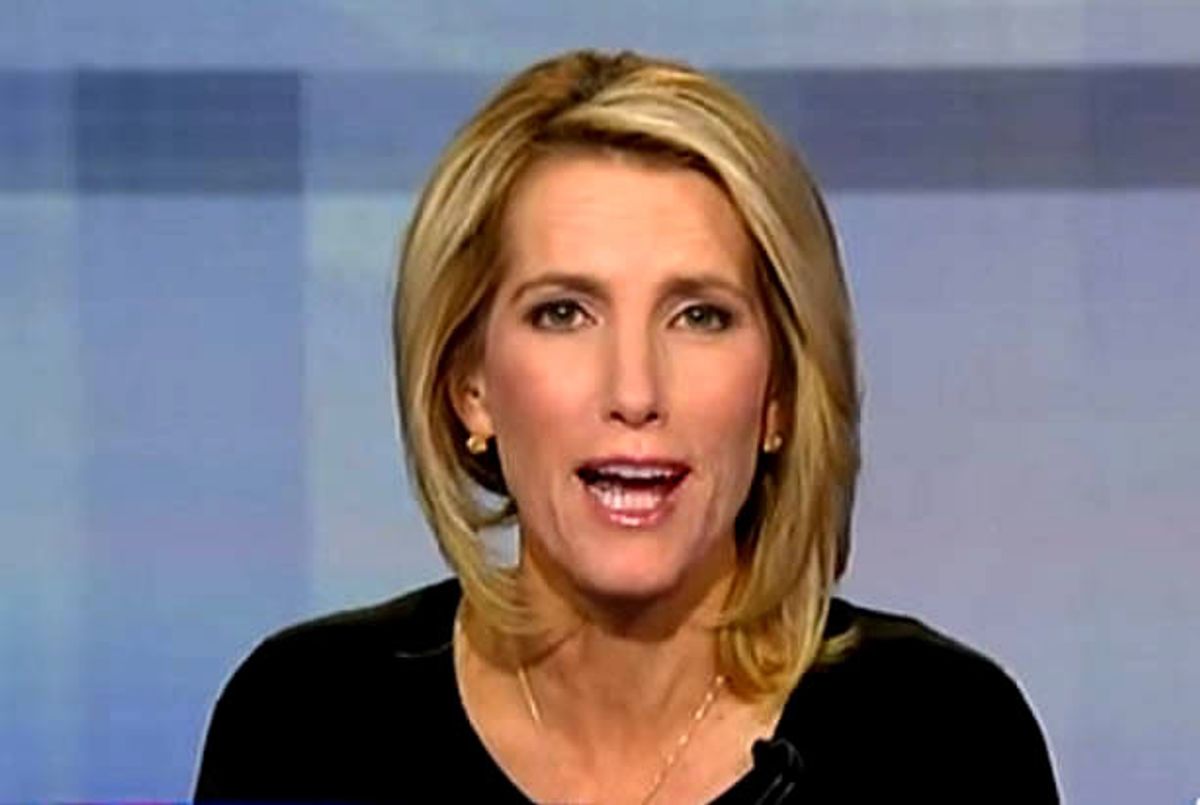 On Friday's edition of "The Laura Ingraham Show," host Laura Ingraham decided to join Ann Coulter in proposing a ban on all immigration, because when you're discussing someone named "Trump," it's impolite not to embrace the verbing his name.

"Among those in the media who are just most disturbed by the idea of a Trump presidency or Trump nomination is Charles Krauthammer at Fox News," she began. "I've been on 'Special Report' with him and, you know, we all like Charles, but this is a question that Bret Baier asked him just looking at the numbers last night."

She played a clip of Baier asking Krauthammer about what would happen if Trump "wraps this up" in March, to which Krauthammer replied, "look, 30 percent is still not a majority. The reason he's way out in front is because there are 14 other guys and gals out there who divide the vote. If you take away even the 1's and the 2 percent and the 5 percent and the 6's, assuming they are so-called establishment, and you add them onto Rubio, even to a Cruz, although he's not exactly establishment, Trump doesn't win."

Ingraham noted that Krauthammer "called him a bigot the other night, he called him a bigot, he said, 'Trump is bigoted.' I know Trump a little bit. One thing, yeah, he's not a bigot. I mean, you might disagree with the policy and I said early on it wouldn't be my policy. I'd do a pause on all immigration. I mean, I'd go farther than Trump. I'd do a pause on immigration, so I'm like even, I guess I'm even worse than Trump."

Listen to the entire clip below via Media Matters.