We need Asian indie films, too: While Hollywood struggles to catch up, let's praise these stand-out Asian-American movies

This year, I was a judge for an Asian film festival—and I found there what I know I won't find this Oscar season 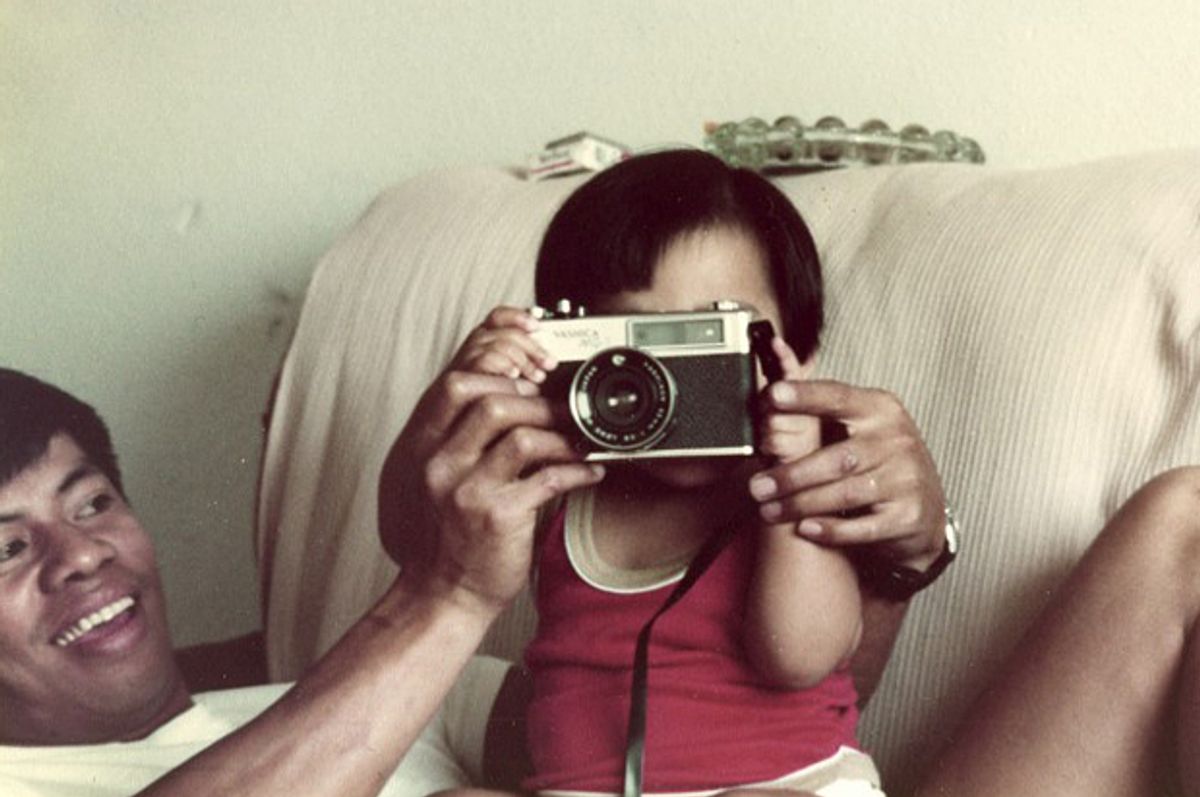 We’re coming up on Oscar season, which I usually sit out because I’m the kind of jerk who likes to mouth off about how meaningless and arbitrary and unimportant awards are--generally because when I do find out about the awards I almost always become irrationally angry at how wrong the judgment of the Academy is.

I’m always frustrated by the relative anonymity of “the Academy” and in general of juries who give out awards, wanting to yell at the TV “Who the hell are you to judge?” The rejoinder that whoever they are, they’re all industry professionals with impressive professional accomplishments in the world of film, never really takes the sting out of watching "Crash" beat "Brokeback Mountain" or "Dances with Wolves" beat anything.

Which is why, back in August, I found myself in the uncomfortable position of being upgraded from random Internet gadfly grumbling how juries are uniformly staffed by out-of-touch douchebags to myself becoming, as David Foster Wallace, echoing George W. Bush, put it, a “Decider.”

In this case I was asked by the San Diego Asian Film Festival to be one of four Deciders in the jury that determined which films would officially be judged as “best” within their various categories and which other films would, therefore, officially be “not the best.”

A lifetime of being unduly snarky about movies made by people much more talented and successful than I am didn’t really prepare me for the sense of responsibility this entailed, especially since my three fellow jurors were the global executive director of Kollaboration, a communications professor who literally co-wrote the book on Asian Americans and the media, and an Academy-Award-nominated documentary filmmaker. I, by contrast, am “the 'Jeopardy!' guy,” which gets me recognized on the street sometimes but is a very weak response to that pesky “Who are you to judge?” question, as I’ve experienced several times in the past year.

The whole question of determining the “best” films was especially fraught, for me, knowing that SDAFF is a comparatively small festival because the world of Asian-American filmmakers is still a comparatively small pond. It brought me back to my days as a struggling actor in L.A. attending screenings hosted by CAPE and telling everyone I knew they had to go see "Dim Sum Funeral" (even though I knew, with a sinking feeling when I saw it, that it wasn’t that good), just because it meant Asian actors were getting jobs that weren’t kung fu villains or exotic sexpots.

I still encounter fierce arguments among my Asian friends whenever we talk about representation. Are we letting down the cause by not showing public support for TV shows like "Fresh Off the Boat" or "Dr. Ken" even if we just personally don’t like them? Should we make allowance for the fact that historically it’s been like pulling teeth to scrape together personnel and funds for an Asian-helmed, Asian-focused production in America when judging the final product?

My own hope has always been for the ratio of Asian-Americans to increase enough for this question to be moot. It’s a struggle, especially with the occasional reminders from people like Aaron Sorkin that mainstream Hollywood is convinced “There are no Asian movie stars” is just a cultural fact, even today.

But we are getting there. There will be six major TV shows by the end of November with an Asian lead ("Into the Badlands," "Fresh Off the Boat," "The Mindy Project," "Dr. Ken," "Master of None" and "Quantico"). There’s a Broadway show with an all-Asian cast, one that squarely confronts one of our country’s great historical injustices against an Asian-American population, the Japanese internment.

And I’ve been spending the past year watching films by Asian-American directors and starring Asian-American leads, and being inspired by what I find.

2015 was a great year for the San Diego Asian Film Festival. If you, like Stephen Colbert, could somehow indeed render yourself “color-blind” and judge the films without any knowledge or understanding of race, you’d still find a lot to like about the gonzo horror-comedy "Crush the Skull," the lush documentary "Changing Season" and quirky, heart-wrenching little experimental gems like R. J. Lozada’s "Distance Between."

But obviously this festival exists because we do see race, and because race matters. It does matter that "Crush the Skull" features an Asian man and a white woman as romantic leads, something that I still find surprising whenever I see it onscreen even though I’m married to a white woman. It matters that "Changing Season," a documentary about the Masumoto family farm, describes in detail the farm’s origin in the wake of World War II and Executive Order 9066, a great national shame in America that we still try to paper over. It matters that "Distance Between’s" personal meditation on the meaning of fatherhood and family is deeply intertwined with Lozada’s own story as a child of Filipino immigrants.

It matters because as a lifelong obnoxious artsy hipster who’s been obsessed with all things “indie”--indie film, indie games, indie music--I’m very conscious of how “indie film” or “art film” has, for a very long time, been coded as something white kids are into. I’ve seen movies like these lots of times, but the quirky self-aware genre pastiche usually stars a posse of wisecracking white dudes, the introspective documentary short is usually narrated by a white film student from NYU, the documentary feature about the history of a family farm is usually about an all-American white family from the Midwest.

The thing that’s long defined my own history as a fan and a critic of media is what W. E. B. DuBois called “double consciousness,” the fact that as a minority in this culture I’ve learned to talk about myself using someone else’s language. Richard Linklater’s "Before Sunset" trilogy and "Boyhood" showed us how richly film can reveal the development of a romance or the development of a life--but it shows us this through the eyes of a middle-aged white guy from Texas by telling us to identify with people who look like Ethan Hawke and Julie Delpy. Our spectrum of art from the sublimely sentimental to the harshly cerebral to the defiantly grotesque--from Spielberg to Kubrick to Lynch--is still a spectrum of white guys plucked from a relatively narrow field of American historical experience.

I’m glad to see Asian-Americans succeeding in speaking that language. In this year’s SDAFF "It’s Already Tomorrow in Hong Kong" plays the same game as "Before Sunrise," substituting Jamie Chung and Bryan Greenberg for Julie Delpy and Ethan Hawke and the titular city for "Sunrise’s" Vienna, and does a good job of it. The short film "Tadaima" feels like the highlights reel of a Spielberg feature (and I mean that in the most positive possible way).

But my bias--as with most insufferable hipsters--is toward things that are different and unfamiliar. In the context of a festival celebrating Asian-American filmmakers, especially, what I was searching for in every film was the sense of someone who was speaking a different language as a filmmaker, a language that to an Asian-American viewer might feel less like something borrowed from majority culture, something authentically us.

Which is why I fell in love with Alvin Tsang’s "Reunification" this year. It’s a film I fought for hard, and one which, when it didn’t win Best of the Festival or Best Documentary Feature, we agreed should get a Special Jury Award.

Alvin Tsang’s autobiographical documentary resonates with me in a few specific ways but not in others. Like Tsang’s parents, my parents are divorced. Like Tsang, I grew up as a child of Chinese ethnicity in the United States and suffered the attendant feelings of being isolated and out of place.

The brutal sincerity of Tsang’s work makes the similarities of his story to mine shine brightly and the differences seem to dim. It’s a documentary unlike any I’ve seen--a film very clearly put together to say things through the language of film that the filmmaker is uncomfortable saying any other way. You can almost follow Tsang’s decisions in post-production one by one, watching him assemble a version of his life’s story that makes sense to him out of decades of archival footage of home movies and abortive attempts at interviews, watching the video quality improve as he gets closer to the present day.

"Reunification" is much less polished, much more awkward and clumsy in some ways, much more “amateurish” than the other documentaries in the festival. That’s what I love about it. "Reunification," unlike other films in the festival, had its world premiere at SDAFF and, were it not for the existence of Asian-American “niche” film festivals, would be unlikely to be getting any screenings. That, too, is what I love about it.

Of all the films I watched this year, "Reunification" is the one that affected me emotionally the most--often bringing me to tears simply because, unlike other films (including other documentary films), the conversations Tsang has with his family members about his childhood felt so real, so immediate they were almost in the room with me. It was as though I were voicing my own long-held grievances about my childhood to my parents and receiving their stinging rebuke “Who are you to judge?” all over again.

For me, the point of “indie” film is to show what film can do when it’s not shackled to the need to provide entertaining spectacle to make a profit for investors--what the medium can do when freed up to tell stories that the filmmaker truly, deeply desires to tell and has no other way to get out.

It’s the kind of thing I get to see very rarely and that’s even more rarely celebrated and rewarded--and when it is, the accolades are usually going to a wealthy white kid with connections.

To me, the fact that a film like "Reunification" got completed represents a minor miracle--even in this age of Hollywood “embracing diversity”--and I’m happy to play whatever limited role I can as Decider in helping it get recognition and more screenings.

But I think the most important work that comes out of minority communities is the deeply idiosyncratic, deeply weird work that tries hard to eschew the majority language we’ve been taught and speak our own language. "Reunification" is the film that’s come closest to feeling like a truly distinct Asian-American language to me in a long time, and it’s without any reservations that I tell you--you might not end up liking it, but I still want you to go see it.