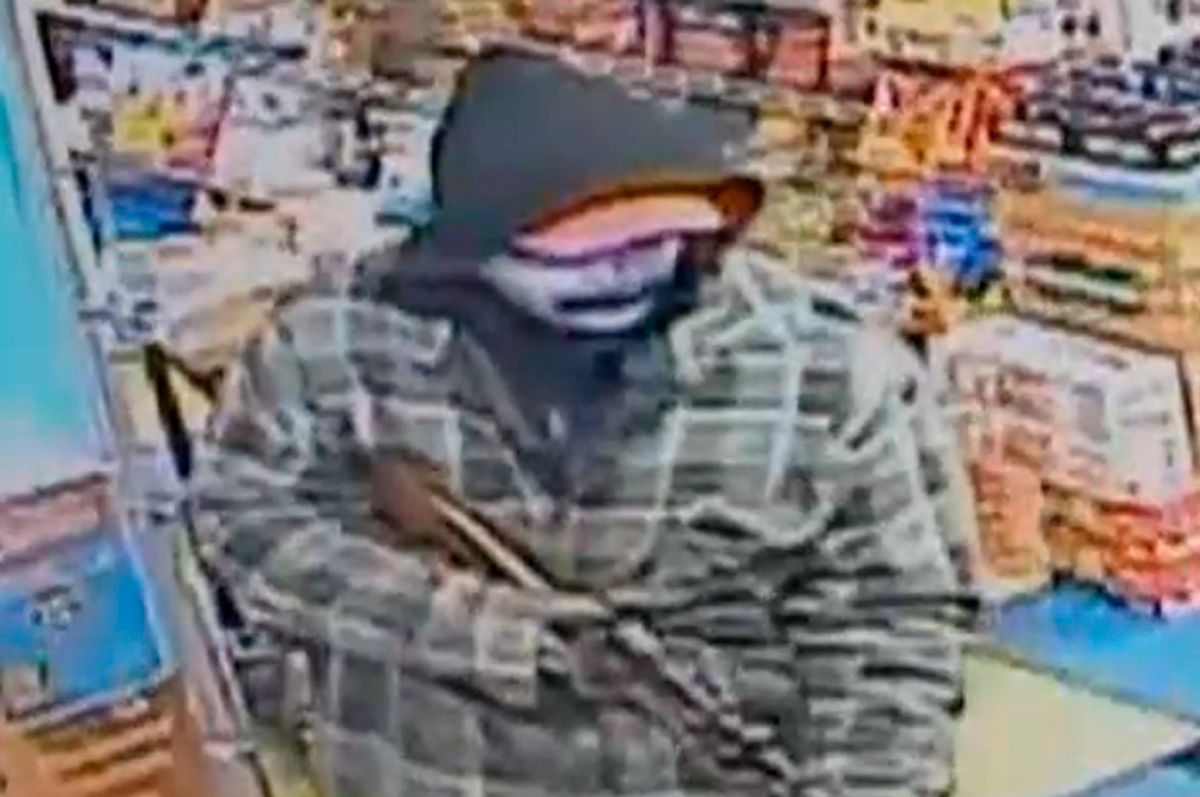 A store clerk of Indian descent in Grand Rapids, Michigan was shot in the face by a robber who called him a "terrorist" and insisted he was a member of ISIS, according to news reports.

Local media outlet MLive reported that the victim, 34, whose name was not released, recalled the shooter saying "he used to kill people like him in Iraq." Police confirmed the statements.

The local Fox affiliate obtained surveillance video footage of the attack. The store owner told Fox reporters that the shooter said "he'd killed people like [the clerk] before in Iraq with no question."

Late on Saturday, Dec. 12, the armed robber ordered the clerk into a back room, where he put the barrel of his rifle in the worker's mouth. Afraid for his life, the clerk grabbed the gun, briefly struggled with the shooter, and turned his head. When the robber fired, the bullet went through the worker's cheek, saving his life.

The clerk, who suffered non-life-threatening injuries, was taken to the hospital. He quickly recovered and was released.

Police are still on the search for the shooter. Surveillance footage shows a man with his face covered by bandanas and a hood, wielding a large rifle.

"I don't know why he associated him with terrorism," the store owner told the local Fox affiliate. "Maybe it's because of our skin or because what we look like."

The store owner's family, who are also Indian, suggested to MLive that the attack was racially motivated. Gurleen Kaur, whose father owns the store, said "It could've happened to anyone that looks like us."

The media reports do not indicate whether the store clerk is or is not Muslim, but the vast majority of Indians are not Muslim.

Indian-Americans of the Sikh religion are frequently targeted in hate crimes by people who think they are Muslim. In September, a Sikh American man in Chicago was called "terrorist" and "bin Laden" and subsequently beaten unconscious in his car.