"Hanukkah celebrates the oil lasting eight days, but come 2050 the menorah is going to look a lot different" 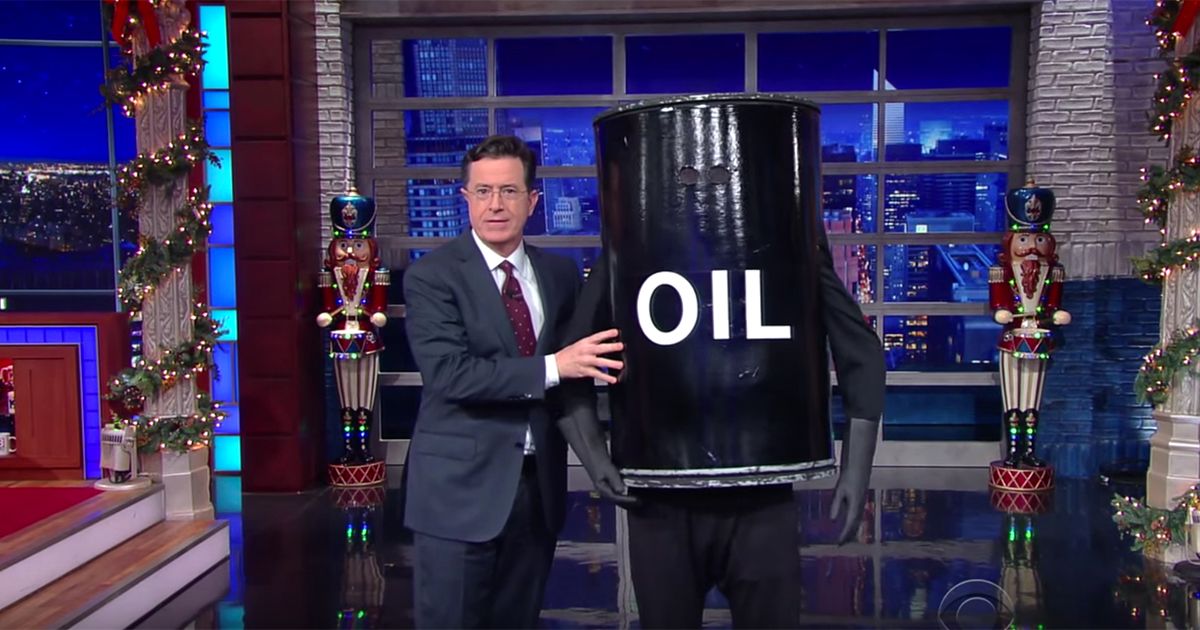 Stephen Colbert said goodbye to his old pal "oil" on Monday night's "Late Show." After the agreements at the Paris climate change, "oil" is getting a big send off.

You see, the talks began with the goal of maintaining an Earth that is hospitable for human life. "That is setting the bar about as low as it could possibly go," Colbert said. In a JFK accent, Colbert announced inspiringly that "as your President I promise you something will live...."

Between 2050 and 2100 the countries agreed to limit greenhouse gas emissions to the levels that trees, soil, and the ocean can absorb naturally. "I know Hanukkah celebrates the oil lasting eight days, but come 2050 the menorah is going to look a lot different."

However, the catch to all of this was the United States. We took issue with the requirements for rich countries where the agreement said they "shall" reduce emissions. The U.S. decided it should be "should." "You know, like, 'Thou should not covet thy neighbor's wife.' Really more of a suggestion... But 'should' still has plenty of moral authority. Remember the old civil rights song 'We Should Overcome?' Ya know, some day."

The sad thing is that the change was made by the Obama Administration because if it said "should," the administration didn't have to have it approved by Congress. Congress, of course, has already passed a bill saying they refuse to do anything. "They're very consistent," Colbert said. "They oppose Obamacare and Obama air."

Colbert then welcomed the Late Show's pet barrel of oil Crudey Giuliani for a fond farewell, but not before the two had one final dance. Check it out below: