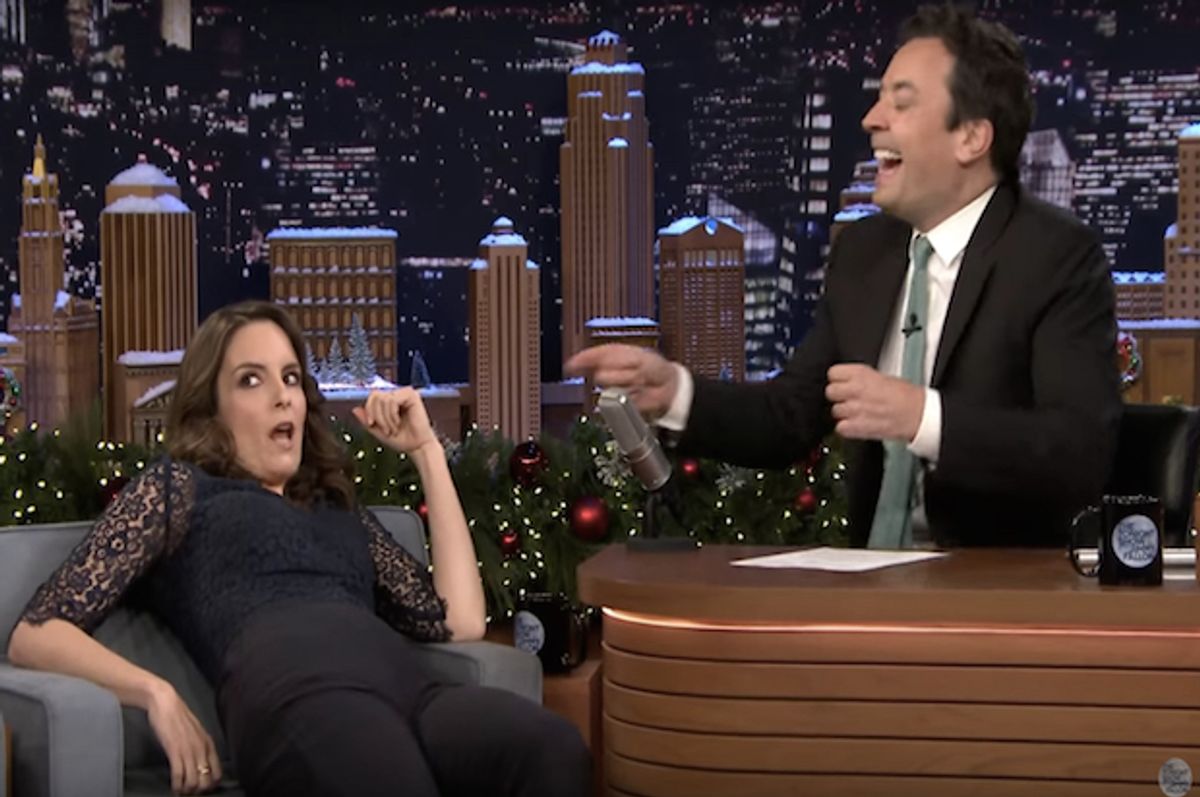 While promoting her new film "Sisters" on Monday night's "Tonight Show," Tina Fey revealed to host Jimmy Fallon that she trembled and bucked under fear at a recent sighting of Donald Trump.

Fey explained that at the urging of SNL's Lorne Michael she got her "hair did" and attended Adele's recent Radio City Music Hall NBC special only to be seated directly in front of Trump (Amy Poheler was also seated in front of Trump, but as a newly dyed red-head, Trump failed to recognize her).

"I was the biggest hypocrite of all time," Fey explained, "because everyday, like 51 percent of America, I watch him on the news and I go, 'Come on, this guy. This is too much now. You leave the Mexican people alone.’ And then I see him, and I'm face to face with him, and I'm like, 'Hi how are you?'"

"When I am a hypocrite," Fey explained, "my voice gets really nasally."

But it apparently isn't Trump's reputation as a relentless insult machine that had Fey reverting to niceties upon encounter with the race-baiting GOP frontrunner. It was the the two's shared nanny.

"We have the same baby nurse," Fey explained to her former Weekend Update partner. "I was thinking, 'I can't get into a feud with Donald Trump because then the baby nurse will get mad at me,'" Fey concluded on the spot.

Watch Fey hilariously explain her Trumpstruck encounter at Adele's concert on "The Tonight Show" below: