""If I had to listen to that for five more seconds," the "Daily Show" host cracks, "I would saw my own head off" 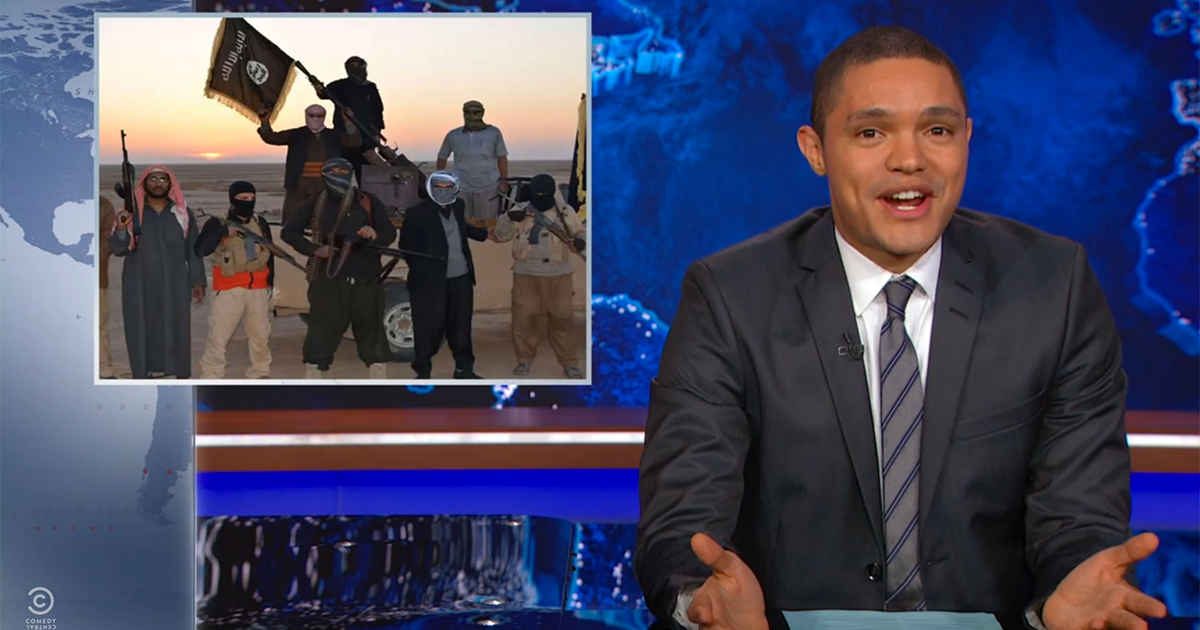 You wouldn't think that a terrorist group known for fighting for religious purity would be about diversity, but you're wrong. Trevor Noah pointed out on Monday's "Daily Show" that ISIS is working to diversify its team a bit and they've got their sights on China. After all, they don't just hate the West, they hate the East too! "They were sitting around and were like, 'We need some Asians,'" Noah joked.

That's why the terrorists are trying new and unnerving tactics to recruit people who can blend in a little better than Middle Eastern dudes. How are they recruiting, however, is almost torture in and of itself: With a Chinese music video.

But even their record label is lame. It's called The Alhayat Media Center. Noah suggested something a little more badass like Jihad-Unit or 72-Virgins Records, even Iraq-A-Fella.

Their second problem is the track itself. It's so lame Noah said that at least we know where PM Dawn went. "If I had to listen to that for five more seconds, I would saw my own head off... I don't know whether to wage jihad or wait for my masseuse to show up."

Listen to it yourself, it's bad: