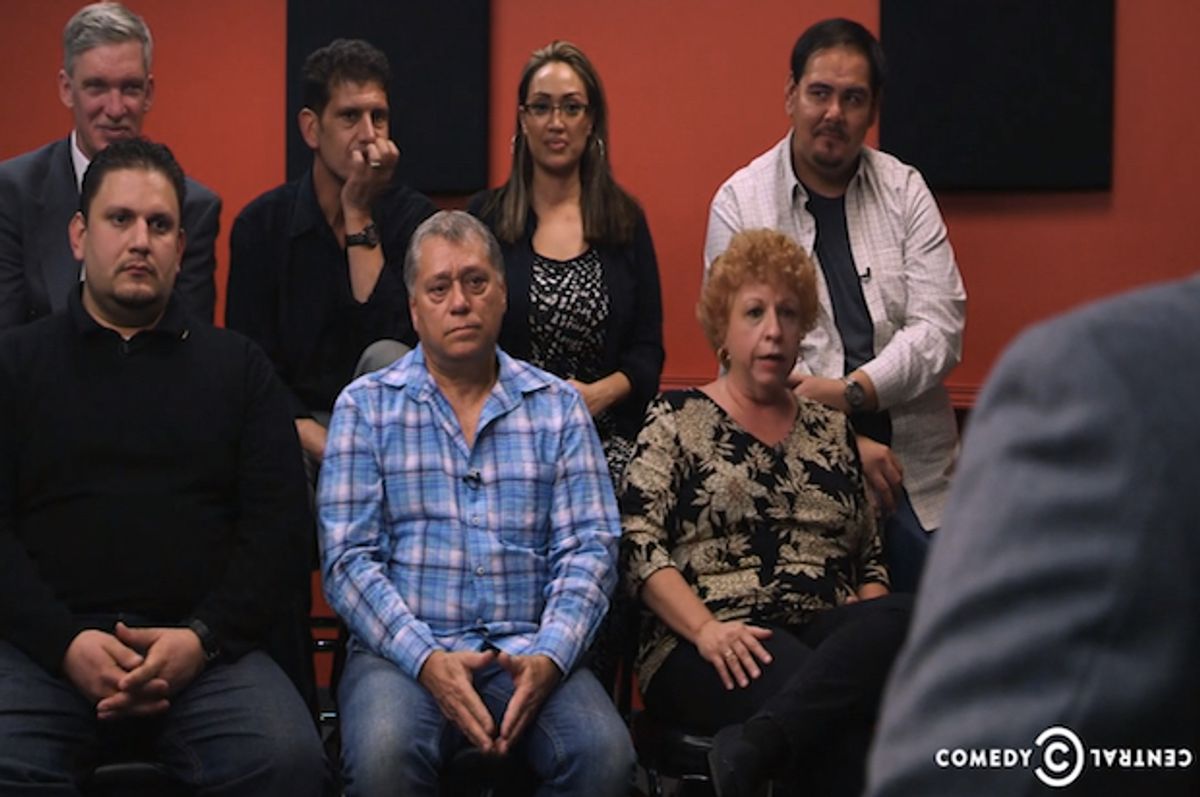 As if focus groups of Donald Trump supporters are not comedy enough, the good folks at "The Daily Show" decided to hold their own Comedy Central-style focus group this week to get to the bottom of "why the hell" Trump has any supporters at all.

"Just who are Donald Trump supporters?" correspondent Jordan Klepper asked while introducing the group of Las Vegas Trump fans. “This is a group that doesn’t like statistics, thinks Muslims need not apply," he'd shortly conclude. "Some would consider rounding the Jews.”

So why does Trump have so many supporters?

"He has no filter," one participant explained. "Do you really want a president who walks on eggshells and not wanting to hurt this community or that community?" she asked. That same participant would go on to argue that Trump was correct when he claimed that undocumented Mexicans immigrants are "rapists" and "criminals."

“I think the statistics are there,” the woman said.

“I think the vast majority of your statistics are bullsh*t,” Klepper matter-of-factly shot back.

"Negative attention sometimes is a good thing. It's better than no attention at all," she continued.

Telling the participants that he was "looking for that line" where Trump supporters would back away from the controversial frontrunner, Klepper asked the participants to play a game guessing who said the absurd line, Trump or a “racist sandwich.”

"It is difficult to tell the difference between what a racist sandwich would say and your presidential candidate?" Klepper asked incredulously, after some participants hesitated with their answers. "It is not a good sign! It's not a good sign!"

Klepper then asked the group to hold up Trump's face-on-a-stick and put it down once he named a policy idea that would make them fail to vote for Trump. When he asked of a “national registry of Jews,” two bold Trump supporters kept The Donald's grimacing face in the air.

In the end, Kleeper was left with this observation: "Even some Trump supporters can't wrap their heads around why people support Trump."

Watch the interview, via Comedy Central: