We've reached peak spoiler panic — obsessed with knowing everything and nothing about "Star Wars: the Force Awakens" all at once 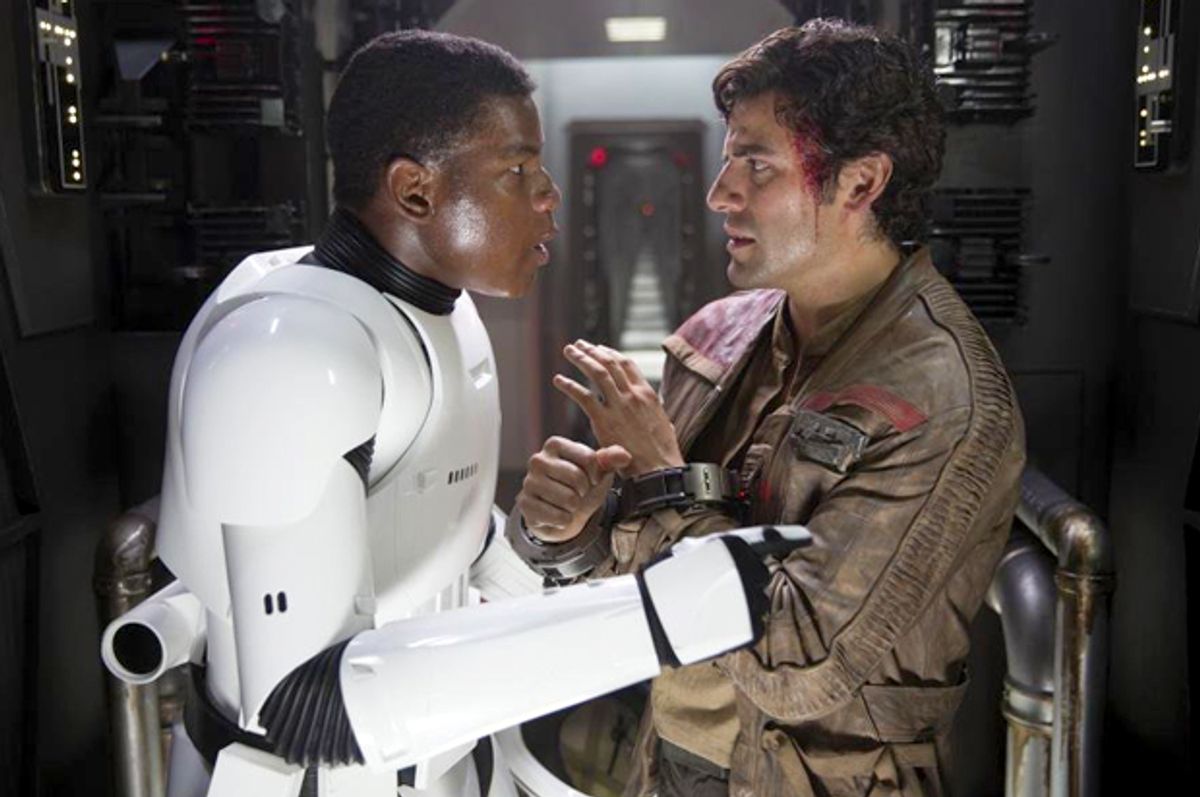 We want to know everything; we want to know nothing: It’s a paradox Yoda would savor. As reviews and social-media chatter of “Star Wars: The Force Awakens” rolls out – the film begins public screenings tomorrow night -- the one thing most reviews insist on is that there will be NO SPOILERS. By contrast to the trailers, which fans study lovingly for any minor clue to the upcoming film, the most dedicated of the Star Wars faithful seem to want to learn as little as possible from the reviews.

Of course, it’s natural to want to go into any new movie without knowing the ending or key plot turns that show up late in the film. But the no-spoiler urge – and the related industry -- seems to be reaching new levels of intensity with “The Force Awakens.” The Hollywood Reporter posts social-media reactions that are “Spoiler-Free.” As does the New York Times.

The Verge, too, promises a “spoiler-free review.” And they really mean it. “First things first: this review is not going to spoil any plot details,” Bryan Bishop writes. “And I mean any.”

Some of the reviews take the spoiler issue to entirely obsessive lengths. The Jedi Council Forums, which is already pretty much the definition of obsessiveness -- offers both a Spoilers Aloud and Non-Spoiler discussion.

And the Bright Young Things review makes itself earnestly clear:

Before I continue, I want to assure you that this review will be completely spoiler free. It takes a special type of twisted evil to reveal the secrets of The Force Awakens, and the last thing I want to do is to ruin the fun. While I will discuss characters and some situations from the movie, I’m going to do so in a general way. When I refer to characters by name, it will only be in ways that have already been revealed in the promotional material (e.g. the trailers and TV spots). That being said, if you want to go and see the film without knowing any of its details, I recommend waiting until you’ve seen it and then coming back here.

The most insane artifact of what’s seeming like a new no-spoiler age is this Chrome extension which protects you from “Star Wars” spoilers:

Force Block for Chrome warns you of sites that may contain Star Wars Episode 7: The Force Awakens coverage—including, but not limited to, spoilers. Tech sites, movie sites and more that have covered Star Wars Episode 7 in the past will be prime suspects on this list—including our site. According to the extension page, Force Block detects spoilers using "smart pattern detection and a whitelist for false alarms."

So why the deep-seated fear of spoilers? It’s no secret that these days, information swirls all around us, without control. And the new “Star Wars” movie has already drawn more hype than any cultural product in years, maybe ever, and will surely continue to. These days, even the new episode of “Homeland” gets pretty thoroughly chewed up the next morning, between recaps and the running faucet of social media.

One irony here: As Salon’s Andew O’Hehir writes in his review of the film, most of the possible spoilers for this pastiche of a movie are things that have already shown up in previous “Star Wars” films. (Of course, this observation has been deemed a "concealed spoiler" by some readers, too.)

“The Force Awakens” is more like a remake or a mashup of the first two “Star Wars” pictures than a sequel. Yes, in technical terms Abrams and co-writers Lawrence Kasdan and Michael Arndt are picking up the narrative some 30 years after the destruction of the Galactic Empire at the end of “Return of the Jedi.” But they barely even pretend to advance the story of the initial trilogy; they rewind it and repeat it, with new characters substituting for old ones but many of the same action set-pieces, narrative dilemmas and hidden connections.

The key to all this may be to realize that the most intense spoiler-aversion seems to be coming from the kind of Internet-besotted people who live on social media and cultivate their knowingness. Why are they so protective of their cinematic viewing experience? It may be that going to a movie is the only time these spoiler-obsessed folks go offline. It's the one chance they have for an innocent, unmediated experience -- and they want to keep it that way.