Zero percent? "F*ck me! I knew it was too good to last," Wilmore said 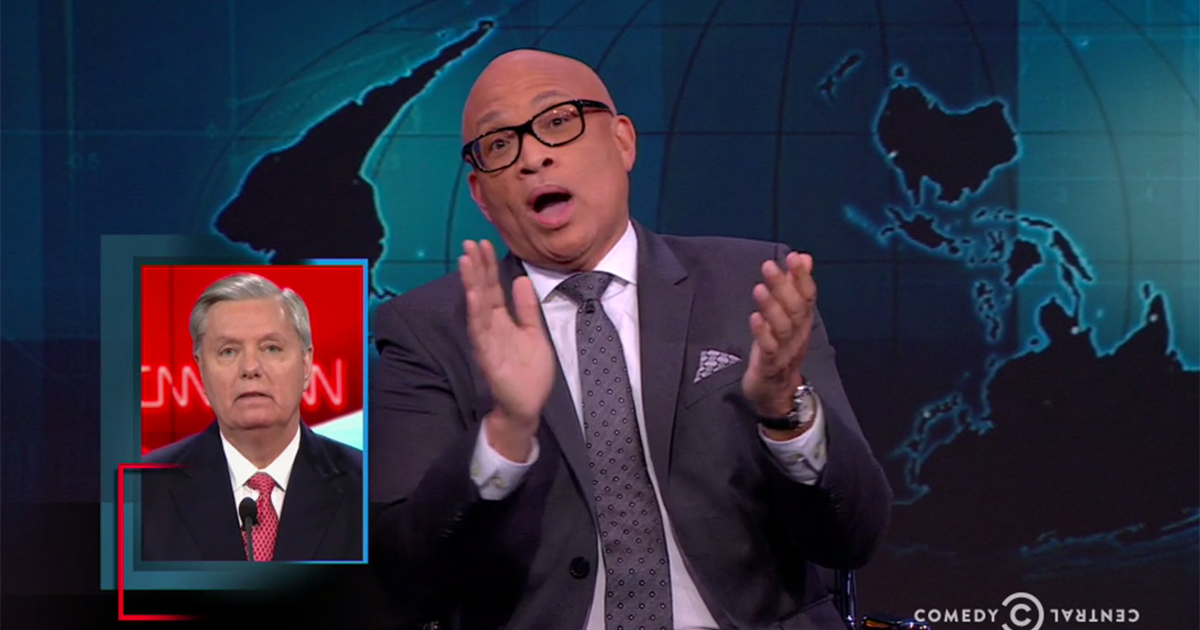 Larry Wilmore began his debate wrap-up by saying that it was Ben Carson's opportunity to seem a little smarter about foreign policy. So how did Carson begin? With a moment of silence.

"Why are you asking for a moment of silence? We can barely hear you as it is!"

Leave it up to Wilmore to find the only truly valid reason Carson's moment of silence was hilarious. Epic pandering aside, Wilmore said he thought Carson was stalling like a kid who has to do a book report on a book he didn't read.

When it comes to someone who actually said something right in the debate, it came from the most unlikely of places: Lindsey Graham. In the Kids Table debate, Graham thanked the 3,500 Muslims who are serving in the U.S. armed forces saying that he understands they are not the enemy and indeed Islam is not the enemy, but rather radical extremism is the enemy.

Wilmore applauded the courageous statement saying that it was powerful and decent. "Just out of curiosity, how's decency polling in the race right now?" Wilmore asked before showing Graham's poll numbers at zero percent.

"This is the definition of tough talk, in my mind," Wilmore said. "When you say something that is not red meat, meant for the base, not meant to get votes, it's just the right thing to do ... Wow. Lindsey Graham, you won me over man!"

But then it all pretty much went to shit when Graham said he missed George W. Bush and wished he was president "right now."

"I knew it was too good to last," Wilmore said.

But the only thing worse than politicians arguing all night are the pundits that follow talking over each other.

How does Wilmore explain the shit-show that is punditry? By having comedians Mike Yard and Rory Albanese who switch roles as "Black guy" and "Jewish guy" to prove how easy it is to be outraged by anything: