Lives starting with horror — a baby is born into a war zone every two seconds: UNICEF

1 in 8 of the babies in the world are born into violence and chaos, UNICEF explains in a new report and video 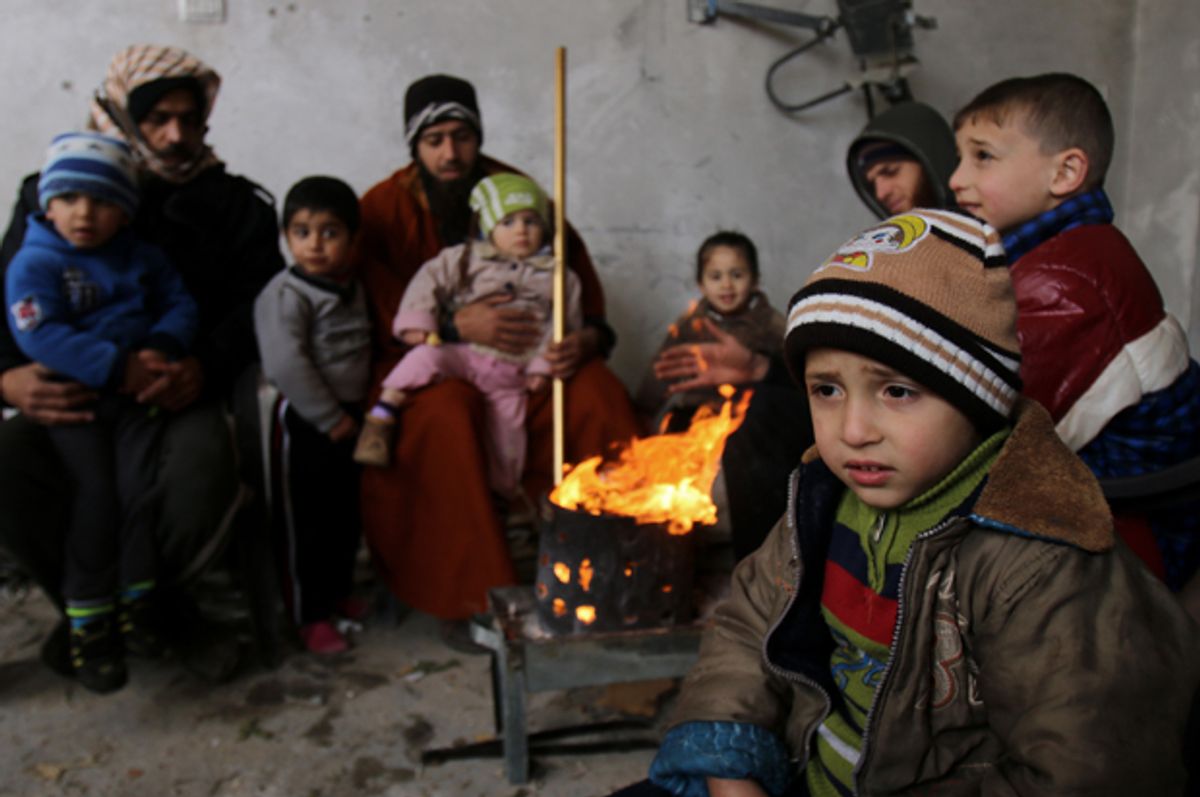 A baby is born into a war zone every two seconds, according to a new report by UNICEF.

In 2015, more than 16 million babies were born into conflict areas or into dangerous journeys to flee those war zones, primarily in the countries Syria, Iraq, Yemen, South Sudan, Afghanistan, and the Central African Republic.

One in eight children born today will enter the world in a war-torn land.

"Can there be a worse start in life?" UNICEF Executive Director Anthony Lake asked.

"Every two seconds, a newborn takes its first breath in the midst of conflict, often in terrifying circumstances and without access to medical care," Lake added. "Too many children are now starting their lives in extreme circumstances – from conflict to natural disasters, poverty, disease or malnutrition."

The world is witnessing the worst refugee crisis since World War II.

Western countries, particularly the U.S., and their allies have fueled most of these wars. The U.S.-led war in Iraq destabilized the Middle East, leading to the rise of further violent sectarianism and extremism. Roughly 3.6 million Iraqis are displaced, according to the U.N. High Commissioner for Refugees (UNHCR). Approximately 2.6 million Afghans are refugees as well, while the U.S. war in Afghanistan stretches into its 15th year.

Nearly 4.4 million Syrian refugees are registered with the UNHCR, and over half of the entire country has been displaced, amid an almost five-year-long civil war that has left hundreds of thousands of people dead and has been fueled by more than 20 countries.

The ongoing war in Yemen, which is approaching its ninth month, has displaced more than 330,000 people and turned a quarter of a million more into refugees. The U.S. is arming and supporting the Saudi-led coalition that is responsible for around two-thirds of civilian casualties, according to the U.N., and has been accused of war crimes by leading human rights organizations.

"Newborn children and their mothers face enormous risks," UNICEF said in the report. "Pregnant mothers are in danger of giving birth without medical help and in unsanitary conditions. Their children are more likely to die before they reach their fifth birthdays and to experience extreme – or 'toxic' – stress, which can inhibit their long-term emotional and cognitive development."

Since 2014, 30 million children around the world have been forced to leave their homes due to war, violence and persecution.

According to the UNICEF report, more than 200,000 children applied for asylum in European Union countries in the first nine months of 2015. Many European countries, which have seen a wave of anti-Muslim fervor in recent years, have been reluctant to accept the children and their families, who come from Muslim-majority countries.

"In addition to conflict, poverty, the effects of climate change and lack of opportunity are making children increasingly vulnerable and have pushed millions on dangerous journeys away from their homes," UNICEF further noted.

Half of all the people in the world living in extreme poverty are children, even though they make up just one-third of the global population.

"If we address the reasons so many families feel the need to uproot themselves and their children from their homes – by resolving conflict, by addressing climate change, by expanding opportunity, we can make 2016 a year of hope for millions – not a year of despair," the UNICEF executive director said.

UNICEF also created a video to accompany its new report. You can watch it below: