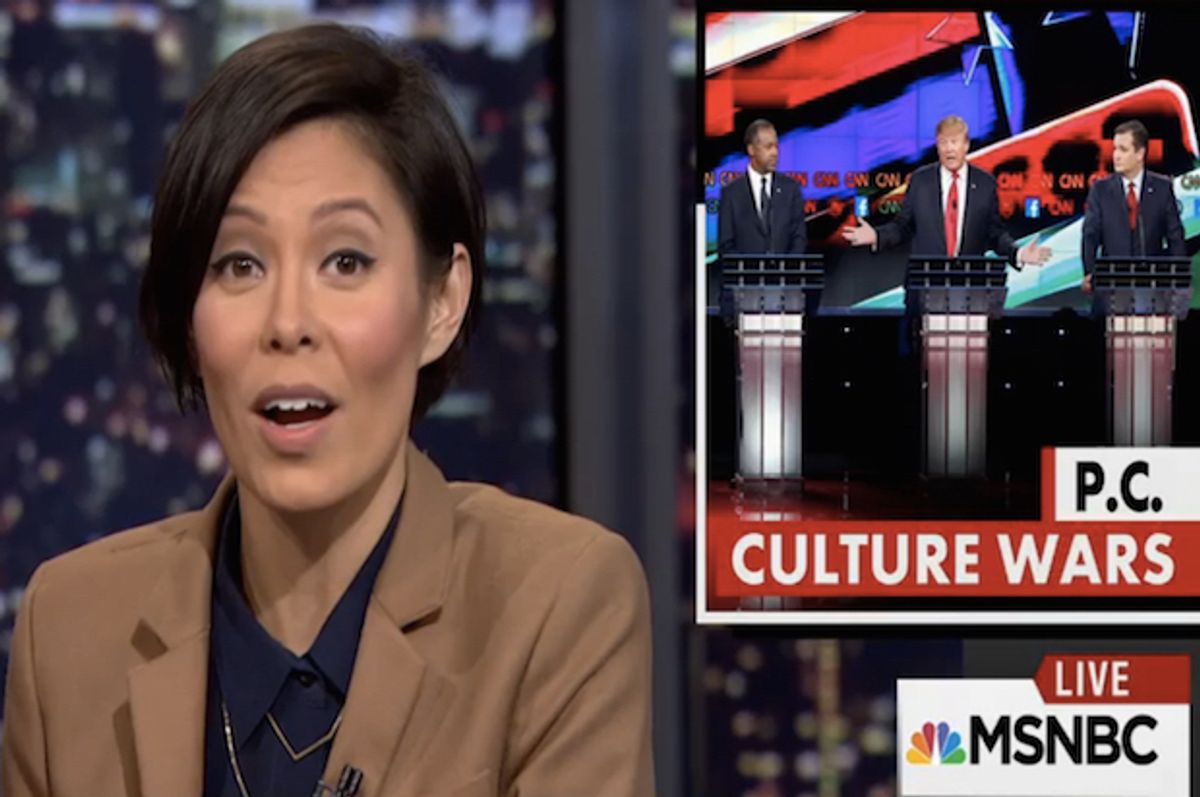 “Political correctness is killing people," Ted Cruz proclaimed at Tuesday's GOP presidential debate, blaming the recent attacks in San Bernardino on a skittishness to racially or religious profile.  The terrorists "will take advantage of our PC attitude to get us," retired neurosurgeon Ben Carson warned.

Noting "an obsession with political correctness" that spans back to the 1990s in some conservative circles, on MSNBC's "All In with Chris Hayes" Wednesday evening, guest host Alex Wagner asked if perhaps "political correctness is a cover for suggestions and ideas that are maybe unconstitutional ... or just maybe really creepy?"

Vocativ has a great rundown of all the societal ills, from divorce to Ebola, that Republicans claim can be traced back to the scourge of political correctness -- in just this year alone.

Guest and "Daily Show" co-creater Lizz Winstead distilled the conservative cries about political correctness rather succinctly: "It's like, you know, if you would just let me say racist stuff before I used to before people knew how bad it was, it was so much easier back then."

The trouble with the political correctness pejorative, guest David Sarota offered, is it is used as a euphemism for a "my way or the highway" attitude to deflect from actual policy debate.

Because the fact is, is that having a debate on the merits of those things is not a winning proposition for Republicans when it comes to -- when you look at the polls across a general election electorate.

"I think that one of the frustrating things about tossing around the phrase 'political correctness,'" Wagner explained, "is every time you try and push back and say, well, no it's not political correctness, it is like thrown back in one's face. It's almost an argument that ends in a dead end."

Watch the full conversation, via MSNBC: