Larry Wilmore flashes back to his hilarious 1977 review of "Star Wars": "I once made love on a rug that looked exactly like that Chewbacca"

The Soul Daddy movie review included classic predictions like, "You know who's gonna be a big star? Mark Hamill" 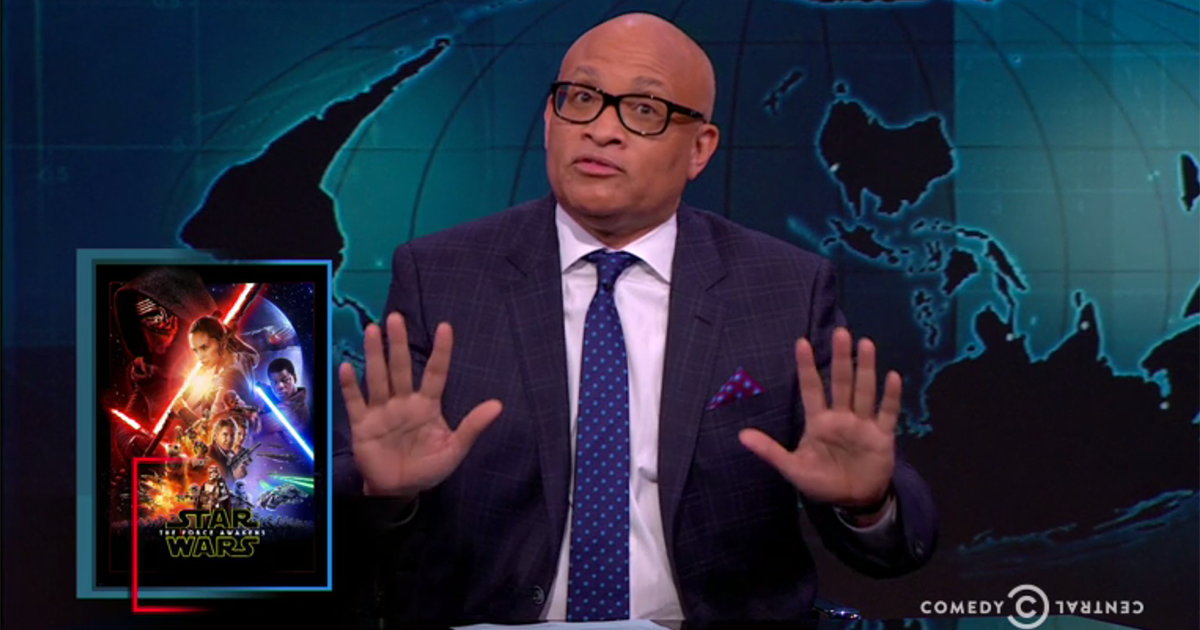 Last weekend on Melissa Harris Perry's "Nerdland," the host introduced an argument you have probably heard before if you're fans of the film "Chasing Amy," where cartoonist Charter Hooper X appears on a panel and claims that "Vader's beautiful black visage is sullied when he pulls off his mask to reveal a feeble, crusty, old white man!"

Larry Wilmore was not hearing it on Thursday evening's "Nightly Show" — going so far as to scribble a petulant letter in his Chewbacca diary, which he brings out "whenever [he] has 'Star Wars' anxiety."

"Note to self: Melissa Harris Perry, shut up," Wilmore pouted.

But did you know that Wilmore's vintage alter ego Soul Daddy reviewed the original "Star Wars?" In priceless archival footage, Soul Daddy pointed out the movie's racist tropes. "I know racist movies! They can't hide that shit from me..."

Check out the HILARIOUS review below: