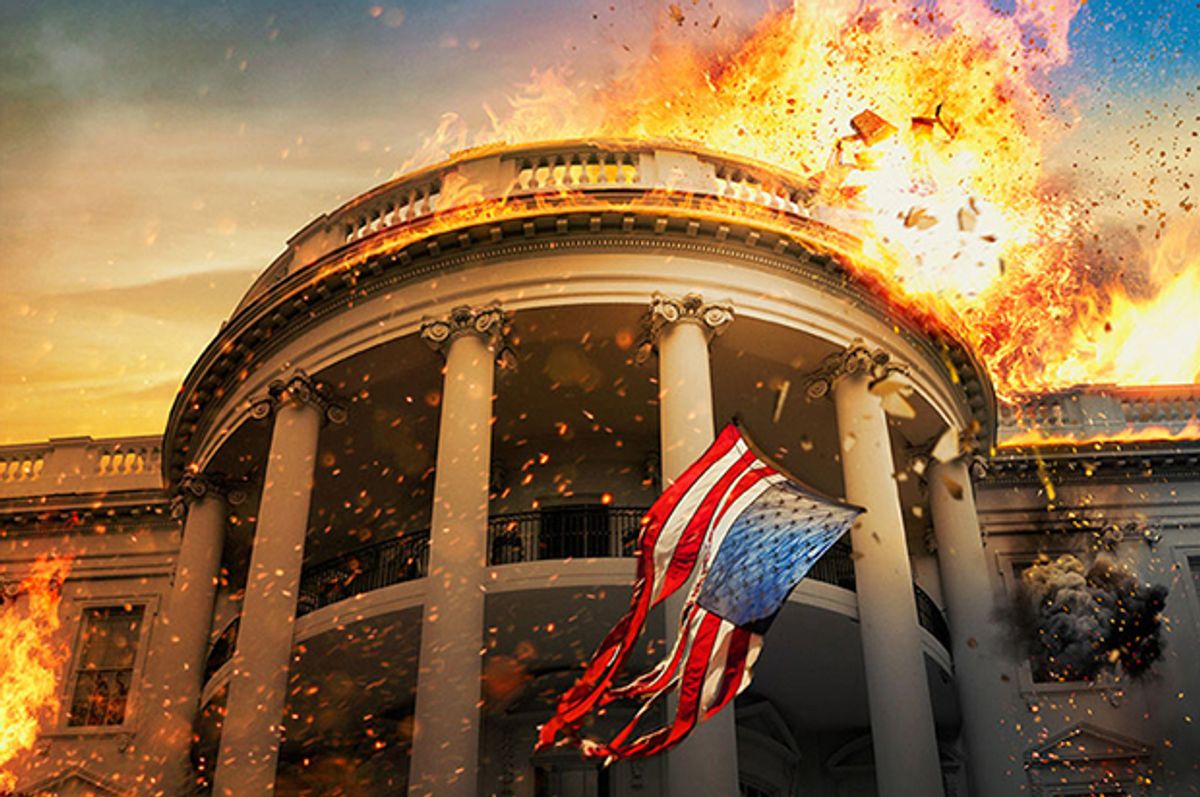 Has World War III begun? Some world leaders and journalists seem to think so. For example, Jordan’s King Abdullah recently said at a news conference that “we are facing a Third World War against humanity,” and that we must “act fast to tackle the response to interconnected threats.” Similarly, Roger Cohen at the New York Times wrote a poignant article in which he draws a number of parallels between the Syrian war and the beginning of World War I. And last September, Pope Francis visited a military cemetery in Italy and warned that “perhaps one can speak of a third war, one fought piecemeal, with crimes, massacres, destruction.”

The idea that World War III has started isn’t crazy — although neither is it obviously true. The fact is that the Syrian conflict is an international tangle of competing interests and strange alliances. Russia and Iran, for example, both support the Bashar al-Assad regime in Syria. Meanwhile, the U.S. supports the Kurds and Syrian rebels fighting against al-Assad’s forces. The U.S. is also leading a coalition of over 60 countries, and France recently started its own coalition to fight the Islamic State, as did Russia. Making matters even more complicated, Turkey is fighting against the Kurds, and the Syrian rebels are receiving additional help from Jordan, Turkey and the Gulf states.

These are just the state actors — there’s also a number of nonstate entities engaged in this conflict. For example, the Lebanese terrorist organization Hezbollah is on the side of Syria, Russia, and Iran, while the al-Qaeda affiliate Jabhat al-Nusra is fighting to topple Assad’s regime and replace it with an Islamic government. There have also been numerous Shia militia roaming around Iraq since the 2003 U.S.-led preemptive invasion, including the Mahdi Army and the Promised Day Brigade. According to the former director of the CIA, David Petraeus, such militias constitute an even greater longterm threat to the region than the Islamic State.

And then, of course, pretty much everyone is at war with the Islamic State, which has grown into the largest and best-funded terrorist organization in human history. It now controls a huge area of real estate in Iraq and Syria (on which some 5 million people live), and has affiliates in countries like Pakistan, Afghanistan, Libya, and Nigeria. This juggernaut of terrorism has also attracted foreign fighters from countries as geographically distant as Denmark, Ireland, Australia, and the US. While its initial aim, after rising to prominence in 2014, was to establish a strong caliphate in Iraq and Syria, it recently expanded its strategy by bombing a Russian commercial plane over the Sinai Peninsula and perpetrating the Paris attacks that left 130 people dead.

So, this is clearly an international war — and a messy one at that. But it’s not the first conflict of the sort since World War II. The Cold War involved countries from around the globe, divided into the Eastern and Western blocs, and the Korean War can be seen as a proxy war between the U.S. and China, backed by the UN and Soviet Union, respectively. Furthermore, the Second Congo War, which is sometimes dubbed the African World War, involved nine African nations and roughly twenty different militias. Our global village has witnessed multiple international confrontations in the seven decades since 1945. The Syrian war is just another in this series.

But there is something that makes the Syrian war unique. Whereas many of the conflicts after World War I were driven by differences in political and economic ideologies — think fascism, communism, and liberal democracy — the war in Syria involves several actors that appear to hold genuinely apocalyptic worldviews.

The Islamic State is perhaps the most obvious example. As the U.S. General Martin Dempsey noted during a 2014 press conference, the Islamic State is motivated by “an apocalyptic, end-of-days strategic vision” according to which its current leader, Abu Bakr al-Baghdadi, is the eighth of 12 caliphs in total before the world ends. It also believes that a grand battle — essentially Armageddon — between the Muslims and “Romans,” i.e., the Western forces, will soon occur in the small Syrian town of Dabiq. This is why the Islamic State “fought ferociously” for control of Dabiq in 2014, despite its military insignificance, and it’s why the Islamic State named its online propaganda magazine Dabiq. Each issue of this magazine opens with the quote: “The spark has been lit here in Iraq, and its heat will continue to intensify — by Allah’s permission — until it burns the crusader armies in Dabiq.” For the Islamic State, the Syrian war is one stage in an apocalyptic narrative that’s unfolding before our very eyes.

The reason such beliefs matter is that movements driven by “active apocalyptic” worldviews aren’t “rational actors” in the normal sense of the term. The Islamic State, for example, wants the world to declare war against it. According to a prophetic hadith, it’s expecting a total of 80 countries to descent upon its territories — roughly 20 more than the number of countries in the U.S.-led coalition. Furthermore, the conviction that “This is the war [Muhammad] promised — it is the Grand Battle,” as a Sunni fighter told Reuters in 2014, can produce a sense of moral urgency that true believers can use to justify virtually any act of barbarism or violence, no matter how catastrophic. Consequently, apocalyptic movements like the Islamic State can be far more brutal than state or nonstate actors motivated by the ideologies behind World War II, the Cold War, and other conflicts. The Islamic State wants not just a fight, but a fight to the death.

So, the biggest worry about the Syrian war isn’t that it’s World War III in the making, but that involves an apocalyptic component that raises the stakes considerably. The possibility of a catastrophe is perhaps much greater today than in past wars. In fact, the Islamic State has secretly explored the possibility of weaponizing the bubonic plague, as well as infecting its own members with Ebola and then flying them around the world. It’s also fantasized about purchasing a nuclear bomb from Pakistan, transporting it to South America, and sneaking it through “porous borders” into the U.S.” While this scenario may sound “far-fetched,” the Islamic State notes in a Dabiq article that it’s “infinitely more possible today than it was just one year ago.”

If such a device were to be detonated in New York City or Los Angeles and the U.S. were to respond by “bomb[ing] the sh*t out of them,” to quote a presidential candidate still trying to figure out the difference between the Quds Force and the Kurds, the result would probably only reinforce Islamic extremism in the region. As Graeme Wood correctly observes in an interview with the atheist Sam Harris, more bombs in Syria and Iraq would only confirm a “clash of civilizations” narrative, thereby leading “a particular type” of Muslim who’s “already inclined to believe that the West is at war with Islam” to adopt even more radical beliefs. The war between “civilizations” would thus escalate even further.

What’s the solution to the Syrian conflict — or World War III, if you’d prefer to call it that? There isn’t a good one. The U.S.-led preemptive invasion of Iraq started this mess by destabilizing the region and leading a whole generation of Sunnis and Shi’ites to believe that the end is nigh. And now we’re reaping the consequences of this foreign policy blunder, with no end in sight.