Lindsey Graham drops out of presidential race, dedicates his failure "to every bar owner" out there

"It really pisses me off," he said, "that I haven't been a better candidate, that I never got on the big stage" 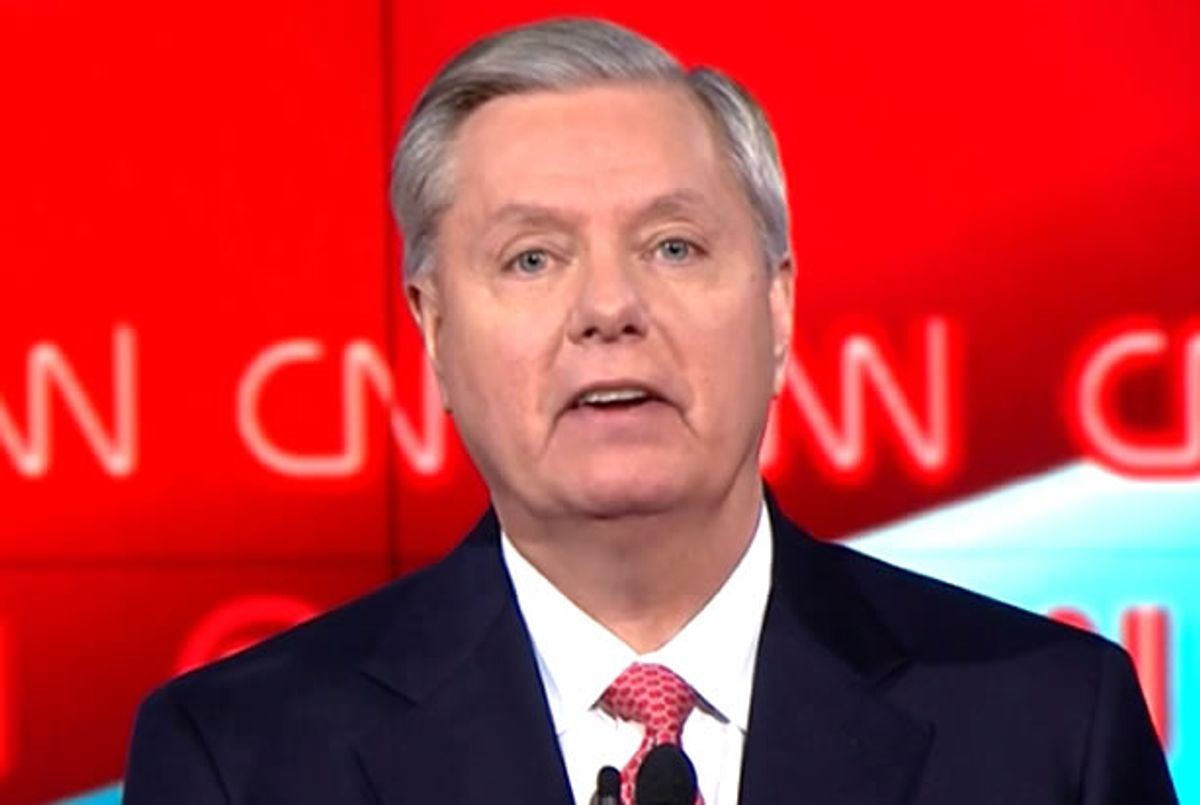 Senator Lindsey Graham (R-South Carolina) will reportedly drop out of the running for the GOP presidential nomination today.

Graham -- the only one of the GOP hopefuls to have consistently demonstrated ownership of sense of humor -- brought foreign policy credentials to an election cycle that isn't interested in foreign policy so much as foreign bluster, so it's no surprise that the Republican base rejected him.

“I’ve hit a wall here,” Graham told CNN. “I just don’t see a way for me to get on the main [debate] stage in time to make a difference."

"This is not a game show, this is not a reality show,” Graham said, taking a shot at front-runner Donald Trump. “This is no longer about 2016, this is about who are we as a party, where do we want to go and where do we take the country."

"If you own a bar, you’ve got to do two things -- you’ve got to keep the customers coming back, so you need to be funny and entertaining,” Graham said.

“You want them to drink as long as they can without getting totally drunk, you’ve got to be tough enough to keep the bar from being taken over by the loudest guy in the room, and you’ve got to be entertaining enough to grow your business.”

“So, I want to dedicate this campaign to every bar owner,” Graham concluded. “I showed that you can grow up in the back of the liquor store and even run for president of the United States.

“But that’s just about me,” Graham added. “I have no regrets about running for president. I am so glad I did this.

Watch the full interview with Graham below via CNN.