ABC buys the right's spin: This Obamacare question might have been the debate's worst — and Hillary and Bernie need to push back

The Democratic debate was marred by distractions and bad info on the ACA. Hil and Bernie need to clear that up. 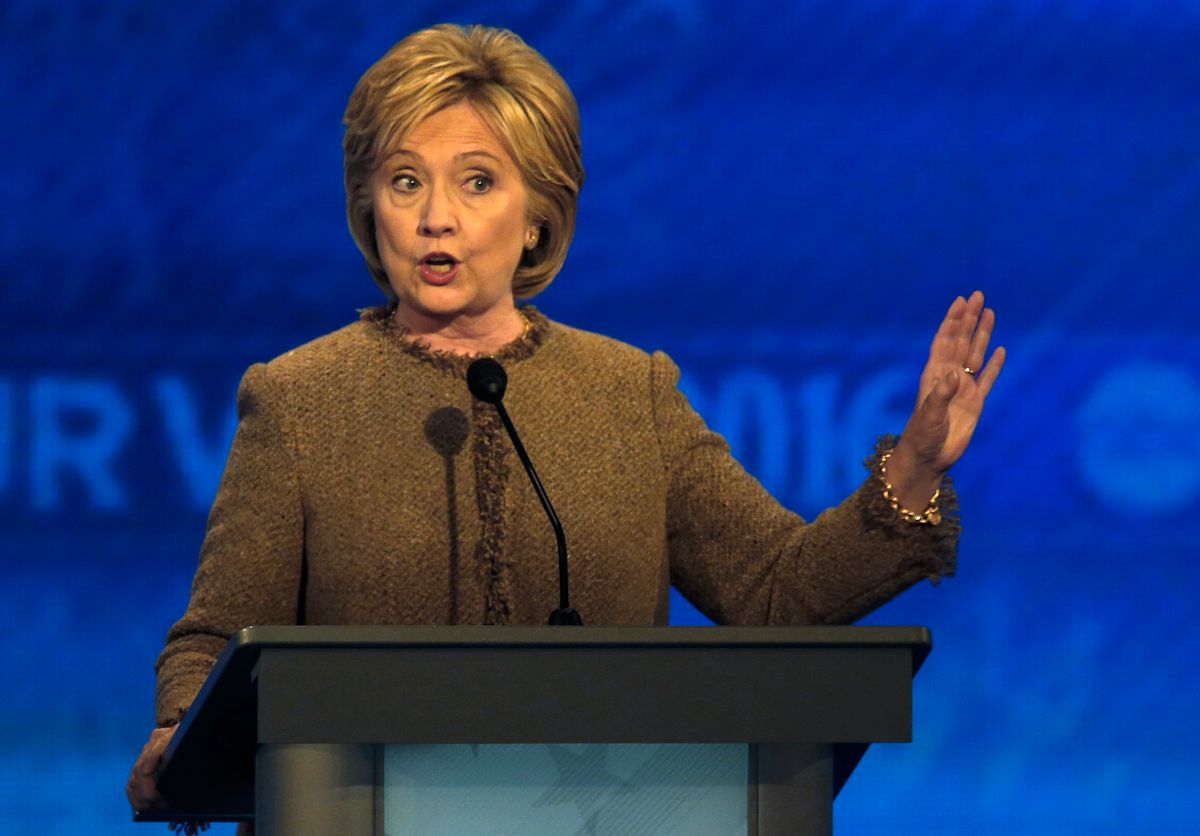 You probably didn’t watch the Democratic presidential debate on Saturday night because you’re a normal human being who has better things to do on the weekend before Christmas than watch two presidential contenders and Martin O’Malley argue about politics. But for those of you who defied the Democratic National Committee’s wishes and actually watched the debate, you were unfortunately treated to a pretty frustrating discussion about a critical issue: the Affordable Care Act.

In a question to Hillary Clinton, ABC’s Martha Raddatz noted that the number of uninsured Americans had plummeted since the Affordable Care Act went into effect, but “for Americans who already had health insurance the cost has gone up 27 percent in the last five years while deductibles are up 67 percent, health care costs are rising faster than many Americans can manage.” Having laid the issue out in those terms, Raddatz asked Clinton to identify what is “broken” with Obamacare and what she would do to fix it.

Before we get to Clinton’s answer, let’s pick apart the question, which was in dire need of some context and explanation. As TPM’s Tierney Sneed rightly points out, Raddatz’s observation about premium increases “in the last five years” includes a substantial period of time before the Affordable Care Act’s marketplaces were up and running, so “any discussion of costs over the last five years straddles the pre- and post-Obamacare worlds.” When you compare the pre- and post-Obamacare rate increases, however, you see a different picture emerge than the one Raddatz described. Again, from TPM: “Yes, premiums increased for covered workers with family coverage by 26 percent between 2009-2014. However, between 2004-2009 those premiums rose by 34 percent, and between 1999-2004 they rose by a whooping 72 percent.” The framing Raddatz put on it, however, stripped this information and presented premium increases in isolation to portray the law as “broken” – the same thing Republicans do when attacking Obamacare.

None of this is to say that the ACA is perfect, of course. And Clinton, in her answer to Raddatz’s question, acknowledged as much, calling for “a $5,000 tax credit to help people who have very large out-of-pocket costs be able to afford those.” But she didn’t push back on Raddatz’s figures, which was frustrating, and she made the mistake of referring to the ACA’s shortcomings as “glitches,” the same word the White House used to minimize the disastrous rollout of Healthcare.gov in the autumn of 2013. And instead of following up on the policy angle, Raddatz pressed Clinton on the appropriateness of her terminology. “Just glitches?” she asked. “Twenty-seven percent in the last five years, deductibles up 67 percent?” Clinton again whiffed on the chance to push back on that misleading statistic and instead defended her use of the term “glitches,” and now that’s the only thing people are talking about when it comes to the debate and Obamacare.

It’s exasperating to see the healthcare discussion still being dominated by misleading information and derailed by semantic quibbles, because there is a good, substantive discussion to be had about how the Affordable Care Act can be modified and improved upon. Health policy experts Tim Jost and Harold Pollack (both ACA supporters) just wrote a huge report laying out the Affordable Care Act’s successes and shortcomings, and offering a number of policy tweaks and updates – some reasonable, some outside the realm of political feasibility – intended to promote discussion about how we can expand coverage beyond the levels already attained and lower healthcare costs for consumers. “The ACA was the beginning, not the end, of a process that holds out the promise of transforming health insurance and health care for the better,” Jost and Pollack write in their conclusion.

This is the discussion we should be having, given that the ACA is the new healthcare reality. It has survived multiple Supreme Court challenges, overcome its shambolic implementation, and set a new benchmark for healthcare coverage in the country. It isn’t going to be expunged overnight, the promises of Republican presidential candidates notwithstanding, so we’d all be better served by focusing on how to fix the kinks and improve the stuff that works.