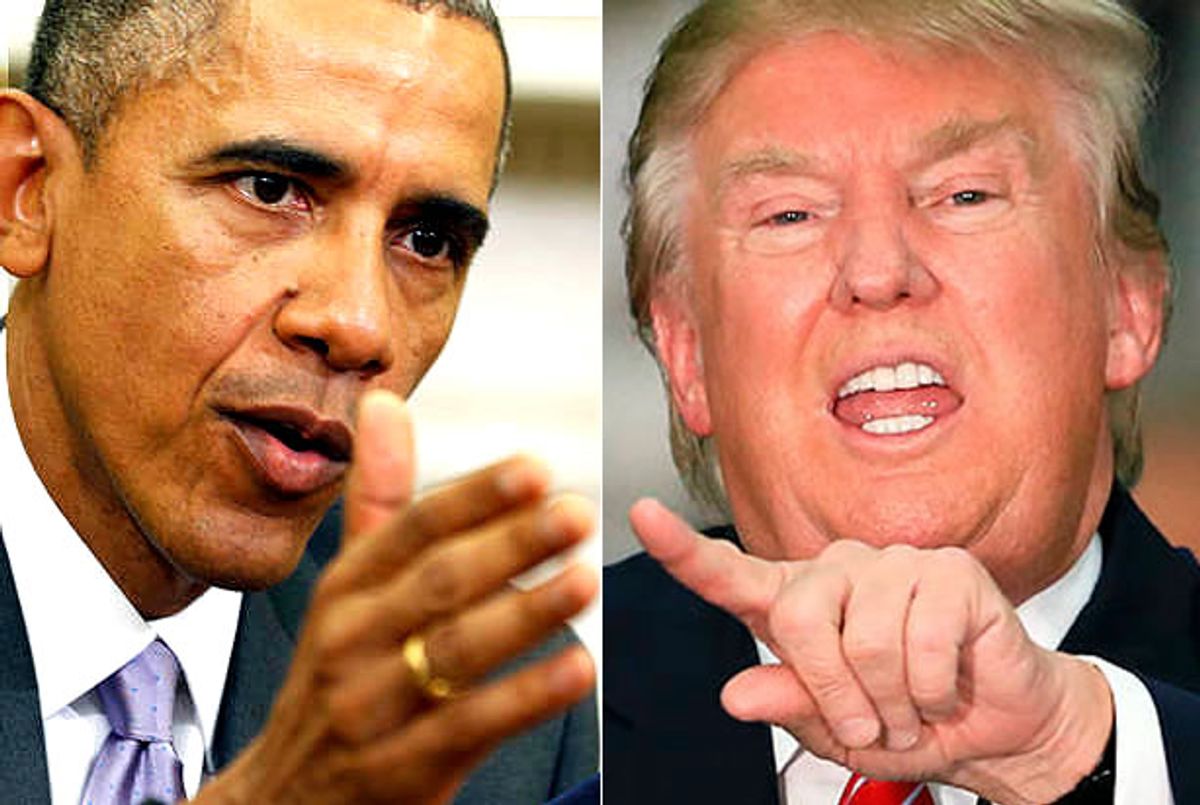 President Barack Obama -- who, it goes without saying in most quarters, isn't running for president in 2016 -- attacked Republican front-runner Donald Trump in an interview aired Monday on NPR, saying that Trump is exploiting white working-class fears in order to win the GOP nomination.

Changes in demographics are "flatlining" wages, he said, "particularly [for] blue-collar men have had a lot of trouble in this new economy, where they are no longer getting the same bargain that they got when they were going to a factory and able to support their families on a single paycheck."

"You combine those things, and it means that there is going to be potential anger, frustration, fear -- some of it justified, but just misdirected -- [and] I think somebody like Mr. Trump is taking advantage of that. That’s what he’s exploiting during the course of his campaign."

The president was surprisingly forgiving about those factions of the Republican Party who are convinced that he is personally responsible for America's downfall. "If you are referring to specific strains in the Republican Party that suggest that somehow I’m different, I’m Muslim, I’m disloyal to the country, etc." he told NPR's Steve Inskeep, they're "pretty far out there."

But unfortunately, the president added, they receive "some traction in certain pockets of the Republican Party, and that [has] been articulated by some of their elected officials -- what I’d say there is that that’s probably pretty specific to me, and who I am and my background."

Magnanimous as the president's claim that the GOP's racism is entirely a result of his presidency, it clearly runs deeper, as Obama's comments were so inflammatory they momentarily made the Drudge Report forget exactly what "playing the race card" meant: Conventionally, "playing the race card" refers to calling other people racist, not claiming that other candidates are "exploiting" extant ethnic and economic divides. Though perhaps the president was correct to identify himself as the origin of this sentiment -- after all, he can't mention race at all, in any context, and not be accused of "playing the race card" by "certain pockets of the Republican Party."