Ghost writer of Trump's first campaign book confirms what we already know: What he truly believes is a mystery 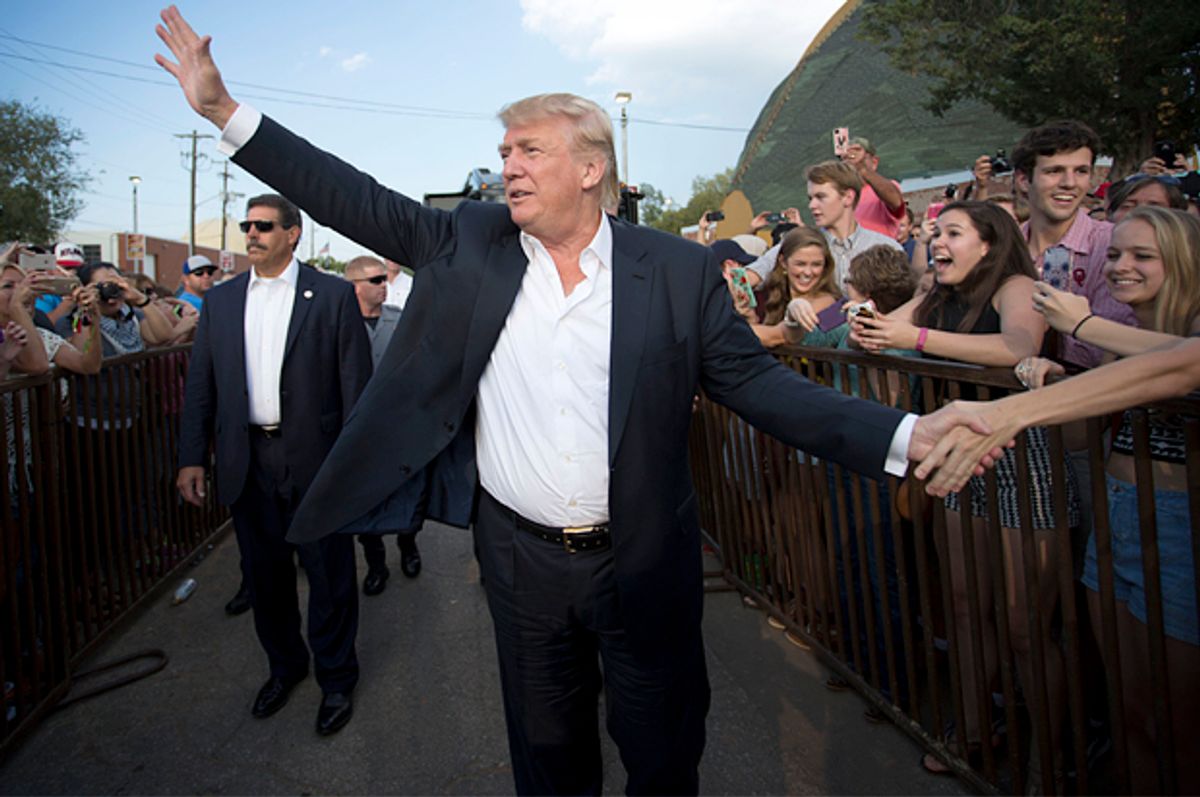 Donald Trump’s first campaign book, “The America We Deserve,” was published in 2000, when the real estate mogul began flirting with political office. Like most campaign books, it was not written by the person whose face adorns the cover. Instead, the 286 pages of gas came from a ghost writer named Dave Shiflett.

Ghost writers, especially those working in politics, have rare access to their subjects. They see what the rest of us don’t. Indeed, it’s their job to project a certain image of their client, to paper over the warts with carefully distilled bullshit. In Trump’s case, there’s likely much to hide.

Luckily, Mr. Shiflett was kind enough of to publish an article in The Wall Street Journal this week, offering some insights into the man behind the shimmering spectacle we see today. The results were mostly unsurprising.

“Mr. Trump and I made a pretty good team. He needed words, I needed money, and together we explored what he would do if he became president. I have long considered the resulting book my first published work of fiction. Yet the world has gotten very strange since then. In a shock to Main Street, Wall Street, Sesame Street and probably lots of people who believe in a benevolent deity, Mr. Trump has leveraged fear of Islamist mass murderers, concerns over a slack economy, and widespread disdain for the forces of cultural bullying into a forceful lunge for the presidency. He’s serious about the job, and plenty of people are serious about him.”

Shiflett appears as surprised as anyone that Trump, who never took any of this seriously, has cleverly fumbled his way to the top of the Republican polls. Shiflett had no illusions about Trump’s intentions at the time. “This is a vast change from 2000,” he writes, “when Mr. Trump (by my estimation) was simply another rich guy out on a lark, forming an exploratory committee and flirting with running under the Reform Party flag. He was bombastic but out to make headlines, not history.”

What’s interesting is that Shiflett seems to think Trump is now “serious about the job.” That’s an odd conclusion to draw, especially from someone who’s seen the Trump hype machine from the inside. Based on Shiflett’s observations, it seems rather obvious that Trump was and is a political entrepreneur. For example, Shiflett points out how concerned Trump was about striking a civil tone in the book:

“Mr. Trump also pronounced himself a big fan of diversity, inclusiveness and civility. Soon after sending in the first draft of the book I was summoned to New York by his longtime assistant, Norma Foerderer (who died in 2013). To this rustic hack, she was the epitome of the sophisticated New Yorker: bright, attractive and the possessor of penetrating eyes that would have made a firearm redundant…. The draft was too ‘strident’ and would have to be toned down. So crucial was this demand that it could not be given over the phone. Such was the importance of making sure the boss wagged a civil tongue.”

Recall that in 2000 the political climate was very different than it is today. This was pre-9/11 and pre-Obama and there wasn’t nearly the amount of hysteria and vitriol in the body politic. So Trump, naturally, wanted to project an image that suited the time. The 2000 book, as Shiflett notes, began by denouncing “the murder in Wyoming of the young gay man Matthew Shepard, the harassment of Jews and all other ‘hate crimes.’”

This message is perfectly antithetical to what you hear from Trump today. And the reason is simple: the climate has changed and he’s giving the people what they want, like any good entrepreneur. The truth is that no one really knows who Trump is or what he believes – perhaps Trumps himself doesn’t know at this point.

Trump is the well-to-do son of a real estate titan who, as Shiflett put it, “acts as if he had been raised in a barn.” The key word is “acts.” That’s what Trump is doing, and it’s working.

Shiflett, of all people, should know that.