Rachel Maddow eviscerates Donald Trump for claiming "I hate these people, but I'd never kill them" — that's what his "9,000 maniacs" are for

"These people," Trump said of protesters reluctantly, "I'd never kill them -- but they're disgusting, lying people" 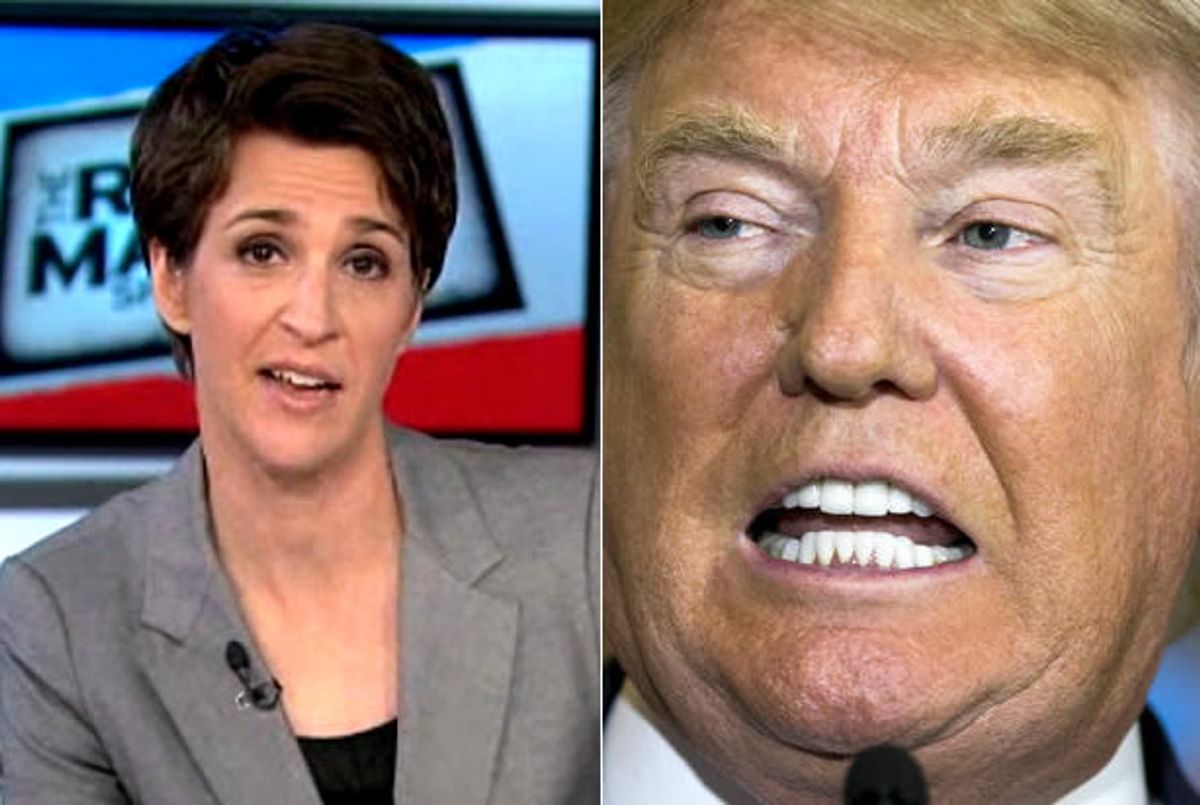 On "The Rachel Maddow Show" Tuesday evening, host Rachel Maddow played clips of Donald Trump with a condescending shovel digging what would -- in any other election cycle -- be his own electoral grave, before rightly criticizing him for his faux-magnanimous declaration that he "wouldn't kill...these people" who disagree with him.

The racism, sexism, and classism of previous election cycles "seem so harmless, seem so quaint," Maddow said, when compared to what Trump is currently offering. "They said [Vladimir Putin's] killed reporters," Trump said in the clip Maddow aired, "I don't like that, I'm totally against that. By the way, I hate some of these people, but I'd never kill them." By "these people," he was of course referring to people who were protesting him.

"But," he added, "some people are such lying, disgusting people -- it's true, it's true -- but I'd never kill them, and anyone who does would be despicable." His comments were met, not surprisingly, with much applause.

He then suggested that those protesting were "drugged out," because "honestly, who else would do this?" Maddow pointed out that Trump praising these protesters for their bravery, as they "stood up in front of 9,000 maniacs who want to kill them" is a little disturbing, given that the "9,000 maniacs" in question were all Trump supporters.