"It might be emotional appeals I can't respect, but he knows that you have to appeal to the voter," Colbert said 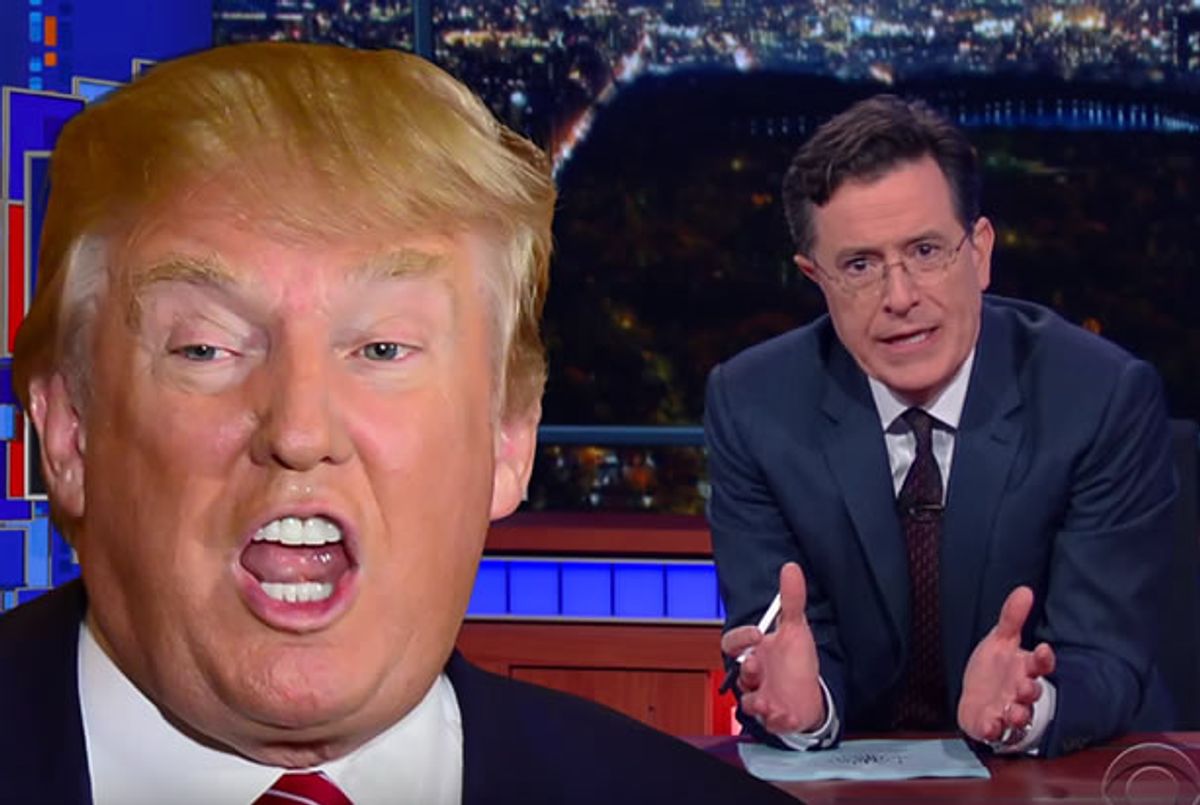 Politico's Nolan McCaskill reports that on "Face the Nation" this Sunday, Stephen Colbert will reprise the role of "Stephen Colbert" and sort of kind of endorse Donald Trump for president.

"There’s a populism to Trump that I found very appealing," Colbert will tell CBS's John Dickerson. "The party elders would like him to go away, but the people have decided that he is not going to."

"I may disagree with anything that he's saying and think that his proposals are a little -- well, more than a little shocking. But there is something really hopeful about the fact that, well, 36 percent of the likely voters want him so the people in the machine don't get to say otherwise."

"That's the one saving grace of his candidacy," Colbert will add.

"There sounded like there's a little bit of Trump respect in you for his ability to channel the populist," Dickerson will ask.

"What I do respect is that he knows it is an emotional appeal," Colbert will answer. “And it might be emotional appeals that I can't respect. But he knows that you have to appeal to the voter. And that's why, I may be wrong -- I made a big deal about there's no way he's gonna win."

"Again, though, I don't know anything about politics," he'll conclude.