"Mele Kalikimaka," for the record, is also an obscure song by noted terrorist sympathizer Bing Crosby 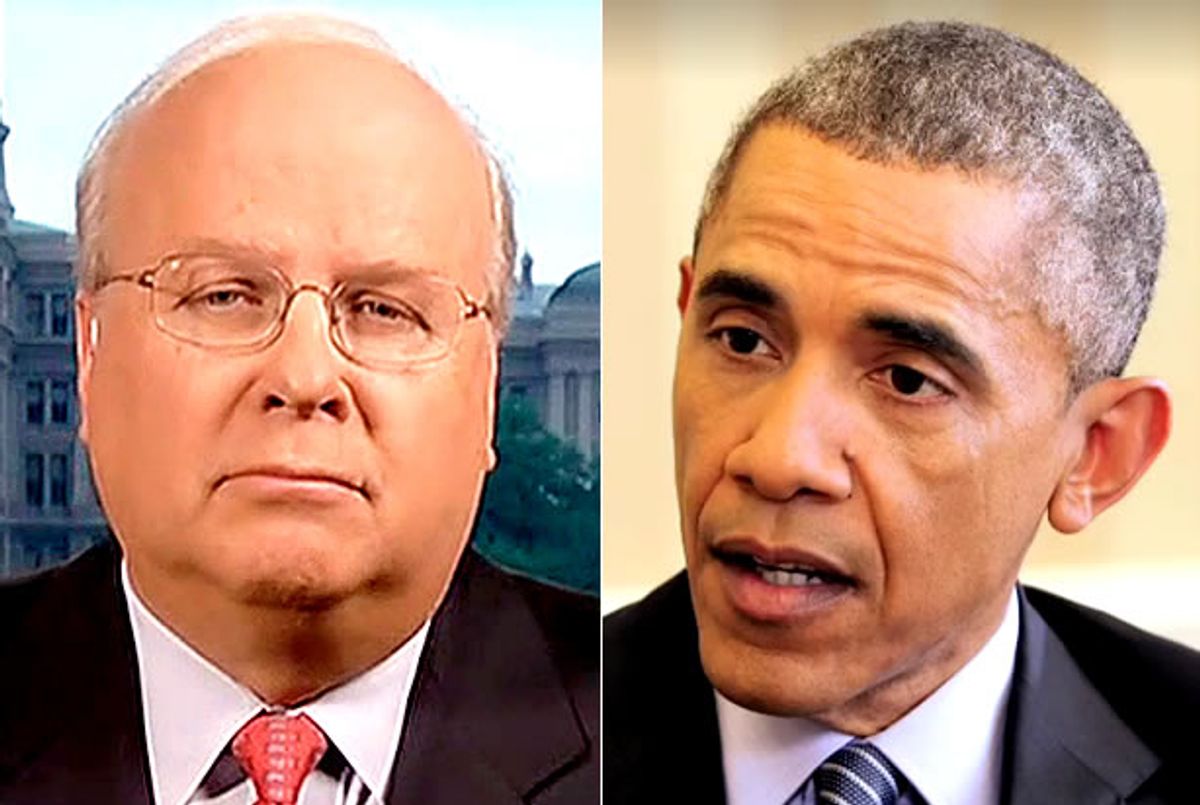 Former "Bush brain" Karl Rove published an editorial in the Wall Street Journal yesterday in which he complained about President Barack Obama's "odd" decision to wish Americans "Merry Christmas" with foreign-sounding Hawaiian words, which he linked via juxtaposition to statements the president made about ISIS in an interview with NPR's Steve Inskeep earlier this week.

"Before leaving for his annual Hawaiian Christmas vacation, President Obama found an odd way to wish Americans 'Mele Kalikimaka!'" Rove wrote. "In an interview with National Public Radio, he discussed Islamic State, also known as ISIS. While admitting that 'they can hurt our people and our families,' the president once again played down the terrorist threat."

Rove seemed particularly upset that Obama's Christmas greeting was made around the same time he said that ISIS "is not an organization that can destroy the United States -- this is a not a huge industrial power that can pose great risks to us institutionally or in a systematic way."

"Mr. Obama," he wrote, "should try telling the families of the nearly 3,000 people killed on 9/11, and the Americans who saw two great buildings topple, that al Qaeda’s attacks that day were not 'catastrophic.'" Such words coming from the publicist of a war that killed more people than the terrorists did on September 11, 2001 would be a spectacular bit of irony were it not for the actual deaths he's responsible for -- not that he's cognizant of that, eager as he is to start another conflict with unattainable goals.

"ISIS has already destabilized the Middle East, drawing Iraq deeper into Iran’s orbit and giving Russia an opening to return to the region from which it was ejected in 1973," he wrote, seemingly eager to alight those old conflagrations again. "Because of the threat posed by Islamic State, the U.S. is no longer actively pressing for the ouster of the Syrian dictator Bashar Assad. Instead, America is seeking to cooperate with Russia."

Read the entire article at the Wall Street Journal...