My child is not in heaven: Your religion only makes my grief harder

Losing a newborn is always hard, but grieving as an atheist in a world of believers added loneliness to grief 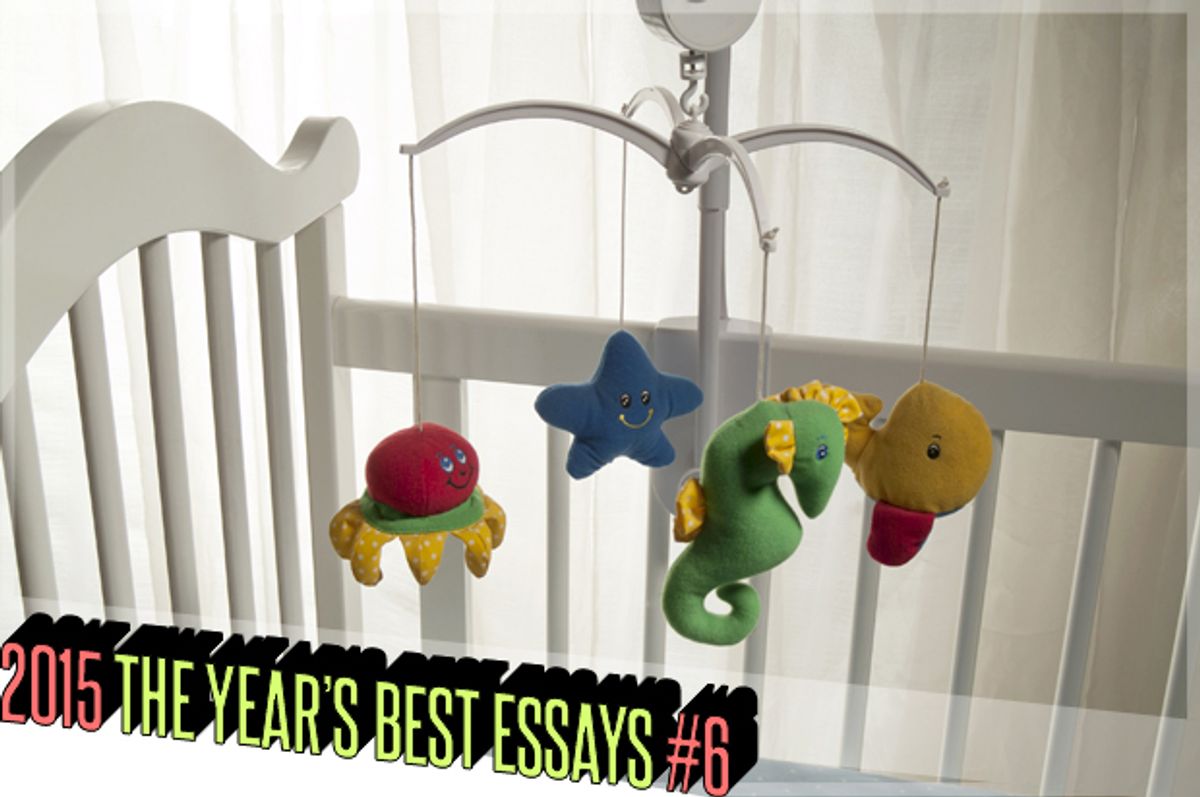 My daughter was born three years ago. I went into pre-term labor at 22 weeks gestation, and try as they might, the doctors could not keep her here with us. Her short life, just eight hours long, has marked my life and my husband’s life deeply. Margaret Hope (or Maggie, as we refer to her) continues to exist with us in her own way, but this persistence has absolutely nothing to do with god or Jesus or angels or any other specific afterworld. This is what works for us as parents. It’s what works for about 2 percent of the U.S. population who currently identify as atheists, and for about 20 percent who are agnostic or unaffiliated with any particular set of beliefs.

Being an atheist in a believer’s world can be difficult at times, especially when some of the more fervently religious are close family or friends. It’s even more daunting when faced with grief and death. Christians believe that when we die, we either go to heaven or hell. Many, of course, believe babies go to heaven because they are, well, babies. When our daughter died, my husband requested to have our baby baptized, fearing in some way for her soul, a remnant of his Catholic upbringing. There was no time for a traditional baptism while she was alive but her NICU doctor performed the rite for her while we held her in our arms for the first time, our tiny, frail, lifeless daughter whose eyes never even got a chance to see. It felt bizarre to me, but I allowed it because my husband was suffering and it seemed to bring him some comfort. Later, as reality hit harder, he would lose all faith as I had done.

After we left the hospital, we were faced with the task of whether or not to hold some sort of memorial service for Maggie. Part of me wanted to go to the Unitarian Universalist church, as that is the only place I’d been where I felt like my agnostic views were still respected, where I could still enjoy some semblance of spirituality while remaining non-religious. At the time, however, I was an emotional mess and could not do much to contact anyone or even make any suggestions.

Fortunately, my brother stepped up and arranged a service at a church in Miami Beach (where Maggie “lived” for most of her brief life). While it was technically a Christian church, the fact that they were supportive of the LGBTQA community, plus their commitment to serving the homeless made me feel like this was a place I would be comfortable bringing my daughter, even after death. In a small, cosmic joke, we also appreciated the fact that the pastor was named “Hunter” Thompson.

Those around us did their best to offer words of comfort, but after a while, I became tired and even resentful of the comments about my daughter needing to go be with Jesus. Worse still, I isolated myself so I wouldn’t need to hear their “comforting” words because all they did was make me feel worse. Like so many other non-believers, I cannot wrap my head around the idea that there is some supreme being that allows these sorts of things to happen, commands them to happen. Being a bereaved parent is hard enough, but being one when you don’t believe in god is something else altogether.

The thing is, though, if you tell someone of faith that you don’t believe your child is in heaven, you’re met with confusion, or sad looks, or sometimes even a bit of anger. People don’t understand how or why you wouldn’t want to believe that your child is in a better place. Quite often, they take it as a personal attack on their belief when it’s really more about being honest about your own grief. It’s funny how inconvenient my lack of faith as a bereaved mother can be for those on the outside. (Actually, it’s not funny at all.)

I sought out support groups in my area, but could not find any that were not held within a church. I did not feel comfortable going to one of these places for fear of verbally assaulting anyone who might suggest my daughter had earned her angel wings. It made me want to shake people until they realized that maybe she died simply because people die. Maybe she died because there were errors made in the care I received at the hospital I visited twice in the week before she died, where those who saw me shrugged off that I was spotting without reason. Maybe she died because I was unable to visit a new doctor because the office refused to see me without receiving the paperwork from my previous doctor in Miami, whose office continuously forgot to fax over my records, leaving me without regular medical care for weeks. Maybe she died because I had experienced tremendous stress after being fired from my job due to early pregnancy complications that required me to miss work, causing me to go on Medicaid in the first place, resulting in the aforementioned doctor shuffle. Maybe she died because of any other reason except that it was god’s will. Maybe it was more about socio-economics and my own personal health than about imaginary lords in the sky.

I knew I couldn’t be the only one who felt this way. After some searching, I found a few Facebook groups for people like me: people who were grieving but were done with believing. One of the groups was a general bereavement group. Here, people from all over were telling the stories of their grandfathers who just passed away from Alzheimer’s, their sisters who succumbed to lung cancer, their best friends who hanged themselves when things got to be too much, their mothers who died of old age, their sons who were killed in car accidents.

I told my story and found a sense of community, but I did not feel like I could share my grief as openly because I hadn’t yet gotten to know my daughter the way they knew the people they had loved and lost. All I knew about her was that she enjoyed "The Little Mermaid" (because she kicked wildly when I sang along to all the songs in the film), that she enjoyed the first few chapters of "The Little Prince" and that she was my very best friend for a brief period of time. But I did not know her the way others in the group knew their loved ones with whom they’d shared years of memories.

Eventually, I found a group specifically for agnostic and atheist mothers who’d lost their young babies, either due to miscarriage, stillbirth, prematurity, SIDS or other causes. This group became my home for a long, long time. I met and befriended so many women who had been through nearly the exact same thing I had been through: mothers who also lost their babies at 22 weeks; mothers who also went into pre-term labor, with no explanations; mothers who were grieving their entire futures who did not believe in god and instead found comfort in things like the First Law of Thermodynamics or in the words of great thinkers like Carl Sagan and Neil deGrasse Tyson about how we are just a tiny speck in the universe, that there is something so much bigger out there that we are only beginning to understand. Believe it or not, this is extremely comforting to those of us who don’t believe in a god. These are the things you can say to a non-believer who is mourning a loss.

October is Pregnancy and Infant Loss Awareness Month, and while there are countless parents grieving publicly via Facebook and Instagram, posting messages of how their babies have earned their place in heaven, those of us without organized religion are left on the sidelines. Some of us still refer to our babies as angels, though not the kind that float on clouds by pearly gates. We simply lack the language to describe our loss without resorting to theistic terms.

Agnostics and atheists understand why people have faith. We understand it brings them comfort. At times, I wish I could believe that my daughter is watching over me right now while enjoying a beautiful and eternal afterlife. But that’s just not what I believe. Instead, I imagine her in all sorts of places. Maybe her energy shot out into the stars. Perhaps some molecule of her is dancing around on Jupiter. Other times, I think about much of her remaining in my heart, as science tells us part of every child’s DNA remains forever with her mother, a fact that does bring me great peace.

Maggie's physical remains are in a plastic, white box, swaddled in her hospital baby blanket, and placed inside my bedroom closet, still waiting for the day I am willing to part with them. I really don’t know what happened to her soul, if such things even exist. And while it may comfort you to say to me that my daughter is in heaven, it does absolutely nothing for me or for the countless others who don’t subscribe to your brand of faith — and that is OK.

Priscilla Blossom is a freelance writer, Latina feminist, and aspiring yogi based in South Florida. She is a contributor to Hello Giggles, USA Today's 10Best, and Bustle sister-site, Romper. You can find her on Twitter and Instagram @PrisBlossom, blogging at prisblossom.wordpress.com, writing a book of her Kerouette travels around the States, or making magical memories with her son, Willy B.