Donald Trump doesn't need ads to get his message out, but going on the air helps people envision him as president 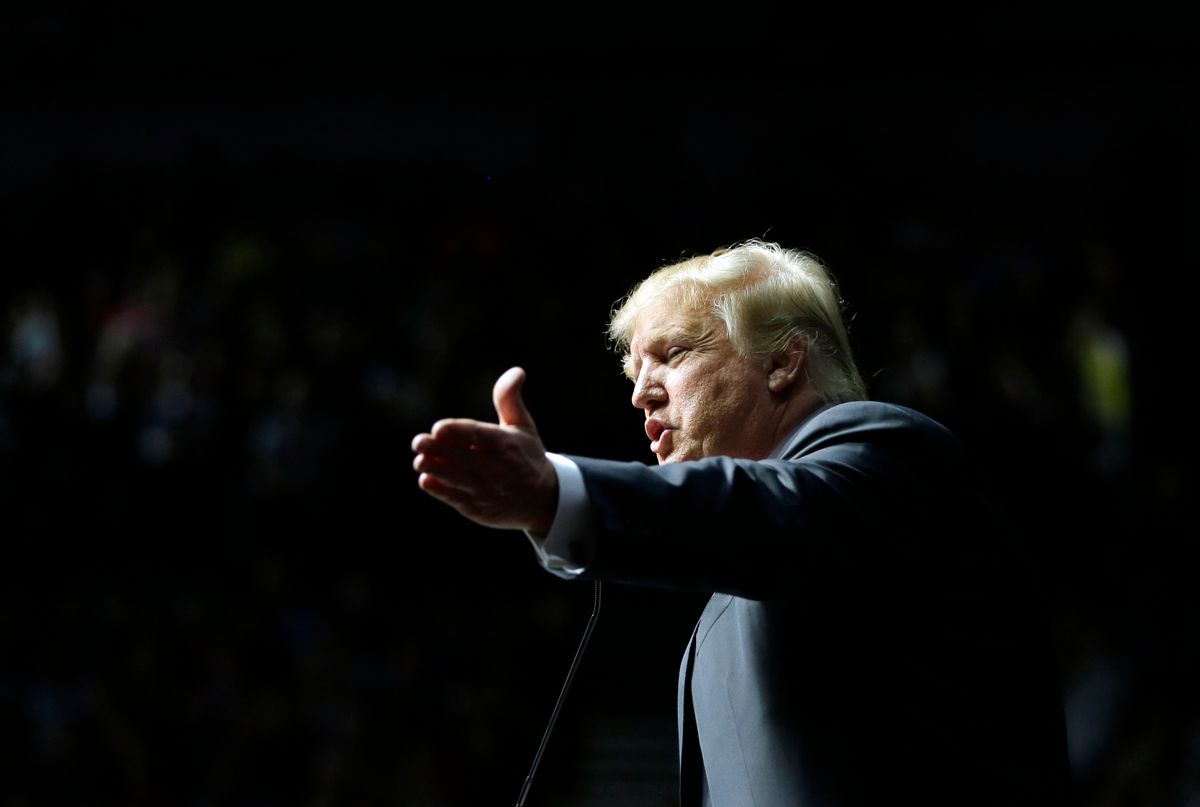 One of the most peculiar aspects of the 2016 Republican presidential race is the constant, ongoing search for the “real” front-runner. Is it Marco Rubio? Or is it Ted Cruz? Could it be Chris Christie? Is Jeb Bush perfectly positioned to take this thing? Every other week we’re treated to a new, elaborate explanation for why the most likely person to capture the Republican presidential nomination is not the candidate who has maintained an as-yet unassailable lead in national polls and much of the state-level polling: Donald Trump.

A big reason for this, I suspect, is that it’s just too difficult for people to actually picture Trump as a major party’s nominee for president. We’re all accustomed to the popular stereotype of the modern presidential candidate – staid, professional, funny in only the most inoffensive ways possible, and rigorously scripted – and we expect our candidates to stay within those bounds, even as we complain bitterly about them being “too scripted.” Trump defies the stereotype. He has an outlandish sheaf of hair perched atop his fleshy dome, he has seemingly little control over his facial muscles, he invents words and phrases on the fly (“bigly,” “a total not-good”), his policy positions are flagrantly illegal and proudly immoral, and he’s a sexist and racist lout.

Trump, I’m sure, is acutely aware of how he’s perceived, and assuming that he is serious about winning primaries, securing the nomination, and winning the presidency, he probably understands that being outrageous and Trump-ish can carry him only to a certain point. He needs people to be able to see him as a real candidate, and not just as Donald Trump.

That’s why I found it interesting that Trump, who up to this point has happily coasted along on endless free publicity from media outlets that will do write-ups of his individual tweets, is planning to sink many millions of dollars into a “major ad blitz,” as reported by Fox News:

The initial wave of ads will focus on Trump’s vision and his stance on key issues—no bio spots necessary for the celebrity candidate—but that could change if any GOP rivals target him with negative commercials. “If you attack Trump, he will attack you 10 times as hard,” an adviser says. “We will not allow any attack to go unanswered.”

The Trump camp is working with a Florida-based advertising firm, as widely reported, but also with several other media companies, some of which are well-known in the political community, the sources say.

As Ed Kilgore notes, Trump’s involvement with established political vendors is “another sign that Trump is gradually being accepted… as an entirely legitimate candidate.” But this also means that the Trump message – which has been promulgated through ad-libbed campaign speeches, slapped-together Instagram “videos,” and serial retweeting – will now get the professional glitz and gloss that other candidates employ in their own ads. We’ll have the candidate himself, staring into the camera, laying out a rehearsed and scripted version of his platform before saying to voters “I’m Donald Trump, and I approve this message.”

This planned advertising surge is significant because Trump knows he doesn’t need advertising to get his name out there or to get his message across. As the New York Times’ Emma Roller writes, Trump is capable of effortlessly going viral because he is “volatile in nature and allergic to nuance.” He understands how to play the modern media and spin any sort of media coverage to his general advantage. Nightly newscasts have covered Trump more than they have the combined Democratic field.

If he goes through with this ad blitz, it will be to start edging people toward thinking about Trump more as a “real” candidate as they’re generally understood. It’s one thing for people to view Trump as the guy who boasts about winning and embarrasses Jeb Bush on the debate stage, it’s quite another if they can actually start envisioning him as president.