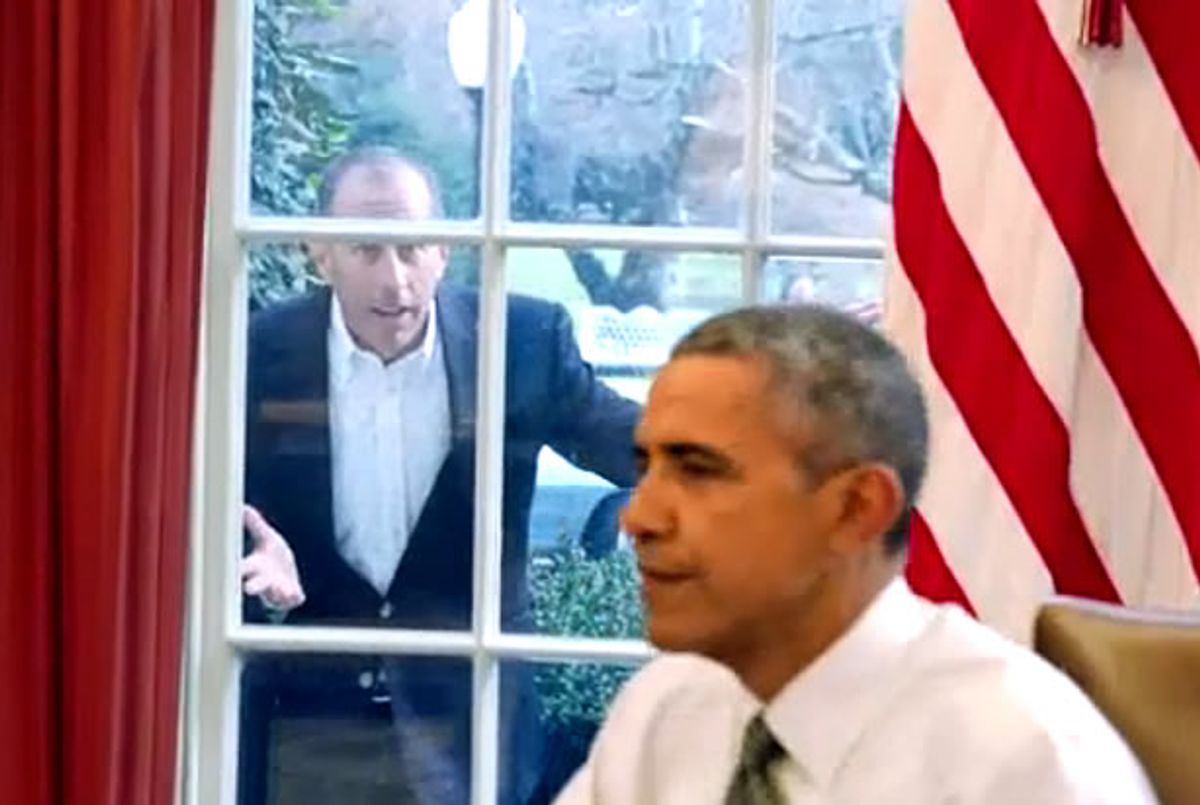 For the Season 7 premiere of "Comedians in Cars Getting Coffee," Jerry Seinfeld brought President Barack Obama along for the ride -- even if that ride only consisted of a few quick circles around the White House grounds.

When the pair attempted to leave the grounds in the 1963 Split Back Corvette the comedian had brought for the president to admite, they were stopped by a guard who insisted they turn around. "Just tell him you're the president," Seinfeld implored him, but the guard cut Obama off.

"You are a comedian with the president and you're going nowhere," he said. "Back it up."

Safe within the confines of an underground White House cafe and forced to brew their own coffee, the president and the comedian delved into the most important issues of the day -- Larry David's personal hygiene and what percentage of world leaders "are just completely out of their mind."

"Because some of these people," Seinfeld replied, "you must meet them, be chatting, then you look in their eyes and think, 'This guy's gone.'"

"Part of what happens is these guys," the president speculated, is that "the longer they stay in office, the more likely that is to happen. At a certain point, your feet hurt, you're having trouble peeing, but you have absolute power."

"Privilege," Seinfeld replied, "is toxic. Money has a toxic effect on [people's] judgments." Obama agreed, and "probed" Seinfeld as to whether that's "happened to him yet."

"How do I seem to you?" the comedian replied. "Do I seem spoiled?"

"I don't know, right now you seem like a completely normal guy," the president answered, before noting that Seinfeld was most likely "putting on an act" like everyone does when speaking to the leader of the free world.

But Obama really seemed interested in learning how Seinfeld remained "grounded," asking him whether, "at a certain point, you thought to yourself, 'I'm more than just a comedian. I'm going to make the Jewish version of "Citizen Kane."'"

Watch the entire interview below via Crackle.