Power, the election and a sneaky strategy: Why you shouldn't applaud Congress for actually doing something in '15 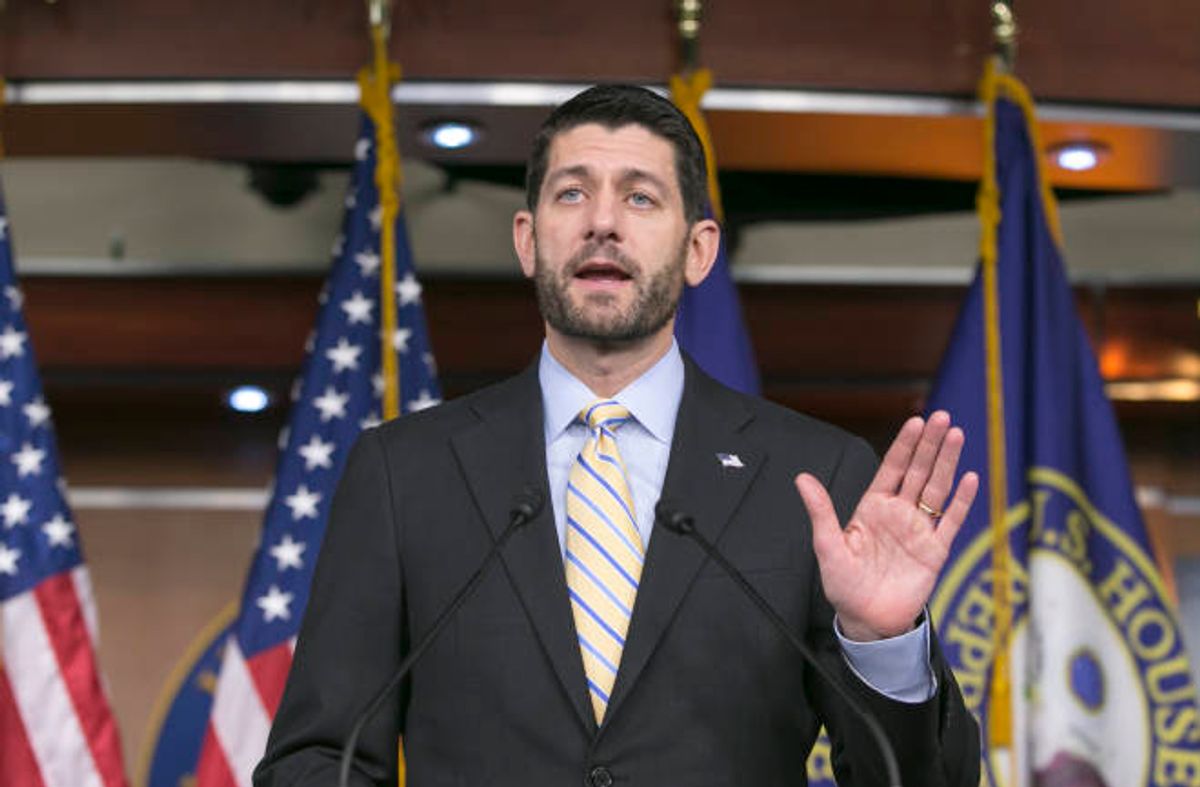 Former professional #Slatepitcher that he is, Vox’s Matt Yglesias argues in a recent post that 2015 was not as bad a year for American politics as the conventional wisdom insists. Sure, you might think of 2015 as the year of terrorism and Donald Trump. But according to Yglesias, that’d be missing the big picture — and it’d be ignoring a major positive development that happened last year, too.

And what is that positive development? The fact that 2015 was, as Yglesias puts it, the year “when Congress actually started working again and passing bills.” Not only bills to keep the government from shutting down, either, Yglesias writes. But “major substantive bills that addressed big questions of national policy.” For the first time in years, it seems, the system looks like it just might kinda-sorta work!

Well, forgive me for raining on what is an already sparsely-attended parade, but this strikes me as basically completely wrong. It’s true that Congress got more done in 2015 than it has since 2010. But that shouldn’t surprise us. The problem was never Congress; the problem was (and remains) the Republican Party. And commending the GOP for allowing the Congress it now runs to function risks making the problem even worse.

To understand why that is, though, we need to back up for a moment and remind ourselves of how we got here in the first place.

The quick-and-dirty version of the story goes something like this: In 2014, after spending six years obstructing President Obama and Congressional Democrats to an unprecedented degree — a strategy devised before Obama was sworn in —  Republicans finally won full control of Congress. It wasn’t pretty; it led to multiple constitutional  crises, a weak economic recovery, and historic levels of public dissatisfaction.

Republicans had effectively thrown down a gauntlet: If they were not in control of Congress or the White House, if they were truly a minority party, then they simply would not allow the federal government to work. They would bring it to a halt. They wouldn’t just take their ball and go home; they’d poke a hole in everyone else’s. If they couldn’t run the government, then they’d make sure no one else could, either.

This strategy went against many of America’s long-established political norms, with the traditional belief in the virtue of compromise being especially hard-hit. It caused dozens of analysts to worry that the structural integrity of the U.S. governmental system was imperiled. It suggested that Congress had turned into a kind of ersatz, dysfunctional parliament. For everyone except the GOP, in other words, it was not good.

That’s the relevant dynamic regarding Republicans in Congress. You’ll notice that it’s not one for which a relatively productive year makes any difference. No one doubted that Republicans were able to reach the bare minimum of competence, if they wanted. The question was always whether they’d do so even if it weren’t in their immediate self-interest. They wouldn’t before, and there’s no reason to think that their mindset changed in 2015.

So when Yglesias writes, as he does later in his post, that Republican leaders in Congress helped pass bills in 2015 because they “decided to care less about presidential politics,” I can’t help but scratch my head. There’s probably truth in his claim that Republicans’ increased focus on Hillary Clinton gave Obama some breathing room. But here, too, the GOP is still primarily acting in its own self-interest.

After all, if Republicans in Congress spent 2015 and 2016 behaving as they did in every other year of the Obama presidency, it’s unlikely that that would help the Republican presidential candidate. Their Democratic opponent would tie them to Congressional dysfunction and Tea Party extremism. Republicans would struggle to persuade Americans that they could be trusted with the reins of the government. They’d lose, probably.

But a GOP-run Congress that’s just competent enough to be boring? That’s exactly what Republicans want and need during 2016. And it’s what they’ll strive mightily to maintain — until the party is back in the minority again, that is. Once that happens, however, all bets are off; obstruction-bordering-on-sabotage will be the name of the game once again. This time, however, Republicans will have much more experience.

The relatively productive Congress of 2015, therefore, is not good news. It does not mean that the days of functional government are back. What it means, instead, is that the GOP’s strategy — to either run the government, or endeavor to break it — is indeed working. There may be a silver lining to U.S. politics in 2015 that we’re overlooking; but the relative productivity of Congress ain’t it.