The myth of the quiet Beatle: Time for Gen X to ease up on the George Harrison hype 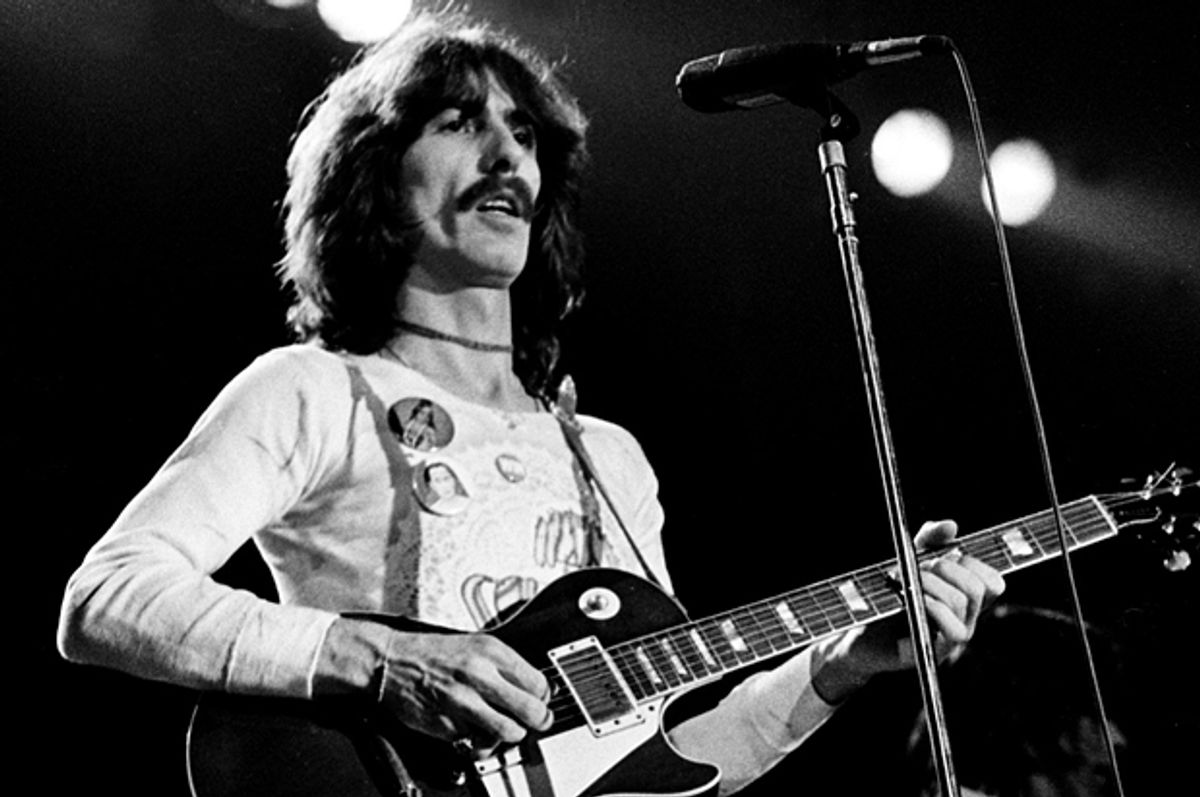 The quiet Beatle has been less quiet lately – even more than a decade after his death. Martin Scorsese’s “Living in the Material World,” from 2011, made a strong case for George Harrison as a major player in the Beatles and as a deeply soulful figure who never quite got his due. “The basic purpose of this movie is to stick up for Harrison,” The Guardian wrote, “and for his unfashionable, unpretentious need for a spiritual purpose in his music and his life: and Scorsese's film suggests that alone in the Beatles, and perhaps alone in pop's premier league, Harrison was an authentic spiritual figure.”

And now a concert film – from a 2014 tribute show at the Fonda Theater in Los Angeles – and accompanying album has been announced for February. Brian Wilson, Spoon’s Britt Daniels, Perry Farrell, Norah Jones, and others will be involved. (Even, oddly, Conan O’Brien, who plays “Old Brown Shoe.”)

For some Gen X fans, George is the perfect Beatle, and it’s no coincidence that Xer musicians like Elliott Smith and Beck covered his songs. For an overlooked, often misunderstood generation, embracing the overlooked, often misunderstood Beatle – one frequently shoved aside on the band’s albums by John Lennon and Paul McCartney -- makes symbolic sense.

So how major a musician was Harrison, in the end? The uncomfortable truth is that the narrative that George’s talents were somehow oppressed by the band’s dominant songwriting team breaks down when you look at the whole career. He did his best work during the Beatles years – songs like “If I Needed Someone,” “I Want to Tell You,” and “Taxman” from the band’s middle period are as good as later songs like “Something.” And his guitar playing on the band’s early records is crisp, understated, rockabilly-inspired – and as inventive as his later (and more celebrated) slide-guitar work.

In short, when he was liberated by the band’s breakup, he immediately came up with one solo record -- “All Things Must Pass” -- with some great songs like “Isn’t It a Pity,” “My Sweet Lord,” Dylan’s “If Not For You” and a wonderfully warm sound. And it was followed by a lot of albums even more spotty than the other Beatles’ post-breakup work. He's an effectively vulnerable singer, and there are strong tunes dropped in here and there like “All Those Years Ago,” which is, ironically, a fond reminiscence of Lennon, a bandmate he often clashed with. (Lennon could be cruel and unfair about Harrison’s talent and had little patience for his spiritual yearnings.)

Could it have worked out differently? Harrison was the first Beatle to release a solo album – “Wonderwall Music” came out in 1968 – and he’d been restless for years. McCartney said that the guitarist’s songs, after lagging, had become “at least as good as ours.” In the ‘80s, Michael Palin of Monty Python described Harrison as “recovering from being a Beatle.” But with the exception of the posthumous “Brainwashed” album, Harrison got less interesting the further he got from the group that purportedly held him back. And he allowed a lot of his work to be hellishly glossed up by ELO’s Jeff Lynne.

The natural response to all this is that Lennon and McCartney had trouble matching the quality of their Beatles work post-breakup. Those two were a team much of the time even if their relationship was fraught and unstable. The George myth, by contrast, is that he was the deep loner who didn’t need a partnership, but freedom and independence.

George Harrison was a serious musician and, by most accounts, a profound guy; it’s impossible to imagine the Beatles without him. He helped bring Indian music and the sitar to his old band and to the Anglo-American world in general. Let’s celebrate and respect the man and his legacy. I’m looking forward to “George Fest,” too. But it’s hard not to wish the legend of George as the Beatle who just needed to break free had a little more to it.