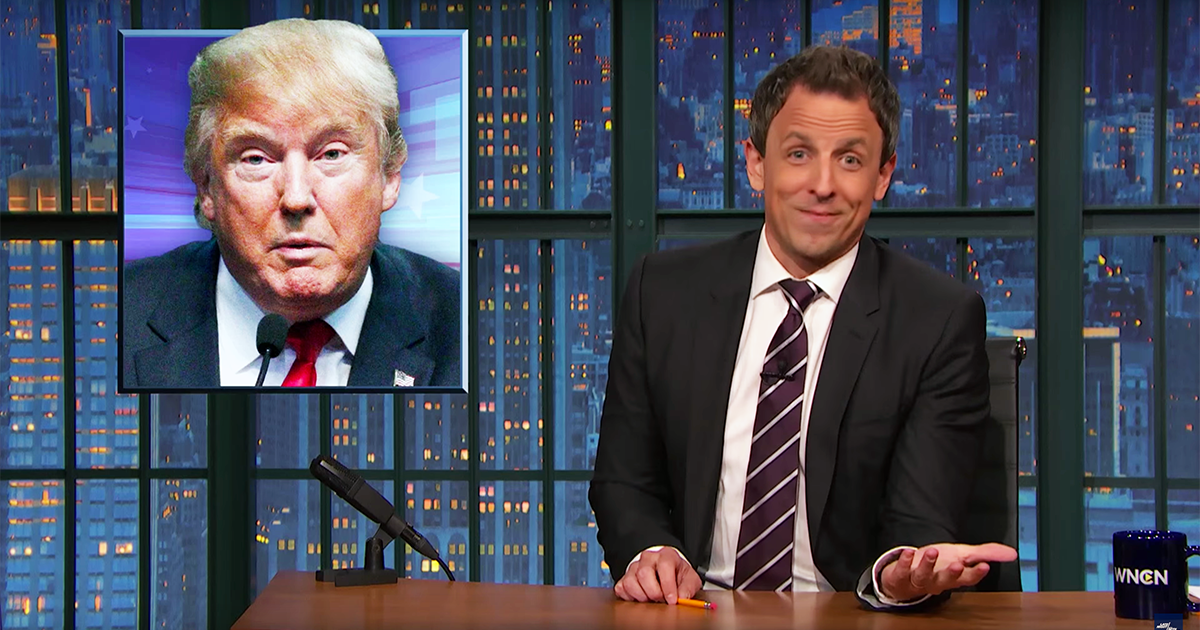 It is less than a month out from the Iowa caucus and that means it's time for candidates to lose their minds pushing out ads, mailers or anything else to prove how much bigger and better their caucus is than anyone else's. Thankfully, Seth Meyers is back from the holiday break taking a "Closer Look" at what all of the candidates are doing to help pump up their caucus.

Donald Trump is spending $2 million each week in television ads to blanket the airwaves. In case you missed it, Trump's latest TV spot is the result of some media company telling Trump the ad makes his caucus look huge. The buy comes on top of the fact that Trump has gotten an obscene amount of free press from media across the board because he's like a trainwreck, so truly unbelievable that you can't look away.

One reason that coverage of the Donald has been so overwhelming is in part because he makes absurdly offensive statements, another is because there has been, oh, what seems like a 90 percent increase in polls that came out in this election compared to 2012. We should know, Trump cites them every opportunity he gets. But how reliable are those polls? Meyers says, maybe not so much, in part because "people hate answering polls." Response rates were once at 90 percent and now they've fallen to 8 percent. No one has seen support drop like that since Jeb Bush!

Look at who was ahead in 2008: Rudy Giuliani. In 2004 it was Howard Dean. Dean, of course, sunk his campaign by screaming "yeah!" in a room full of cheering supporters that the microphone didn't capture. Unfortunately, Dean isn't running in this election where Trump actually made an obscene statement and gesture when he mocked a disabled reporter. "Different times, I guess," Meyers mused.

Trump is desperately pleading for his supporters to come to the caucus for him. Even if that means you just caught your spouse cheating on you, the caucus is still your No. 1 priority. "And vice-a-versa," Trump said at a rally. "Vice versa?" Meyers questioned. "So, if you go to the caucus you'll come home to find your husband cheating on you?!"

Check out what Trump thinks this campaign is if he doesn't win in the video below: