Sean Hannity goes full sexist jackass: "I guess you could argue that Bill Cosby probably helped women in their careers"

In discussion of Bill Clinton's infidelities and the liberal media, the Fox host comes out with this nutty garbage 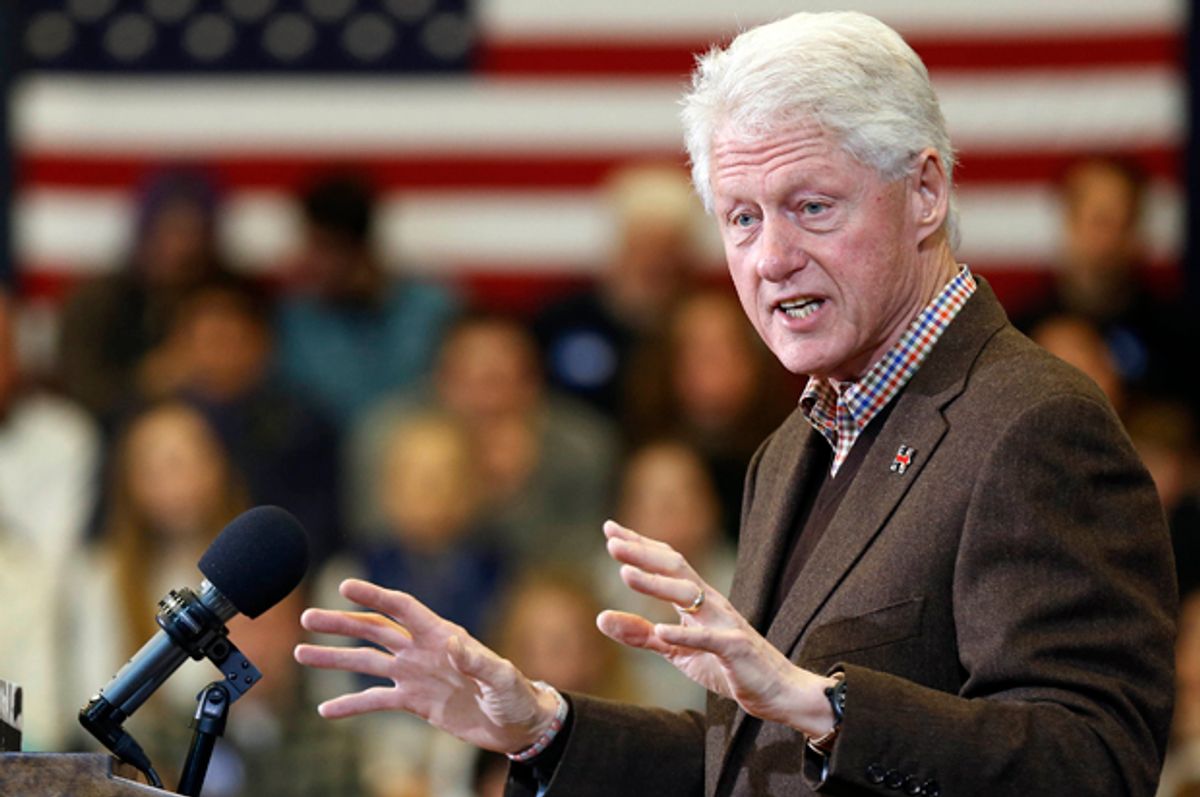 Sean Hannity gathered an expert panel on Monday night’s Hannity to determine whether or not Bill Clinton is “fair game” in election cycle mudslinging.

Incensed by the liberal media’s double standard—whereby Mitt Romney’s “binders full of women” comments perhaps cost him the presidency, while Hillary Clinton can keep playing the “woman card” despite her husband’s past infidelities—Hannity asked token Democrat, radio host Leslie Marshall, if she thought it unfair of “your party” to have criticized Romney.

“I guess you could argue that Bill Cosby probably helped women in their careers,” Hannity then quipped.

“One had a pill that knocked them out, the other one had the power,” added Michael Cohen, Trump Organization EVP.