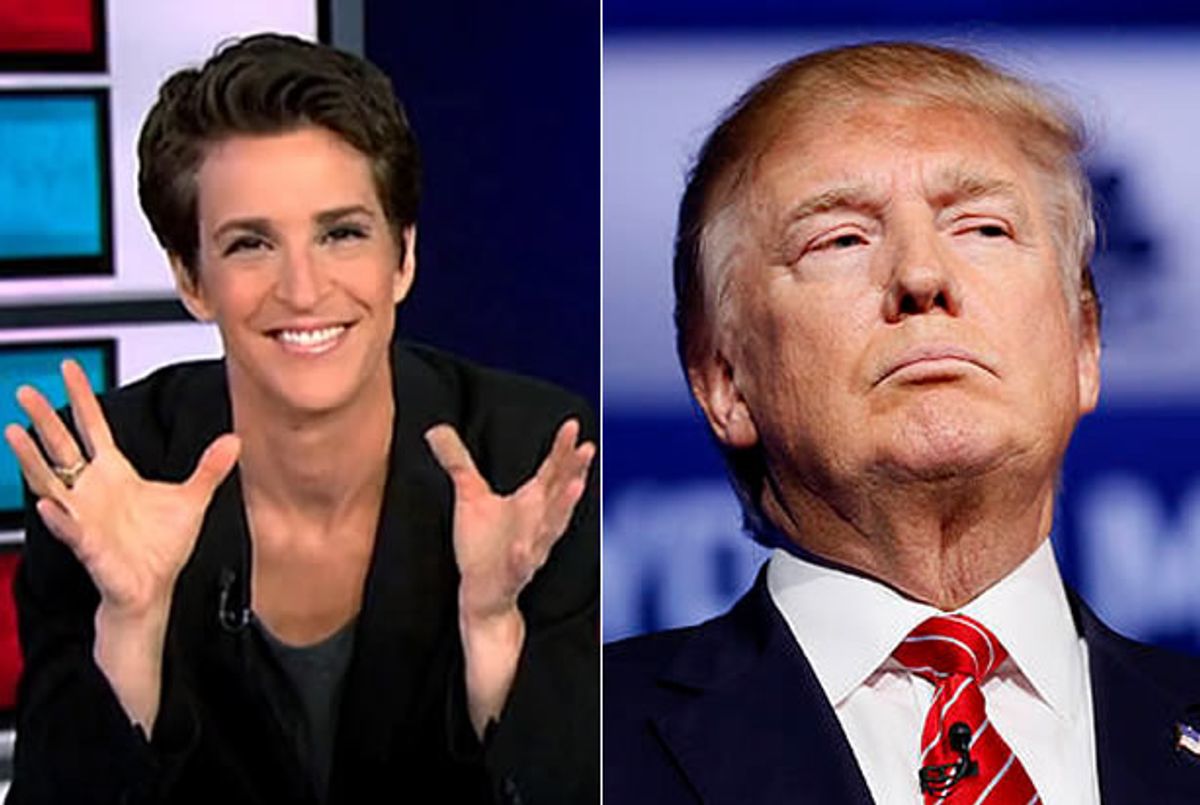 On "The Rachel Maddow Show" Tuesday evening, host Rachel Maddow played clips from the 1968 presidential campaign of George Wallace, the pro-segregation Alabama populist, and asked her viewers to "close [their] eyes and just listen to the news reports from that election -- it's almost like they're talking about Donald Trump."

She played coverage of Wallace's failed run, all of which could be seamlessly edited into stories about Trump's campaign stops -- the anger of his supporters, their distaste for the political climate, and their attraction to the blunt, confrontational style of their candidate.

Maddow played clips of protesters being hauled out of Wallace events, and noted the similarity to what has occurred at multiple Trump events, including the candidate and crowd's reaction. "You know what you are," Wallace says in a clip from 1968, "you're a little punk. You haven't got any guts, you've got too much hair on your head."

She juxtaposed that with Trump telling his protesters that they're "a bunch of losers, I'll tell you. You really are a loser. Now, get him out." Maddow also noted that this isn't the first time this Trump's popularity threatened to turn into a populist movement.

"Donald Trump has something that Republican voters like. They liked it the last time that he offered it to them for a short period of time [in 2012],” she argued.

“And now they like it this time, as well -- it’s the same type of significant popularity. It just hasn’t gone away this time around because he hasn’t stopped running this time around like he did in 2012."