“Girls” is ending, not a moment too soon: Lena Dunham's breakout show has more than run its course

Soon, Dunham — and all of us — will be able to move from the constant fretting over what the show means 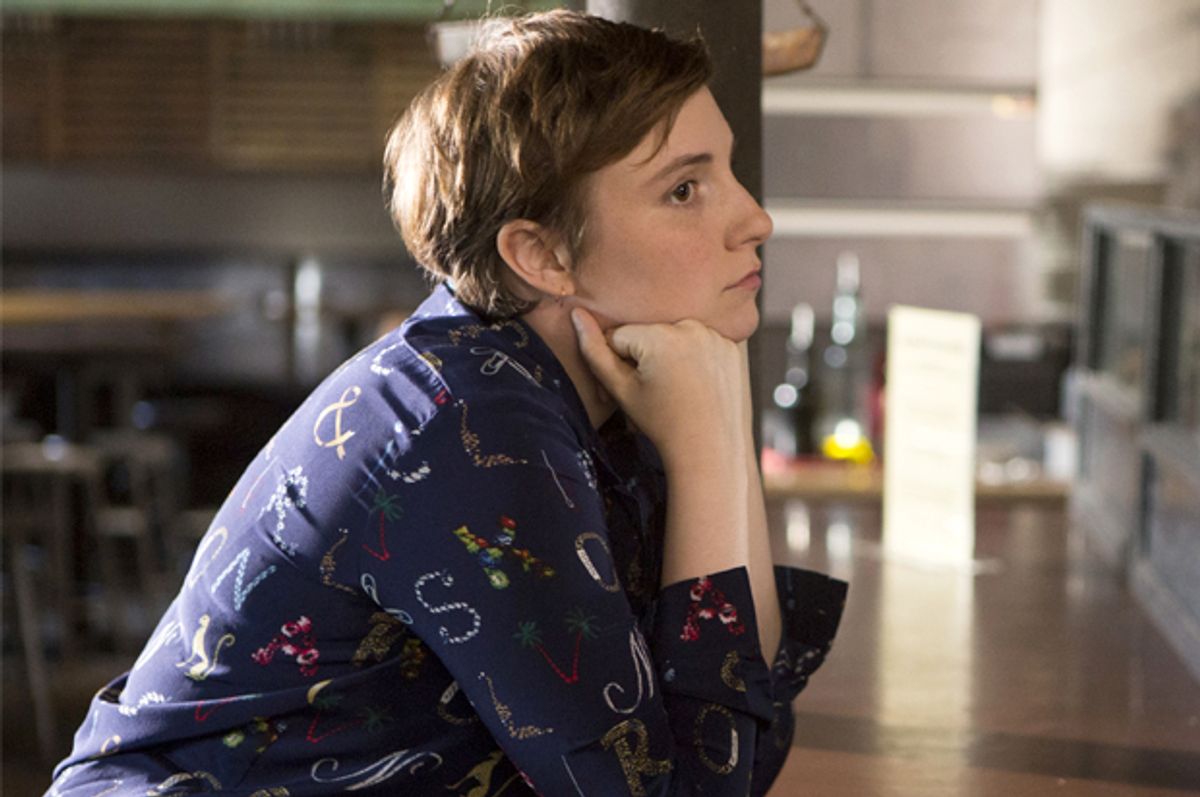 HBO confirmed yesterday that “Girls,” its conversation-dominating, award-winning comedy from first-time showrunner Lena Dunham, will be ending its run after its sixth season, two seasons from now. The most obvious reason the show is ending is because Dunham has other stuff going on. In addition to Lenny Letter, Dunham and Konner’s newsletter/publication, Dunham is developing a new series for HBO: “Max,” a show set in 1963 dealing with a magazine writer played by Lisa Joyce and “themes of second-wave feminism.” Given that “Girls” debuts its fifth season next month, the announcement is a soft landing, giving Dunham and producers Jenni Konner, Ilene Landress, and Judd Apatow plenty of time to lay out a series finale on their terms.

Personally, the news comes as something of a relief. From its inception, “Girls” has been a flashpoint, encompassing in one fell swoop the discussions around Hollywood’s class differential, intersectional feminism, and generational gaps in understanding. Creator Lena Dunham—just 25 when the show premiered, in 2012—became not just famous but almost notorious, a person who could not help but prompt a slew of thinkpieces written about her every time she opened her mouth. “Girls” has been a canker sore the Internet has never quite been able to stop probing, and HBO has embraced it for that very reason. So has Hollywood: Buzz, good or bad, about a talented and wealthy young person validates Hollywood’s sense of elite superiority in a way little else does.

The problem has been that “Girls” has never had a strong sense of purpose, aside from being an important creative stepping stone for Lena Dunham. The show has never been exactly bad, in my opinion, but it has routinely felt unfinished, self-indulgent, and provocative for mere provocation’s sake. If you’re not aware of Dunham’s own sincerity and dedication to her work, there’s a way in which “Girls,” especially early on, functioned as the Internet’s ultimate troll. The show was at its most talked-about when it was at its most unstably unapologetic, pushing against any number of perceived excesses. Dunham made waves by prominently featuring her nude body on-screen, or by casting her own mother in a minor role, or by demonizing the only two minor characters of color that appear in the pilot. But at the same time, that artful rebelliousness made the show more vital. The show hit its peak in the middle of season two, and has petered off into irrelevance since (though the Iowa Writers’ Workshop storyline had a delicious, inside-baseball, metatextual quality), and I think that might be because Dunham may have tired of writing entire season arcs about, essentially, herself; four seasons and a multimillion-dollar memoir later, maybe she’s just run out of material.

I am really looking forward to “Girls” being out of our collective system. It’s has been an important stepping stone for Dunham—a kind of proving ground, with “Tiny Furniture,” for her substantial directing ability and follow-through. (Writing and acting are demonstrably less her strongest skills, though it’s not that she’s bad at either, and it’s fair to say that her performance in “It’s A Shame About Ray,” in particular, is kind of brilliant.) But I’m looking forward to her doing something else, now that she has demonstrated both that she can create award-winning cinema and also handle the incredible scrutiny the public has subjected her with. It’s time for Lena Dunham’s story to be about more than navel-gazing, whether it’s okay to navel-gaze, whether or not it’s feminist to navel-gaze, or whatever else we’ve all been arguing about for so many years. She did it; she created a show about herself and her friends, and it made her a lot of money, a lot of awards, and a global reputation. Now what?