Hillary Clinton had little time to spare as secretary of state. But for a select few, she could make exceptions 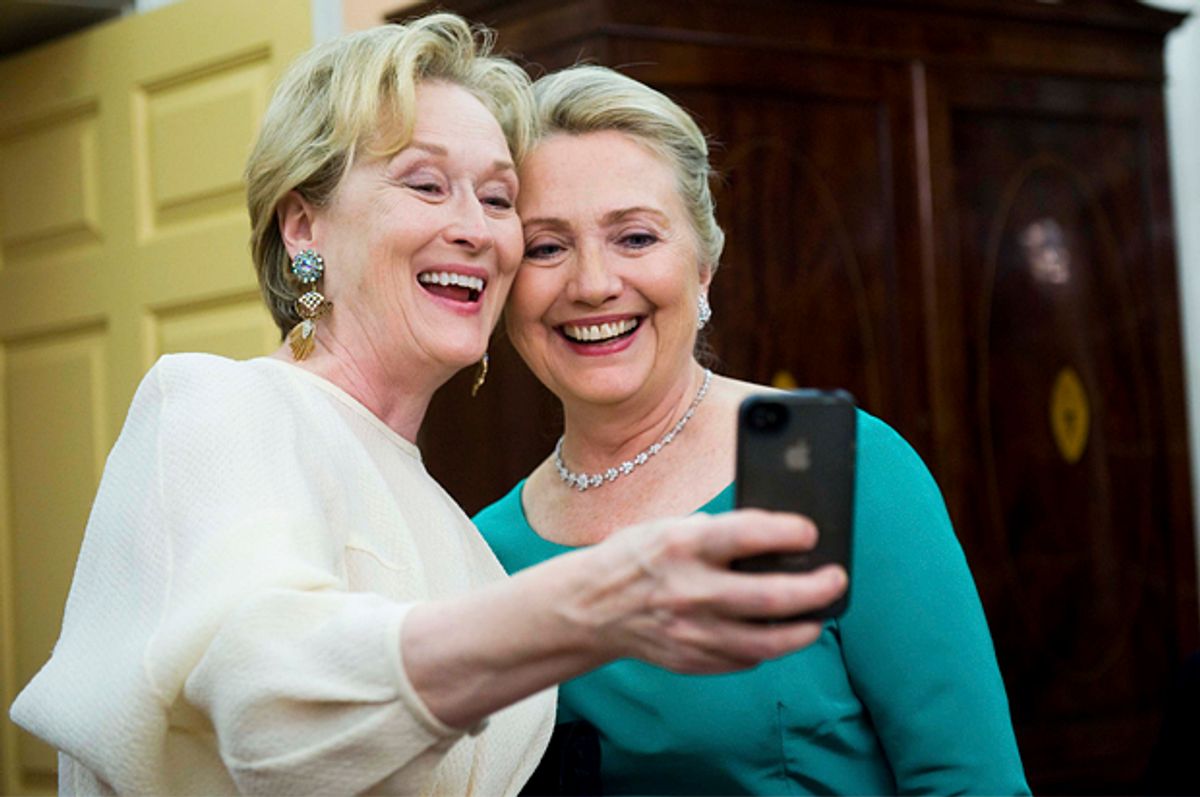 It’s one of those memes that everyone will soon forget, but it used to be conventional wisdom — in D.C., I mean — that the gridlock that’s characterized much of President Obama’s tenure was the result of his being “aloof” or not liking people.

Rather than point to structural explanations, pundits in the center and on the right would suggest that if President Obama would just spend more time “schmoozing” and glad-handing, he’d be able to get various members of Congress — including some Republicans! — to go against whatever they deem to be in their self-interest and do what he wanted instead.

This was always a cockamamie theory, and one that the smarter pundits (not to mention the president himself) were right to dismiss. Tea Party Republican Congress members, worried about a primary challenger from their right, were never going to place those concerns aside in order to work with the hated Obama. He could’ve invited them to golf every weekend and given them all the Oval Office swag they could carry. It would not matter, because it would not change their rational self-interest.

A lot of pundits simply wouldn’t accept this, however. They saw it as a cop-out. They’d mention LBJ’s mythical “treatment,” or the bonhomie between Tip and the Gipper. Sooner or later, they’d get to the most recent Democrat to be president: the legendarily schmooze-happy Bill Clinton. Nobody but nobody loves to backslap and chew the fat like Slick Willie, after all. It comes to him as naturally as breathing. (Left unmentioned, usually, is the fact that Clinton saw plenty of gridlock during his presidency, too.)

What the pundits didn’t understand, though, is that there’s a difference between schmoozing with donors on the campaign trail and cultivating donors while still in office. Granted, in the era of the permanent campaign, that may seem like a distinction without a difference. But however old-fashioned Obama’s inclinations may be, they’re principled. Running for office is a thoroughly grubby — and often corrupting — thing to do. Why bring it into the process of governing if you don’t have to?

I’m guessing many people, especially many of those who voted for Obama, and his stated policy goal of reducing inequality and increasing productive redistribution, would answer that question by saying you shouldn’t. But Bill Clinton is apparently not the only person who would disagree. According to a recent report from Politico, based off of some newly released but years-old emails, Hillary Clinton — the person most likely to succeed Obama in office — doesn’t feel that way, either.

Despite being the former most well-traveled secretary of state in American history, Politico reports, Clinton still found time in her schedule to have lunch with some of the heaviest hitters in the Democratic Party’s fundraising lineup. Busy as she was, she felt it worthwhile to sit around and talk about the issues with George Soros, Stephen Spielberg, Haim Saban and others. Neither I nor Politico can tell you what she learned from these conversations; one hopes she felt it was time well spent.

Needless to say, these members of the 1 percent were past supporters of her and Bill’s campaigns. And, needless to say, these folks have been “ready for Hillary” for quite some time. Back when he was a senator, Obama once confessed that spending so much time asking for donations had made him “more like the wealthy I met” and placed him “outside the world of … other 99 percent of the population — that is, the people I’d entered public life to serve.”

That gave Obama pause. Hillary Clinton, on the other hand, doesn’t seem too worried.