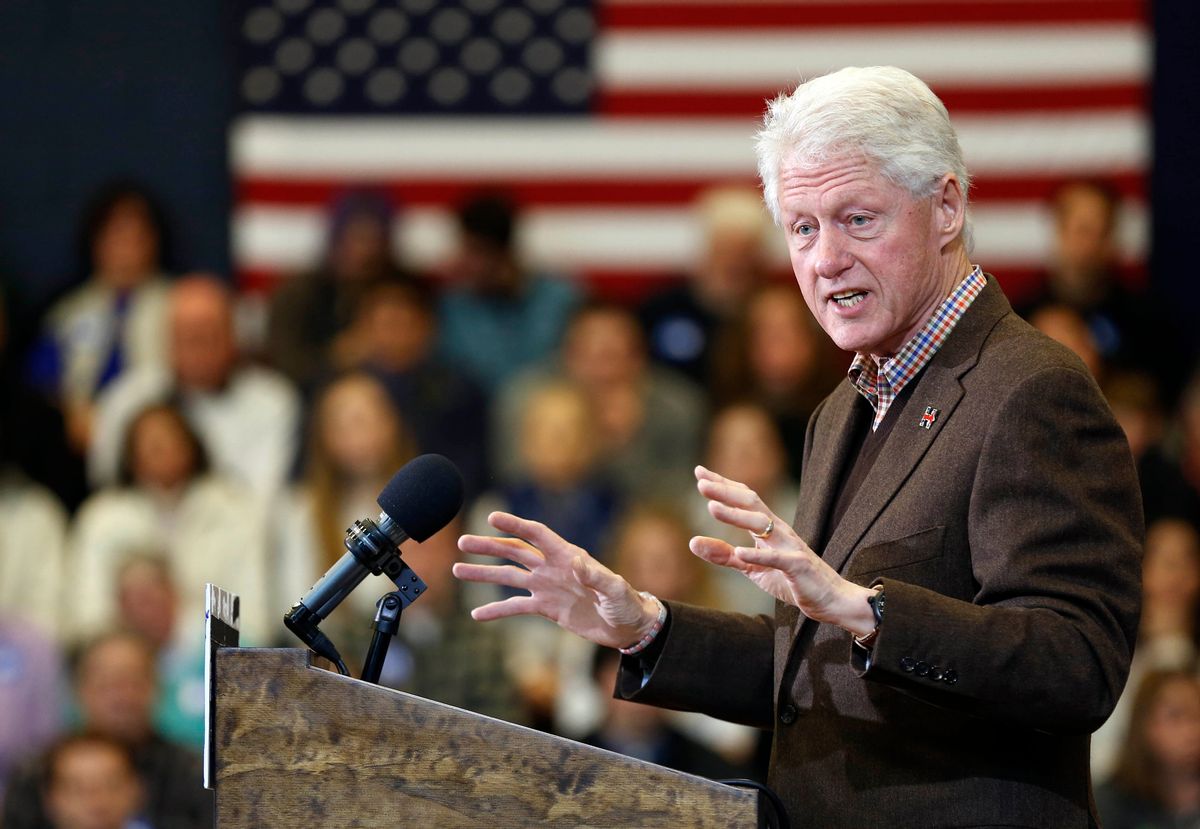 Donald Trump continued his string of attacks against Bill and Hillary Clinton with an Instagram post on Thursday that juxtaposed audio of a Hillary Clinton speech about women's rights with several images intended to portray her as hypocritical on women's issues.

Hillary and her friends!

Advertisement:
Trump has been relentless in his effort to revive the scandals that followed Bill Clinton through the 1990s. In response to criticism from GOP women that attempts to smear Hillary through attacks on Bill could prove counterproductive, Trump suggested on Thursday that he could "tone it down." But Trump has rarely been one to "tone it down," as he demonstrated by posting the above Instagram video on the very same day.
The Clintons' response to Trump's attacks have consisted mostly of deflections thus far. Bill Clinton, asked by NBC News to respond to Trump's charges Thursday in Iowa, said, "I don't have a response. If he wins the Republican nomination, we'll have plenty of time to talk about it if Hillary wins." Donald Trump certainly looks forward to that conversation.
Digging up old photos doesn't necessarily add up to a coherent attack, as Twitter users were quick to point out:

Donald Trump... Posting a photo of Hillary with Bill Cosby? How about this one... @Lawrence @maddow @chrislhayes pic.twitter.com/6tWm76Eiaa

Photos of the Clintons posing with Trump at his third marriage were curiously absent from the attack post: