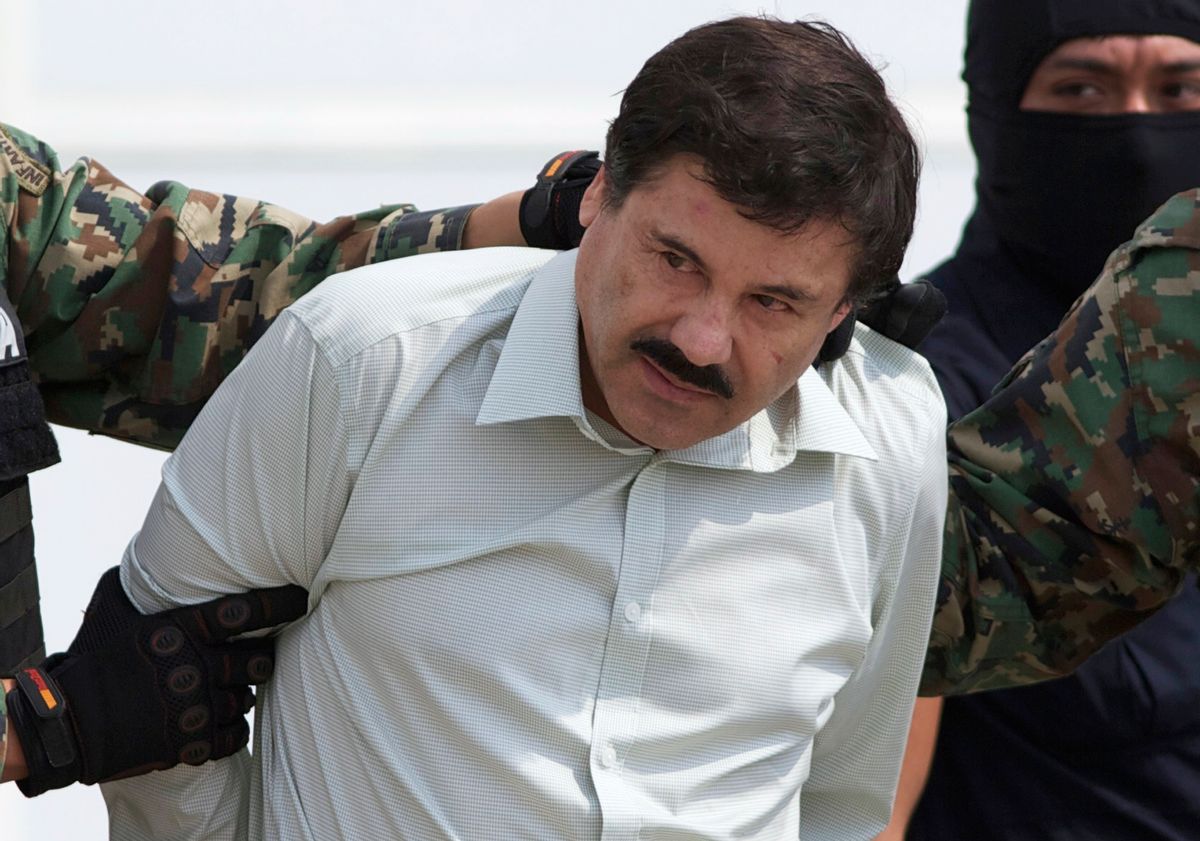 In this Feb. 22, 2014, file photo, Joaquin "El Chapo" Guzman, head of Mexicos Sinaloa Cartel, is escorted to a helicopter in Mexico City, following his capture. He escaped and was caught again on Friday. (AP)
--

According to the Associated Press, the fugitive drug baron was taken into custody after a shootout with Mexican marines in the city of Los Mochis.

Los Mochis is in Sinaloa, the home state of Guzmán and his Sinaloa Cartel. A statement from the Mexican Navy reported that five suspects were killed and six other arrested during the raid, which took place early Friday morning.

Guzmán had been on the run from authorities since his July 11, 2015 escape via tunnel from his prison cell in Mexico's Altiplano maximum-security prison. Forbes estimated the drug kingpin's net worth at $1 billion as of 2012.

Despite being on the lam, El Chapo made headlines in the fall after unconfirmed reports surfaced, alleging that he had offered a $100 million bounty on the head of Donald Trump.

Trump had invoked El Chapo repeatedly in his immigration rhetoric over summer, stating in one Twitter post, "El Chapo and the Mexican drug cartels use the border unimpeded like it was a vacuum cleaner, sucking drugs and death right into the U.S." The threats were enough to prompt Trump to increase his security and alert the FBI, The New York Post reported.