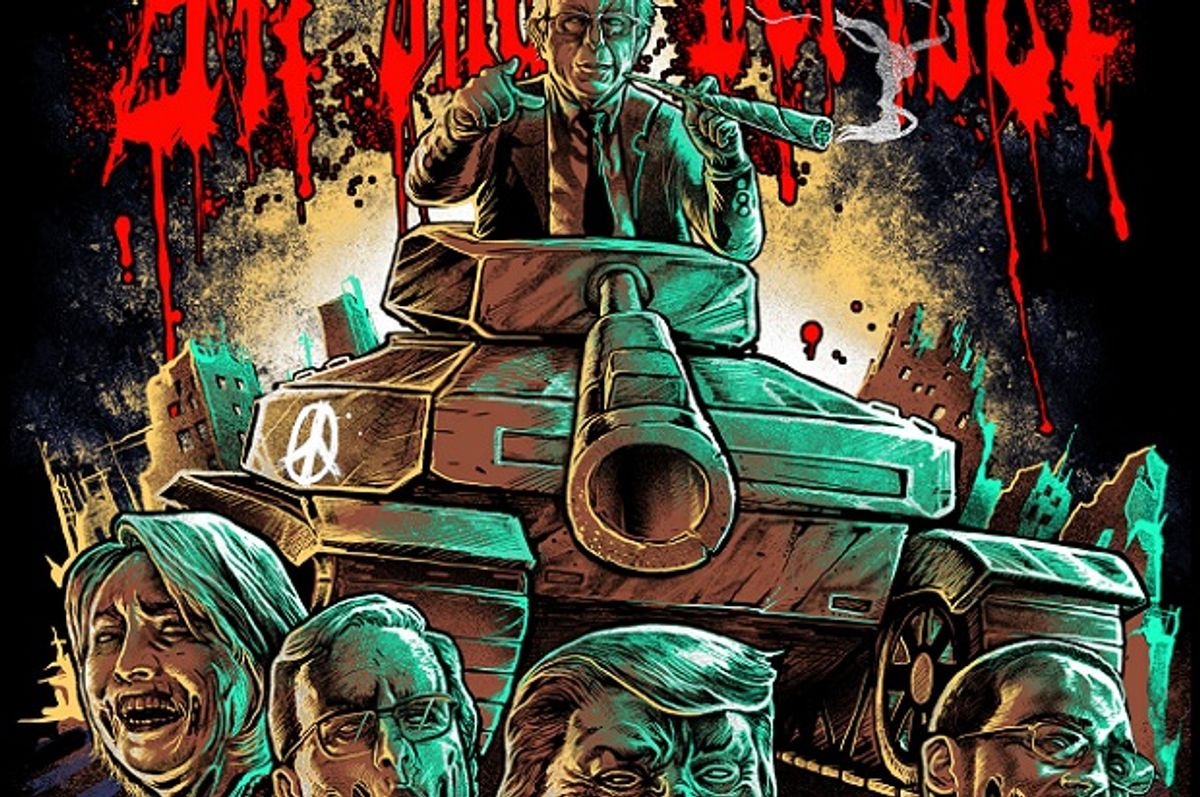 (Warning: These designs are violent and depict blood.)

What is the most metal thing you could possibly think of?

Well, whatever it is, American metal band All Shall Perish just topped it with its new pro-Bernie Sanders T-shirt.

The design depicts Sen. Sanders, ruins of a war-torn city behind him, leading a tank toward terrified and zombified fellow presidential candidates Donald Trump, Ben Carson, Jeb! Bush and Hillary Clinton, who run for their lives while the septuagenarian self-declared democratic socialist smokes a giant joint. It may be the strangest, but funniest endorsement of Sanders yet.

The image was created by artist Coki Greenway.

The firmly left-leaning band, whose lyrics are often political, said in a note accompanying the new shirt, "Whether you support Bernie or just want to see any of these other politicians get crushed, support advancing the conversation!"

Just after All Shall Perish released their pro-Sanders shirt, American metal band Municipal Waste released its own, rather gruesome, anti-Trump t-shirt.

In the design, billionaire real estate mogul and far-right Republican presidential candidate Donald Trump is seen shooting himself in the head. The back of the shirt says "The only walls we build are walls of death," referencing Trump's promise to build a large wall between the U.S. and Mexico. The design is based on prominent anti-fascist art, which depicts Hitler shooting himself in the head with the words "Follow your leader."

News of both of the new t-shirt designs flooded social media on Friday morning.

"Subtly awesome that there's no brain matter coming out of Trump's head," one user quipped.