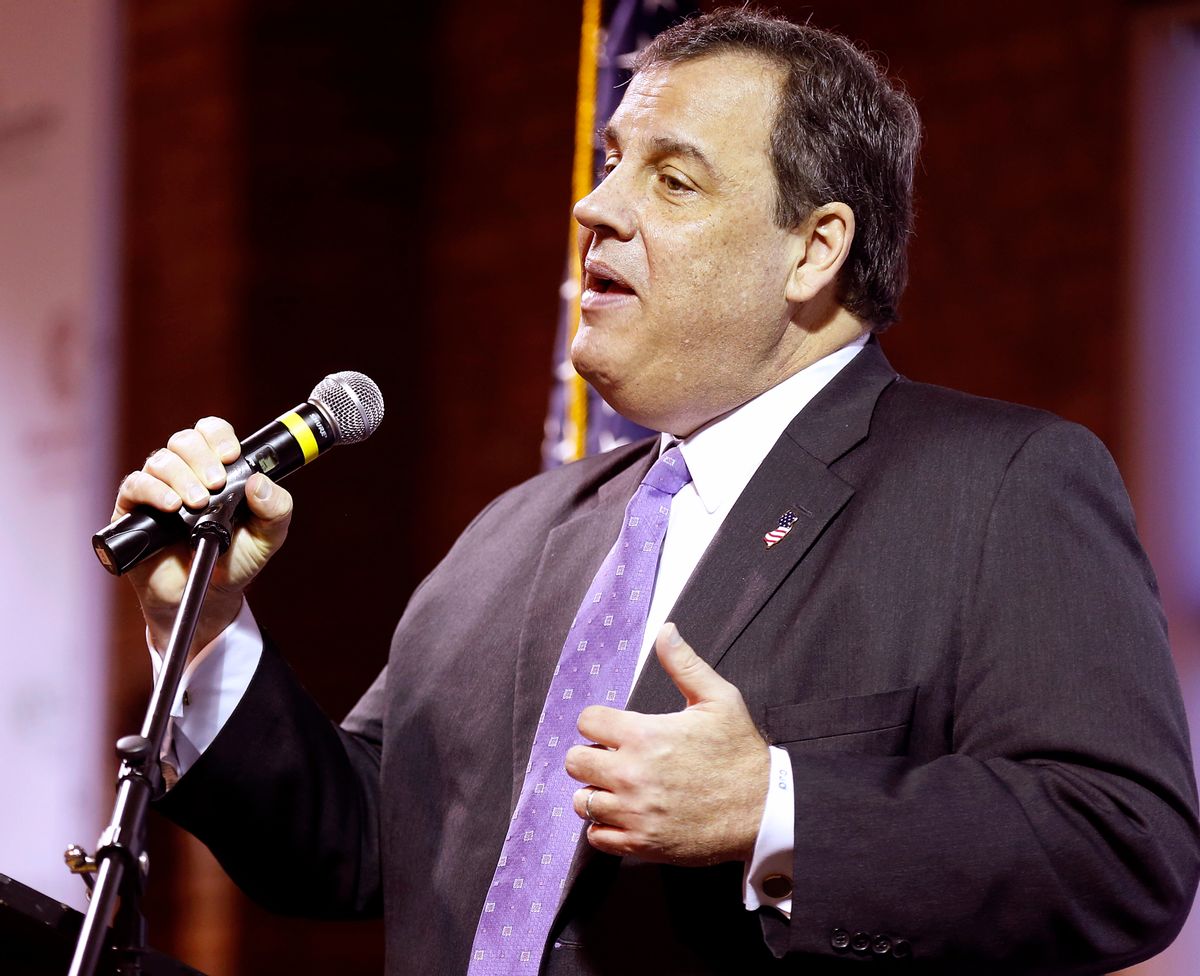 Republican presidential hopeful Chris Christie is in unusual company after he went on "Morning Joe" this morning and defended Maine Governor Paul LePage (R) for racist statements he made about people with names like "D-Money, Smoothie, Shifty" coming to Maine to sell drugs and "half the time, impregnate a young, white girl before they leave."

He insisted that he was "not going to deny or apologize for that," and only specified that she was white because his state is "essentially 95 percent white." Christie understood that non-apology as an apology, telling host Joe Scarborough that "I heard Paul's remarks and frankly, you know, he's apologized for them."

"Here's the thing," he continued. "We can't judge people -- by one set of remarks they make. Especially when those people apologize and genuinely apologize afterwards, and so from my perspective, Paul LePage is a good friend of mine."

"He's an outspoken guy. We all know that he shoots from the hip, and when he does that, there are gonna be times when he says things that even he -- in retrospect thinks he shouldn't have said."

Christie at least acknowledged that LePage should consider what he said to be wrong, unlike former KKK Grand Wizard David Duke, as the Raw Story's David Edwards reports.

On his radio program Friday, Duke claimed that LePage is merely taking a page from GOP frontrunner Donald Trump's book. It's the "Trump effect of people not talking in [a] politically correct manner."

"You are probably picking yourself off the floor to think that an elected governor in the United States of America would actually talk about this horrible destruction and defilement of young white women," he continued. "These are not Anglo-Saxon guys from rural Maine [raping white women], these are, again, like the Puff Diddys, or whatever they want to call themselves, from New York."

Watch the entire interview with Christie below via MSNBC.