Boosted by his immigration stance, Trump continues to lead in the GOP polls, with Ted Cruz in second place. 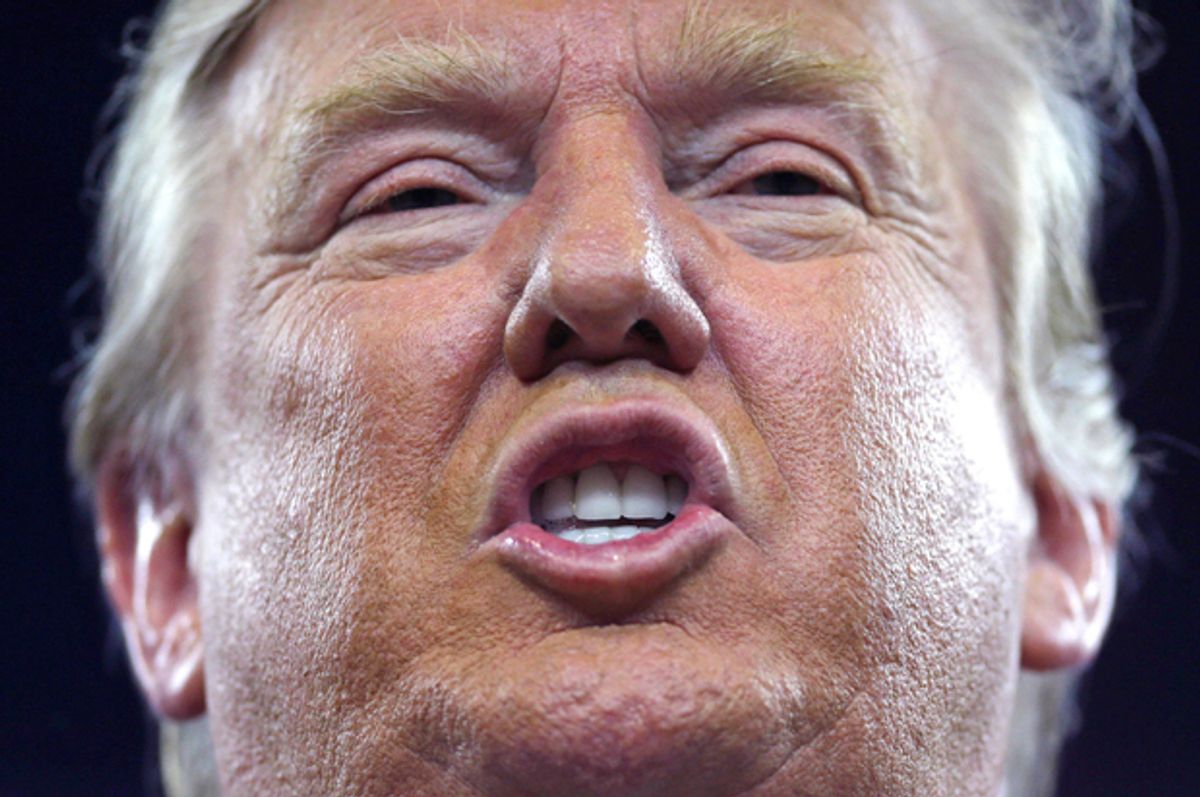 Donald Trump continues to lead in the Iowa caucuses and New Hampshire primary, according to polls released Monday from Quinnipiac University and Monmouth University.

The Iowa Republican Caucuses are shaping up to be a two-man race between Trump and Ted Cruz, according to the Quinnipiac poll. With the caucuses just three weeks away, Trump leads in the poll at 31 percent, holding a slight edge over Cruz at 29 percent. Marco Rubio, at 15 percent, is the only other candidate polling in double digits.

Jeb Bush finds himself left out in the cold once again, polling at 3 percent in a distant sixth place in Iowa, behind even Ben Carson and Chris Christie. The moribund Bush campaign isn't doing any better in New Hampshire, where Jeb is tied with Rand Paul at 4 percent, good for seventh place. Bush, who tried to endear himself to Republican voters this weekend by detailing his plan to end food stamps, has seen his poll numbers steadily decline in New Hampshire, a state he vowed he would win in November.

The only ship sinking faster than Bush's might be Ben Carson's. Carson now draws support from just 3 percent of likely GOP voters in New Hampshire, where he polled at 16 percent as recently as November. The story is more of the same for the Carson camp in Iowa, where he sits in fourth place at 7 percent, a far cry from his October high-water mark, when he led in the polls at 28 percent. Carson's campaign and super-PAC have seen staffers quit in droves in recent weeks.

Trump's extreme stance on immigration continues to resonate with Republican voters: 46 percent of likely Iowa GOP caucus-goers felt Trump was best suited to address illegal immigration. Cruz, despite his recent efforts to move to Trump's right on immigration, trailed in second-place at 22 percent on the issue.

Trump also polled higher than any other candidate on the two issues Iowa Republicans say are most important to them, the economy and terrorism.