The next "Master of None": "#Josh," a dramedy about Haitian-American millennials in Miami coming from Project Greenlight 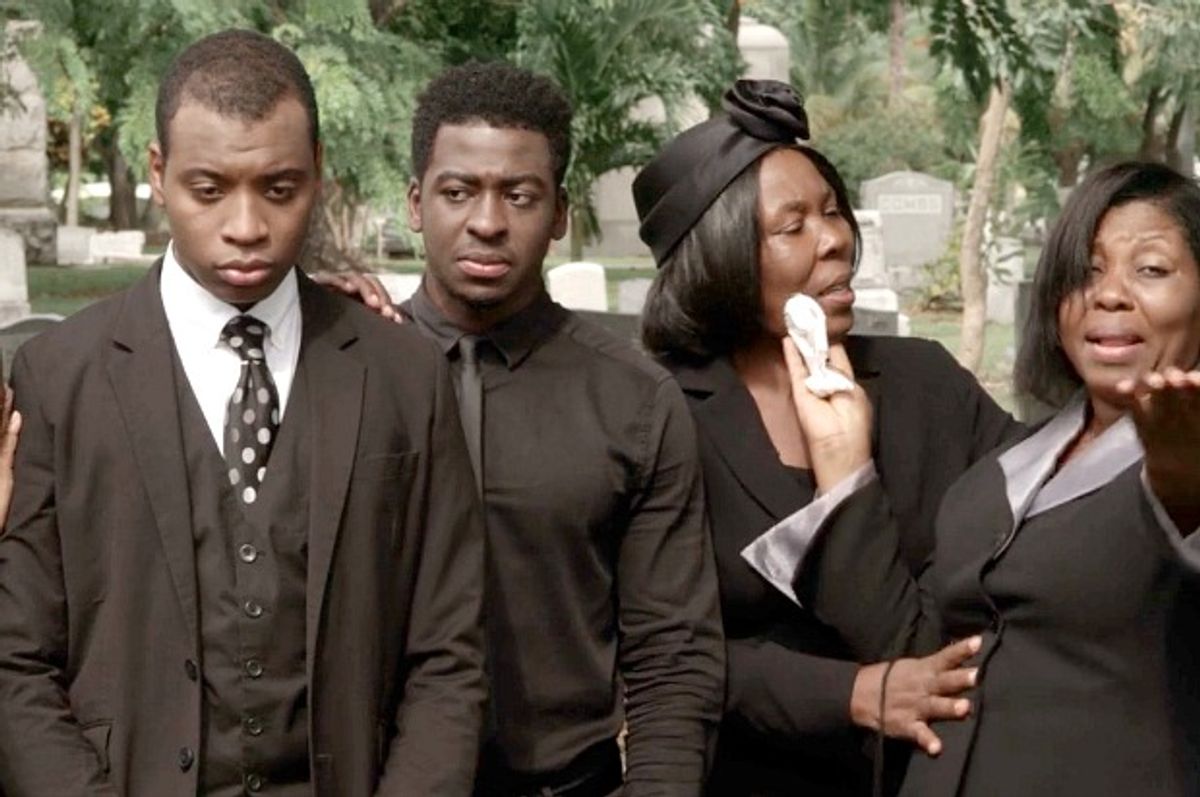 Last November 2015, in the wake of the #DamonSplaining debacle, the reality show “Project Greenlight” announced a new competition via its digital arm, Project Greenlight Digital Studios (PGLDS). Two months later, PGLDS has announced a winner: “#Josh,” a dramedy focusing on a 20-something Haitian-American man living in gritty contemporary Miami. Written by Joshua Jean-Baptist and Edson Jean, the new series hopes to “show that Miami is more than South Beach,” said Jean-Baptist in an email to Salon, adding: “There are small pockets of community that are filled with flavor! Not often seen on mainstream media.”

The Haitian-American filmmakers met at the New World School of Arts and now both live in Miami. Though not strictly autobiographical, “#Josh” not only draws from their experiences, but tells the story from their point of view, in the vein of critically acclaimed hits such as Aziz Ansari’s “Master of None.” The success of Ansari’s show is important, because it demonstrates that it’s possible to find a viewership without hewing to shopworn yet comforting narratives that uncritically reinforce norms invested in cultural whiteness.

“Diversity” is more than putting people of color in the cast, whether as window dressing or as plot points designed to move the story along; underestimating the pitfalls of pandering is what got Damon in hot water in the first place. Producer Effie Brown had cautioned Damon that the script he was considering might advance problematic gender and racial stereotypes. Instead of thanking Brown for trying to pre-empt the development of yet another Highly Dramatic Situation from which he will inevitably have to be rescued, Damon had responded with manful certainty: “When we’re talking about diversity, you do it in the casting of the film, not in the casting of the show.”

Translation, per Jezebel: “they don’t have to hire any diverse filmmakers on Project Greenlight as long as they throw a few women and black people onscreen.”

High Drama ensued, Damon had to be figuratively rescued and, because America loves a happy ending, he just won an award for being this generation’s favorite Martian. “The Martian” also won a Golden Globe as "Best Comedy,” which perhaps is an indication that we don't see it as a sci-fi adventure but as a meta-commentary on our cultural obsession with rescuing this one particular guy from improbable situations that never should have happened in the first place. Anyhoo, at this point, rescuing Damon is a cultural reflex, and his rhetoric stumbles are forgotten in the rush to embrace the prodigal.

Nonetheless, he did the world an accidental favor by exposing the pathways of institutional authority in the film industry, showing how deeply entrenched is the “liberal” mindset insisting on white maleness as a bulwark against the creeping erosions of civilization. But if the movie biz may be cleaving ever harder to stealth conservative paradigms where saviors write the script, television has exploded with extraordinary color, creativity, and comedies that actually understand themselves to be comedy. It’s notable, then, that “#Josh” won in Project Greenlight’s new digital arm, and that three of the five finalists were submitted by creators of color—“La Loteria,” by Shahir Daud; “Kingdom Fall” by David Chin and Stephen Herman; and the winning submission, “Josh.”

Clearly, there is no shortage of talent out there. It just needs a chance, one that Project Greenlight Digital Studios is facilitating in hopes of competing with Netflix and Amazon Studios. PGLDS is not being inclusive out of the goodness of its heart. The competition was put to a popular vote, and pretty much every survey has demonstrated that the more diverse the cast, the more money it will make. As summed up on by a meme put out by “Heroic Girls”: “Dear Hollywood, a film [Star Wars] starring a woman and a black man is set to become the highest grossing film of all time. Perhaps something to think about when you are casting the leads for your next blockbuster.”

Miami-based novelist and artist Vanessa Garcia is keenly aware of the struggles of “ethnic” creators to find an audience for their critically acclaimed work. Published by a new independent press, Shade Mountain, her novel about a Cuban-American painter struggling to come to terms with the death of her father, “White Light,” was named one of NPR’s best books of 2015, but doesn’t have the kind of commercial backing that can fund mass marketing campaigns, and so it's not the talk of the town.

In an email to me regarding the success of her friend, Jean-Baptiste, Garcia observes: “It’s time stories start coming from writers and artists of colors so that they no longer have to inhabit the stories assigned to them, but can tell true, real stories, from the inside out. These stories will surprise, and I know they will captivate readers and watchers. Miami is rich with these stories -- I can’t wait until the world has access to them, wide access, popular access, not just access to the few that have been allotted to fill diversity slots at publishing and production houses.”

Right now, there is a yawing chasm between what audiences are hungry to see, and what the film industry feels able to risk. But digital TV is revising how entertainment gets made. With its smaller budgets, shorter production times, and niche-oriented profitability models, digital television can only profit by taking a chance. “The crux of how we feel,” said Jean-Baptiste, “is relief--that someone, somewhere believes in us. We’re determined to deliver.” Let’s be there when they do.