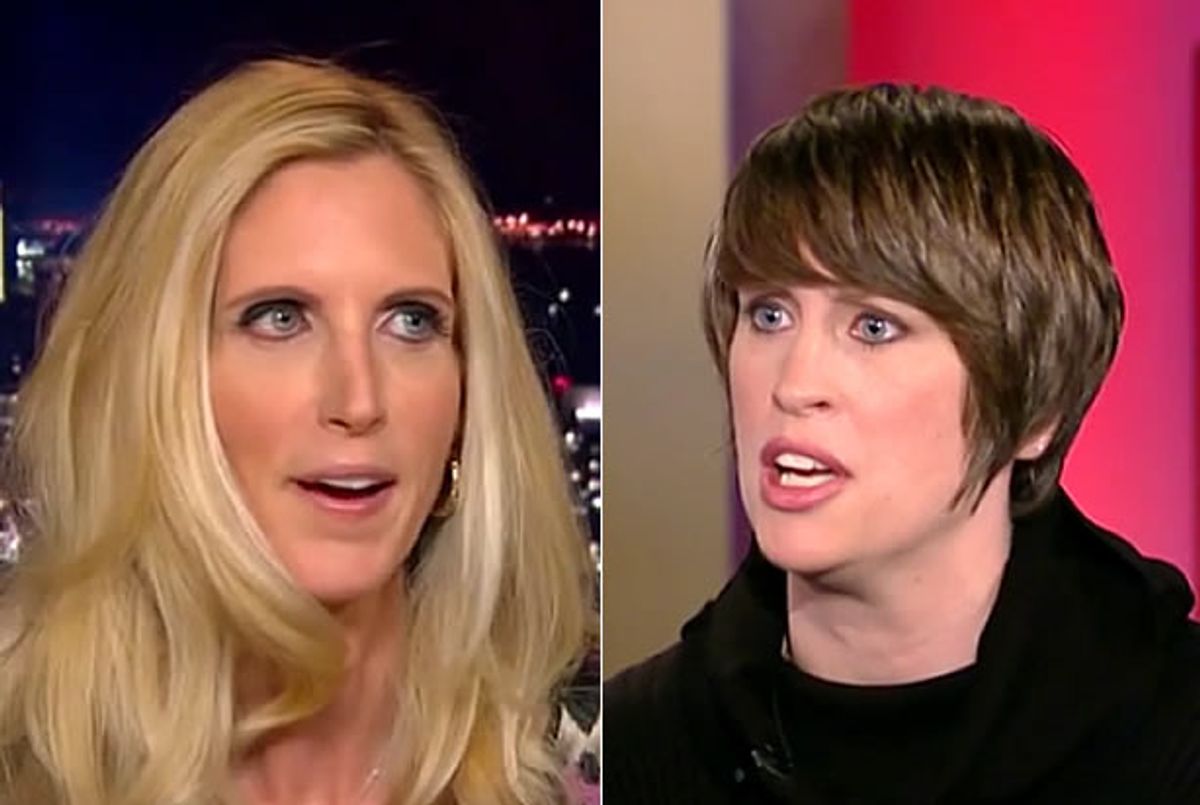 Republican consultant Liz Mair appeared on "Hardball" Monday night alongside Ann Coulter, with whom she disagreed vehemently about the conservative credentials of GOP -- but no longer Iowa -- front-runner Donald Trump.

Coulter insisted, as always, that "it's all about immigration. It doesn’t really matter what a Republican’s position is on saving Social Security or how they’re going to reform Medicare. Americans are being outvoted by foreigners, and Americans have been begging their own party to shut it down, to stop this endless immigration for decades now."

Trump is, she claimed, "the first one [in the GOP field] to actually take America's side on immigration," i.e. he openly agrees with the rather extreme positions she espoused in "Adios, America."

Mair was having none of it, saying that "I think that's a patently ludicrous notion. Most of the time, when we’ve been looking at ‘amnesty fights,’ they’ve actually been shut down by a set of groups that are funded by population-control enthusiast liberal who is actually involved with zero-population growth and the Sierra Club. That’s who’s actually shut it down. It’s not actually in any way advancing the economic interests of the American people. Free-market economists actually agree with that."

Coulter noted that her ideal ticket consisted of Trump/Romney, which she characterized as "a dynamite combination." Given each of the millionaires' propensity to speak off-the-cuff about their wealth, she's likely correct, just not in the manner she intended -- but for Mair, "that is proof right there that [Coulter is] in no way conservative and in no way interested in conservative policy."

Mair characterized Trump and his supporters as "liberals who just happen to hate Mexicans," but Coulter insisted that like Ronald Reagan and unlike Marco Rubio and Ted Cruz, Donald Trump and Mitt Romney's only motivation for running would be "to serve the country," because the highest office in the land wouldn't provide them a salary increase.