"There are rumors you're in vice president training camp": Colbert asks Julian Castro

"You sound like you're running for something right now," Colbert tells the HUD secretary. 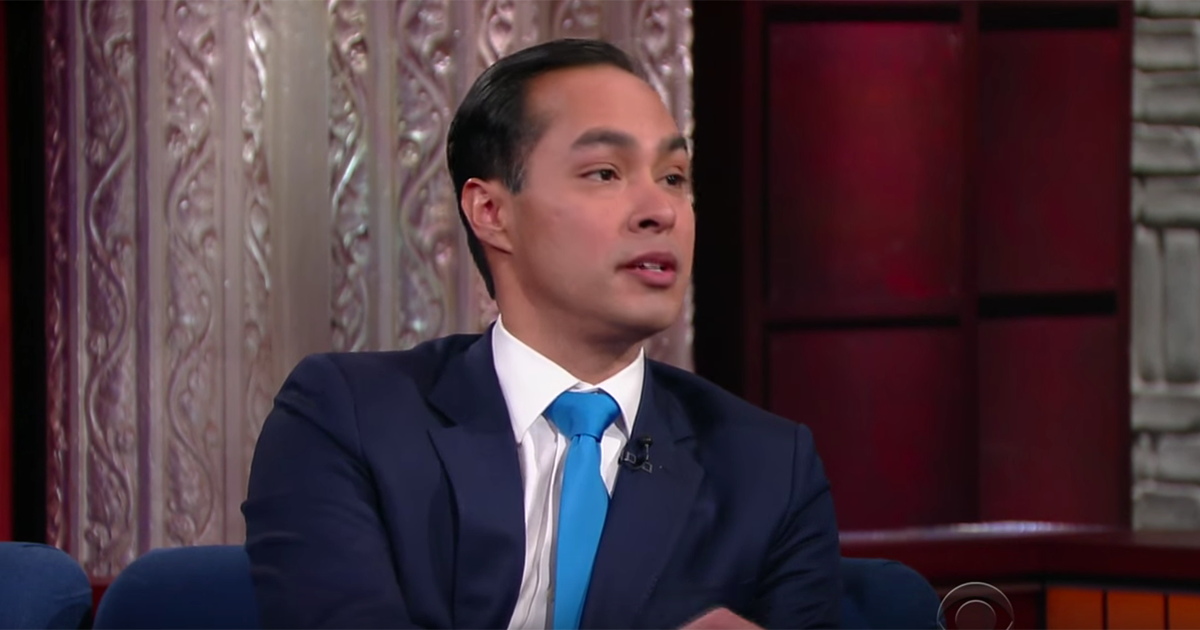 Castro let Colbert know that he is not the "designated survivor," the secretary chosen in the line of succession that sits out in the event of an attack, for Tuesday's State of The Union address. That said, he also doesn't know who the person is that has been chosen but assumes they've already told him or her. Awkward if that secretary doesn't show up for work on Tuesday.

Castro talked about what he does at HUD, recalling a previously homeless veteran who was able to buy a building that now rents out apartments to other veterans who would otherwise be homeless. "One of the reasons he's able to do that is because between 2010 and 2015 we saw veteran homelessness decline by 36 percent largely because of HUD funding to local communities like San Diego," Castro said.

He also brushed off any questions about the VP nom if Clinton is the nominee. "There are rumors you're in vice president training camp," Colbert suggested. "What does that entail other than staying awake during the State of the Union?" Colbert asked Castro to rate it on a scale of one to "Stephen, that's flattering to even be mentioned, but I have to concentrate on the job I'm doing right now."

Castro opted for the latter.