"They're either starting a revolution or opening a bed and breakfast": Colbert hilariously mocks the Bundy Militia's list of needs

Ammon Bundy's mom wants you to know that the boys up in Oregon need eggs and throw rugs. 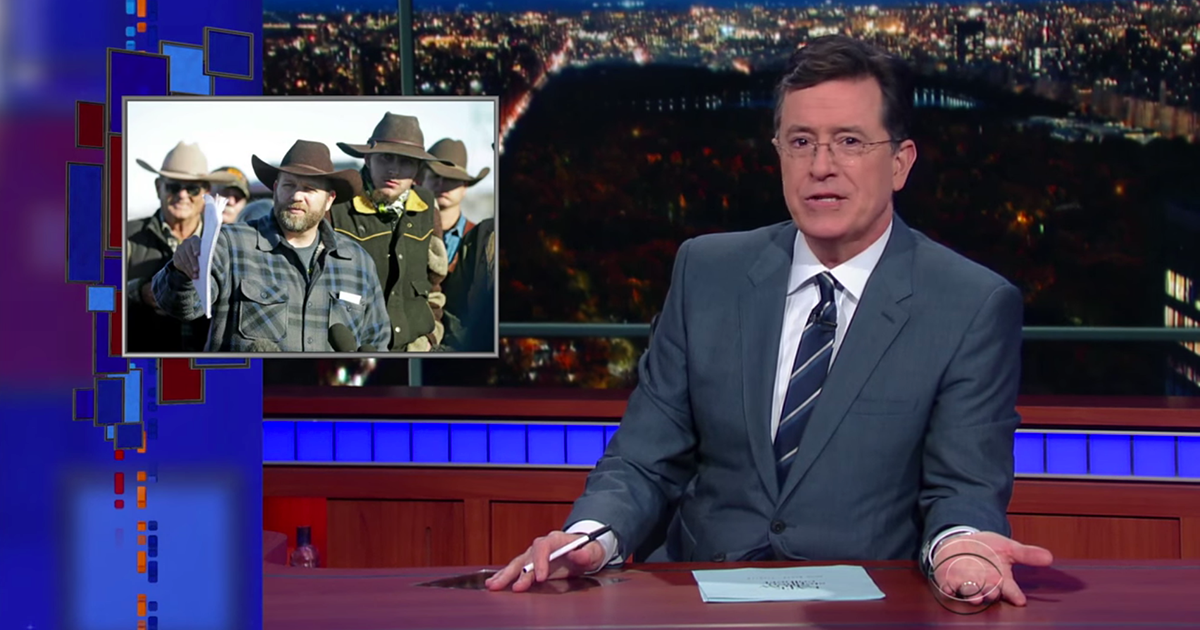 It looks like the Oregon Occupation by the Ammon Bundy Militia needs help again. While they put out a word in the first night of their standoff for snacks and whatnot, I guess no one sent them anything or it wasn't enough. No fear! Stephen Colbert to a hilarious rescue!

On Tuesday's "Late Show," the host recalled the previous plea for snacks, "and they will try to ignore the fact that it was delivered by a federal employee." Now they're asking their supporters for more than 80 items in an email from Ammon Bundy's momma. "She would bring the supplies herself, but their clubhouse clearly says 'No girls allowed!'"

Some things on the list you might expect like hamburgers hotdogs, and eggs (needed badly). But the men also need some personal hygiene products like bodywash, shampoo and conditioner, because keeping that beard soft and fluffy is not an easy task. "It's one thing to face off against the thugs of a jack-booted tyrannical government, it's another to have to fight the frizzies," Colbert said.

The rugged men also requested "pillow cases, throw rugs any and all size for doorways and bed sheets. So, they're either starting a revolution or opening a bed and breakfast... but again, they're not asking for anything extravagant, just the basics needed for a revolution like french vanilla creamer."

Get ready to laugh your ass off at the rest of the video below: