No, "The Official Donald Trump Jam" is not a parody, it's an anthem 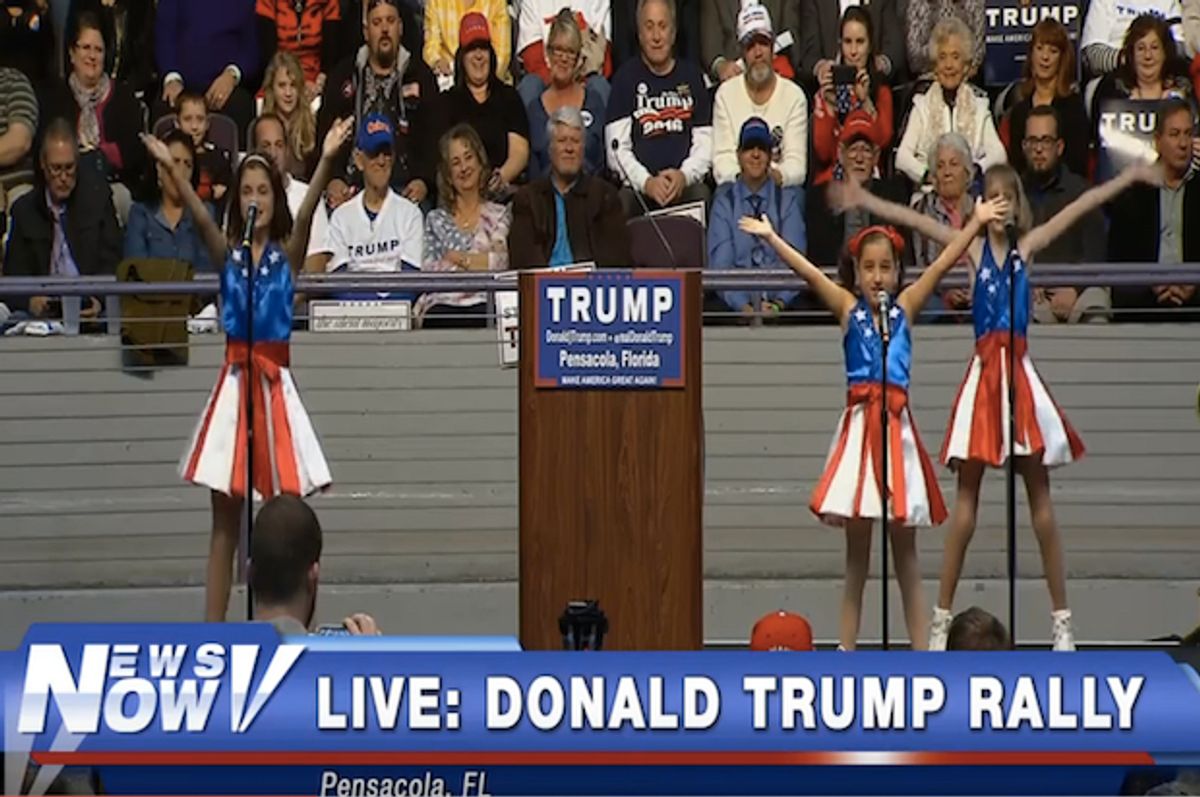 A capacity crowd of 10,000 packed into the Pensacola Bay Center Wednesday night for Donald Trump's latest stop in the Sunshine state and were treated to a patriotic, bubble gum pop trio sensation delivering the campaign's new "official jam."

R.E.M. may not want The Donald featuring their music during his massive rallies, but three young members of the Freedom Kids offered the Republican presidential frontrunner a catchy, personalized song to set-off his often rambunctious rallies.

“Cowardiiiiiiiice," the adorable tikes begin. "Are you serious?" a pint-sized voice asks. "Apologies for freedom? I can’t handle this."

"When freedom rings answer the call!" the girls implore while acting out the song's lyrics in American flag adorned ensembles. "On your feet, stand up tall!”

"Enemies of freedom face the music, come on boys take 'em down/President Donald Trump knows how to make America great/Deal from strength or get crushed every time!”

"Over heeeere: U.S.A!," the song goes on with mention of American pride referred to as "Ameritude."