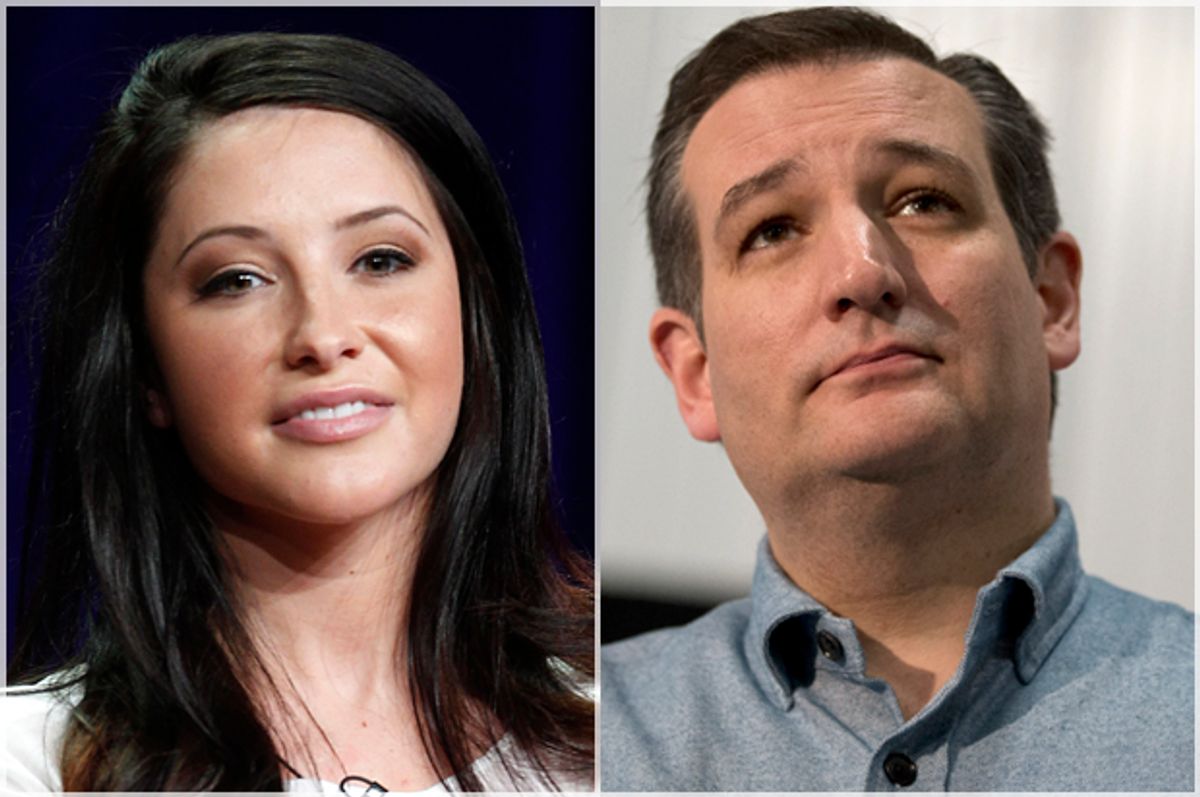 Hours before her mother Sarah Palin officially endorsed Donald Trump, Bristol Palin slammed Ted Cruz on Tuesday in a blog post, calling him a "rude" and "a typical politician."

Palin's outburst was prompted by statements from Cruz campaign spokesman Rick Tyler , who responded to rumors that Trump would receive the endorsement of the former GOP vice presidential candidate on CNN Tuesday morning, saying: "I think it [would] be a blow to Sarah Palin, because Sarah Palin has been a champion for the conservative cause, and if she was going to endorse Donald Trump, sadly, she would be endorsing someone who’s held progressive views all their life on the sanctity of life, on marriage, on partial-birth abortion."

In the blog post, titled "Is THIS Why People Don't Like Ted Cruz," Bristol Palin hit back against the Texas senator with some harsh words of her own. "Cruz’s flip-flop, turning against my mom who’s done nothing but support and help him when others sure didn’t, shows he’s a typical politician," she wrote. " How rude to that he’s setting up a false narrative about her!"

"After hearing what Cruz is now saying about my mom, in a negative knee-jerk reaction, makes me hope my mom does endorse Trump," wrote Palin.

Sarah Palin is set to make a surprise appearance and endorse Trump at his campaign event in Ames, Iowa on Tuesday evening. Supporting Trump represents a somewhat unexpected shift for Palin, who endorsed fellow Tea Party favorite Cruz during his 2012 U.S. Senate campaign. With polls showing Trump and Cruz deadlocked in Iowa with the caucuses less than two weeks away, the Trump campaign hopes that Palin's endorsement will help to draw voters from Cruz's Tea Party base.