Jesse Watters goes to Iowa to harass students who vote in their best interest, praise evangelicals who do the same

Hypocrisy, thy name is Jesse Watters 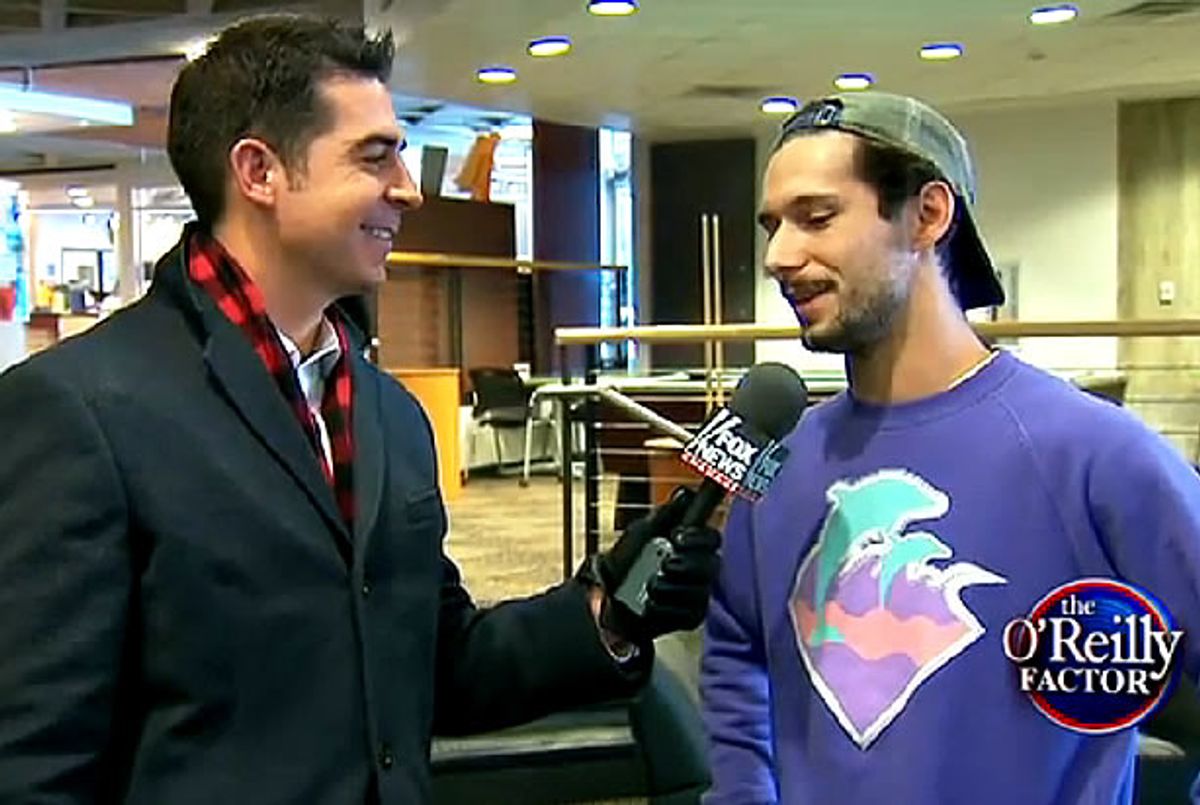 On the latest installment of "Watters' World" -- in which Bill O'Reilly sends out intrepid cub reporter Jesse Watters to humiliate liberals via selective editing -- Jesse is in Iowa ahead of the primaries to ask college students what they know about the Democratic candidates, and much older, more wizened evangelicals about the Republicans.

The segment is "hilarious," according to O'Reilly, and he's absolutely correct -- so long as you don't actually want your comedy to be funny, you merely want to be reminded of how idiotic people who don't share your ideological commitments can be made to look.

Watters asked one student about Sanders' plan to heavily tax the top 1 percent of earners, and he predictably responded that he agreed with it. He asked the same student if he had donated to Sanders' campaign, and when the student answered "only with my time," Watters offered to donate $5 on his behalf -- because money, for Watters, is far more important to building a caucus in Iowa than volunteers.

He mocked another college student for replying that he's a fan of Sanders' plan to pay for higher education -- which isn't at all ironic, because it's not as if Watters is self-interestedly shilling for his constituency by engaging in the perpetual farce he calls his "show."

The evangelicals he interviewed were, of course, allowed to define themselves on their own terms, and explain their positions at some length, without the deceptive editing that characterized the rest of the segment.