"People like to act like we don't have a legacy of racism here, so I think people get really uncomfortable with it" 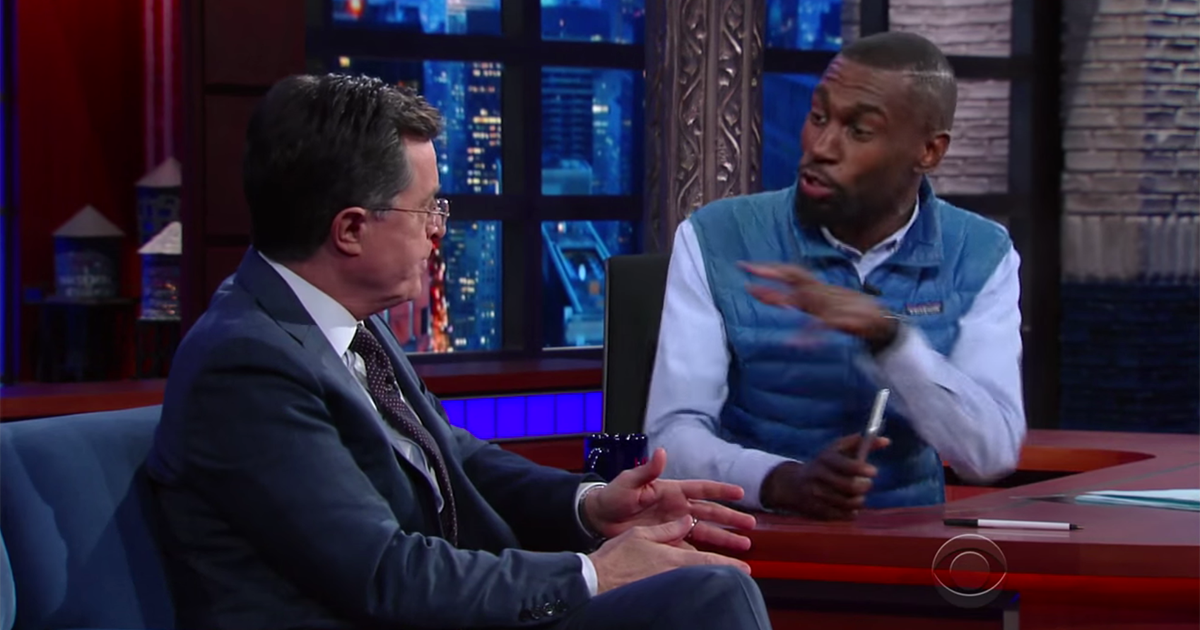 Mckesson on The Late Show in January.
--

Colbert asked why people get so mad about the idea of Black Lives Matter, recalling a time that an audience member asked him to wear a Black Lives Matter bracelet and "you would have thought I slapped a baby." McKesson explained that people are often uncomfortable about the history of America and what we need to do to undo the impact of racism. "People like to act like we don't have a legacy of racism here, so I think people get really uncomfortable with it. But we know that we can't change it unless we address it, right?"

He also explained why the trope "All Lives Matter" is so wrong, "because we know that if all lives mattered we wouldn't be out in the street. You know, the police have killed 26 people just in 2016. We have so much work to do ... that is just a way to avoid talking about the issue of police brutality, by getting people to talk about this notion of 'all lives matter.' It's just not true." He explained the "blue code of silence" and said that the police culture itself is responsible for the violence in policing today.

Colbert said that he wanted to understand his white privilege and asked for ways to identify it in his own life. McKesson said that Colbert has a show and a lot of money, so he has a lot of privilege. "What you can do is extend that role so you can dismantle it," McKesson explained. "You can create opportunity for people, you can amplify issues in ways that other people can't, and you can use resources to create space for people." At that point, Colbert asked to switch seats with him.

Check out the rest of the amazing conversation below: