Despite the veto, Iowa Republican Sen. Joni Ernst vows to continue her crusade against the EPA 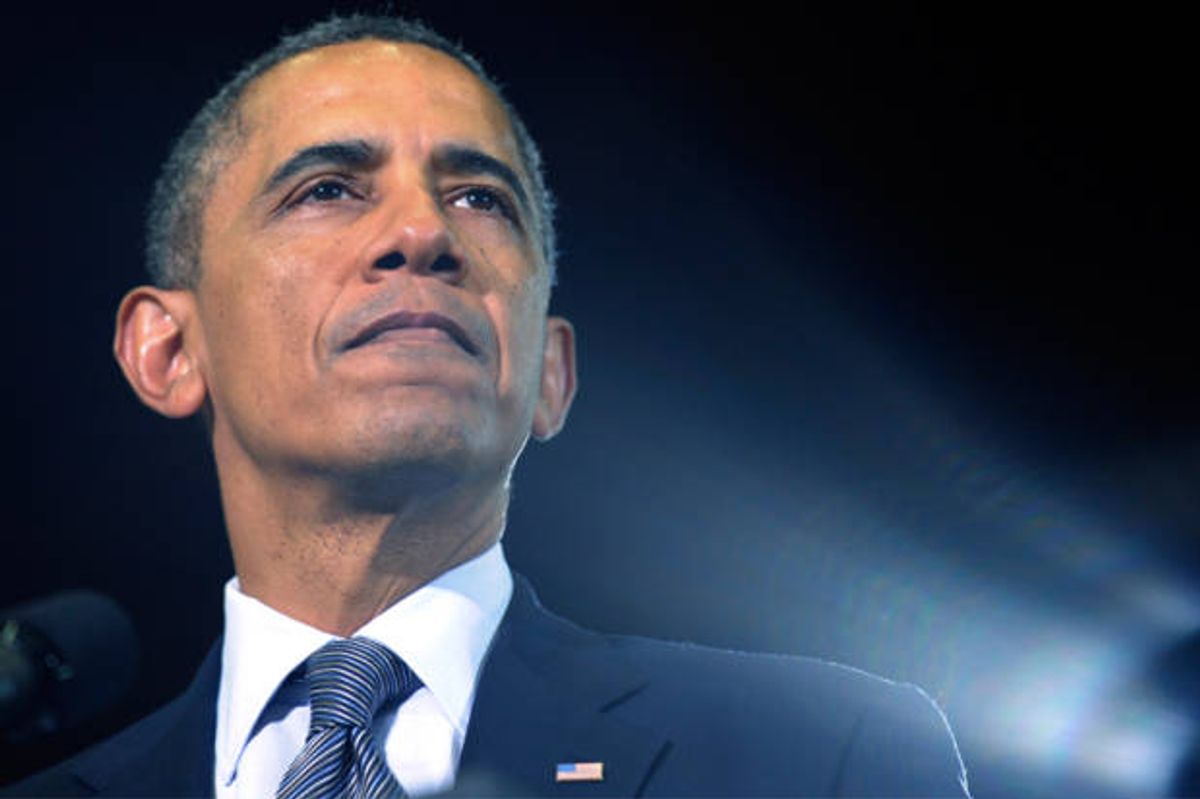 On the same day that the mayor of Flint, Michigan, traveled to the White House to meet with President Obama about her city's nightmarish, nearly two-year ordeal with lead-contaminated drinking water, the president was forced to issue his ninth veto to save a key component of the Clean Water Act.

"Too many of our waters have been left vulnerable," Obama said in a veto message to Congress, striking down Iowa Republican Sen. Joni Ernst's attempt to block a new landmark rule extending the oversight of the Environmental Protection Agency to include small waterways such as wetlands and ponds.

"Pollution from upstream sources ends up in the rivers, lakes, reservoirs, and coastal waters near which most Americans live and on which they depend for their drinking water, recreation, and economic development," Obama explained, defending his administration's rule known as the Clean Water Rule.

The Republican-led House voted to void the rule last week following a Senate vote in November.

"Because this resolution seeks to block the progress represented by this rule and deny businesses and communities the regulatory certainty and clarity needed to invest in projects that rely on clean water, I cannot support it," Obama said, announcing his veto.

Of course, Ernst trotted out the tired right-wing argument of burdensome government meddling in private affairs to respond to the president's veto, blasting the Clean Water Rule as a “blatant power grab by the EPA.”

"This rule is not about clean water. Rather, it is about how much authority the federal government and unelected bureaucrats should have to regulate what is done on private land," she said in a statement, vowing to continue her crusade to undermine the environmental regulations.

Republicans, of course, don’t have the two-thirds votes necessary to override the veto but after a federal court blocked the EPA from enforcing the regulation while its legal merits are reviewed, many Republicans are hopeful the rule will eventually be struck down.

Of course, none of the Republican presidential candidates frequenting Ernst's state and pandering to the corn farmers on ethanol subsidies have even ventured a coherent statement of any kind on the government sanctioned poisoning of Flint's water source, despite national uproar.

"That’s not an issue that right now we’ve been focused on," Florida Sen. Marco Rubio told reporters in Iowa on Monday, while front-runner Donald Trump declined to comment on the crisis other than to call it a "shame."

This is the second time in as many months that the president has had to veto congressional Republicans' attempt to undermine his environmental actions. In December, Obama vetoed a Republican resolution to stop his landmark climate rules for power plants.

I am returning herewith without my approval S.J. Res. 22, a resolution that would nullify a rule issued by the Environmental Protection Agency and the Department of the Army to clarify the jurisdictional boundaries of the Clean Water Act. The rule, which is a product of extensive public involvement and years of work, is critical to our efforts to protect the Nation’s waters and keep them clean; is responsive to calls for rulemaking from the Congress, industry, and community stakeholders; and is consistent with decisions of the United States Supreme Court.

We must protect the waters that are vital for the health of our communities and the success of our businesses, agriculture, and energy development. As I have noted before, too many of our waters have been left vulnerable. Pollution from upstream sources ends up in the rivers, lakes, reservoirs, and coastal waters near which most Americans live and on which they depend for their drinking water, recreation, and economic development. Clarifying the scope of the Clean Water Act helps to protect these resources and safeguard public health. Because this resolution seeks to block the progress represented by this rule and deny businesses and communities the regulatory certainty and clarity needed to invest in projects that rely on clean water, I cannot support it. I am therefore vetoing this resolution.