Donald Trump, god of rage: The decline of White America & the rise of an American strongman

Donald Trump has expertly exploited the fears of White Americans. In the process, he's creating a monster 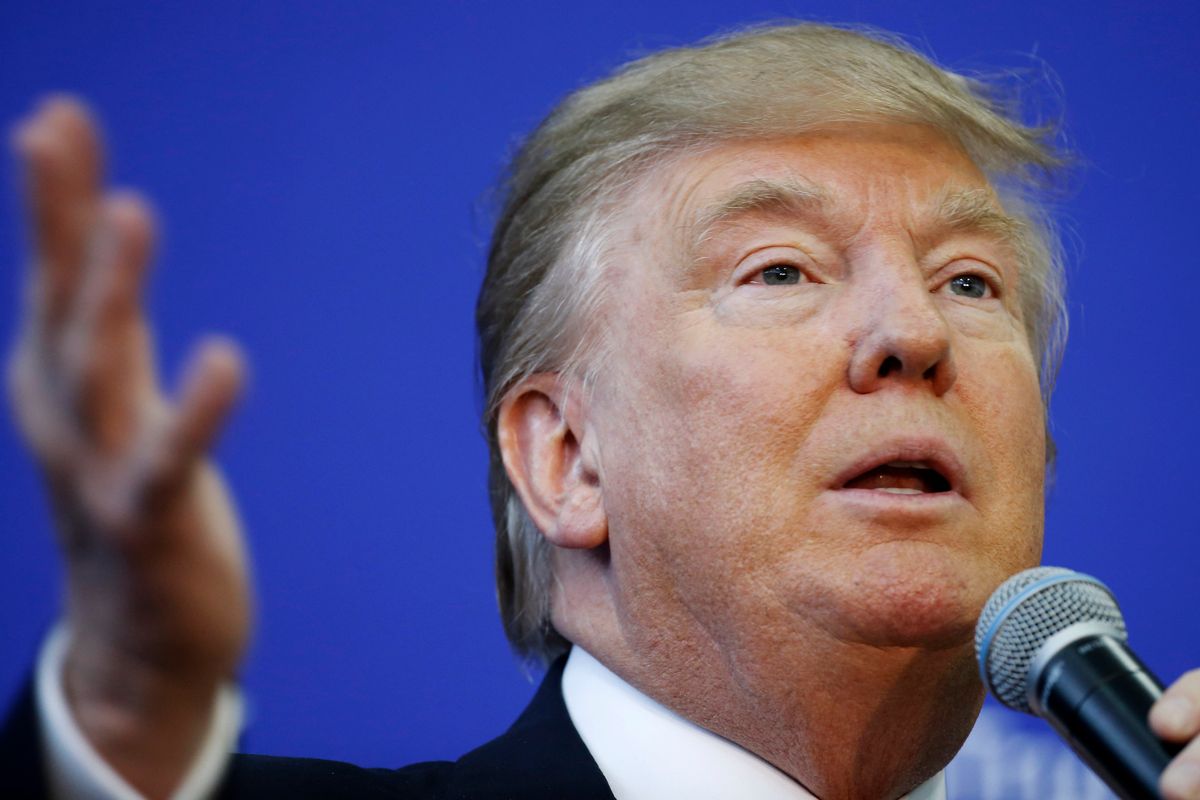 There’s something wrong with white America. A Sunday New York Times report further reveals what a Princeton study showed first in November: The death rate for white adults is rising at an alarming rate, with the increase resembling the historical patterns of an infectious disease like AIDS, experts say. The Times used almost 60 million death certificates from the last quarter century to evaluate the crisis affecting virtually all white adult age groups. By far the most shocking increases in death rates are occurring among working-class and poor whites without a college degree. And it’s not heart disease or the other medical culprits we might have suspected for the increase but suicide, overdoses and acute alcohol abuse: self-harm, in other words.

The skyrocketing trend of death due to self-harm cannot be considered as unrelated to the Trump phenomenon. It’s the same Americans at the center of each tragic contemporary puzzle. According to the Princeton and Times studies and any poll you care to consult--the consensus, in other words--the group of Americans who form the core of Trump’s support are also those most at risk of early death by their own hands. That less-educated, less-wealthy rural whites form the engine of Trump’s shocking success is well-documented, from the beginning of his campaign’s rise to the present. And now we know that this group is suffering from an almost unprecedented suicidal desperation. “It is difficult to find modern settings with survival losses of this magnitude,” write the two Dartmouth economists in their accompanying commentary on the Princeton research. Both tragic phenomena are the product of economic, political and demographic trends that are eroding the power white Americans have enjoyed since the nation’s founding. We’re finding that this power ends with both a bang and a whimper — and both are violent. Watching their career horizons and foreseeable economic outcomes starting to approach those of minorities, white Americans have plunged into spirals of self-destructive escape, self-harm, and even the very erasure of themselves from life, unable to bear their fate. But they’ve also demonstrated a strong predilection for a proto-fascist strongman candidate who vows to restore their power and end the nightmare. "Make America great again," goes the promise.

That ubiquitous Tea Party call of “I want my country back,” which surged after the election of the first black president, has evolved into the noxious Trumpism, “Make America great again,” both a battle cry and bitter lamentation. The anger is, in a way, pitiable as well as frightening. We’re finding a certain weakness in whiteness that largely hasn’t been accounted for. But, in the end, it’s that capacity for self-harm and the impulse for destruction that makes Trump much, much scarier. We haven’t fully accounted for the desperation in the part of white America that follows Trump like a messiah.

In these many months of trying to make sense of the Trump phenomenon, the general punditry has assumed a rationality that may not be there in much of Trump’s base. It’s a bit like what divides analyses of diplomacy with Iran. Defenders of President Obama’s recent progress assume Iran to be led by mostly self-preserving rational actors, while opponents remain convinced that Tehran is willing to commit national suicide by firing off the first nuclear missile they can hastily build. Opponents of detente with Iran assume an irrationality and desperation that precludes fruitful discourse. And the Iran that these individuals describe is a terrifying power with an existential, zero-sum worldview. That imagined Tehran thinks in terms of “either us or them,” whether that “them” is Israel, the U.S. or, in the end, all the globe’s infidels. Compromise would, of course, be impossible with that Iran.

That’s what makes the dark desperation of Trump’s base so potentially frightening. I can’t help my sympathy being tempered by a new, real worry: What if they’re not operating by the same calculus as the rest of the GOP and the nation? What if, for them, death is preferable to the final loss of white power, whether that death is their own, that of others or that of the republic’s Constitutional values? What if the half-millennium of white power and supremacy in America has created an undiagnosed pathology, and, finding themselves left behind by postindustrial neoliberalism and imperial decline, a segment of white America is truly unstable and willing to burn it all down?

In short: What if the self-directed violence of the Trump demographic turns outward?

“We’ll get more and more angry as we go along,” Trump promised a crowd in Vermont in early January after Bernie Sanders supporters interrupted his speech, something that Trump anticipated in advance. “And by the end...my security will be so tough and so nasty, you know what’s going to happen when that happens? You’re not gonna have any more problems.” Not only had Trump anticipated disruption in Sanders country, it appears that he might have designed the event as exactly such a spectacle. “I knew I was gonna have some [protesters] in Vermont. If we didn’t have that it wouldn’t be Vermont!” To go to Vermont is to invite progressive protest, in other words. The event, then, could also be a demonstration of how Trump can satisfy his followers by roughly dealing with dissenters, behavior that the Atlantic’s Conor Friedersdorf called an “abuse of power.”

There was no purely electoral reason to create a scene in Burlington. Though Vermont is part of Super Tuesday primary voting, the state is the second least populous state in the union and the only state President George W. Bush never visited. Vermont simply doesn’t matter to Republicans. Trump’s visit was not tactical, then, but more broadly strategic, not for Vermonters but for national optics. National news crews descended on Burlington to broadcast the spectacle Trump had designed. Trump promised increasing anger and launched into bizarre logic that equated the white progressives with Black Lives Matter and Mexican immigrants, making the groups into a single bloc that is running free and ruining America because of the so-called “Ferguson effect,” the right-wing theory that crime and disorder is increasing because police in the era of Black Lives Matter are not exercising their power for fear of cultural and political reprimand.

It’s a mess of logic, but the crowd cheers at the now-snarling Trump, who promises violence against these threats. “This is why we lose control of our country,” he says of the ejected Sanders supporters, suddenly applying the fallacious “Ferguson effect” to lily white Vermonters and Trump’s private security. This is not Black Lives Matter and the police, but this minor detail matters not to Trump nor his followers, and just like that, the “Ferguson effect,” already false, is suddenly made into a generalized loss of our will to impose violent restraint on the forces of disorder. This is no doubt comforting to people whose lives have been turned upside down. It's also deeply unsettling.

“You see, today we have security people that are, you know…It’s hard,” Trump wistfully muses about how violence could once suppress. “Ten years ago, they would’ve been on their ass, those people.” America used to be great. But now the wrong people are being blamed and bearing the brunt. And we can’t even be violent against the real offenders, by which Trump means immigrants, both Mexican and Muslim, Black Lives Matter protesters, Sanders supporters, which he tends to agglomerate into a single mass of “not you good Americans who are hurting.” But “we’ll get more and more angry as we go along,” he promises, and one wonders if his tiny fiefdom of a rally in Vermont doesn’t reflect something of America under a President Trump. Anger and violence can be restorative: “My security will be so tough and so nasty, you know what’s going to happen when that happens? You’re not gonna have any more problems.”