"He's basically talking out of his ass": Larry Wilmore has had it with Donald Trump's pandering on race, religion

"Am I the only one seeing how transparent this is?! You've never read the Bible, Donald Trump!" 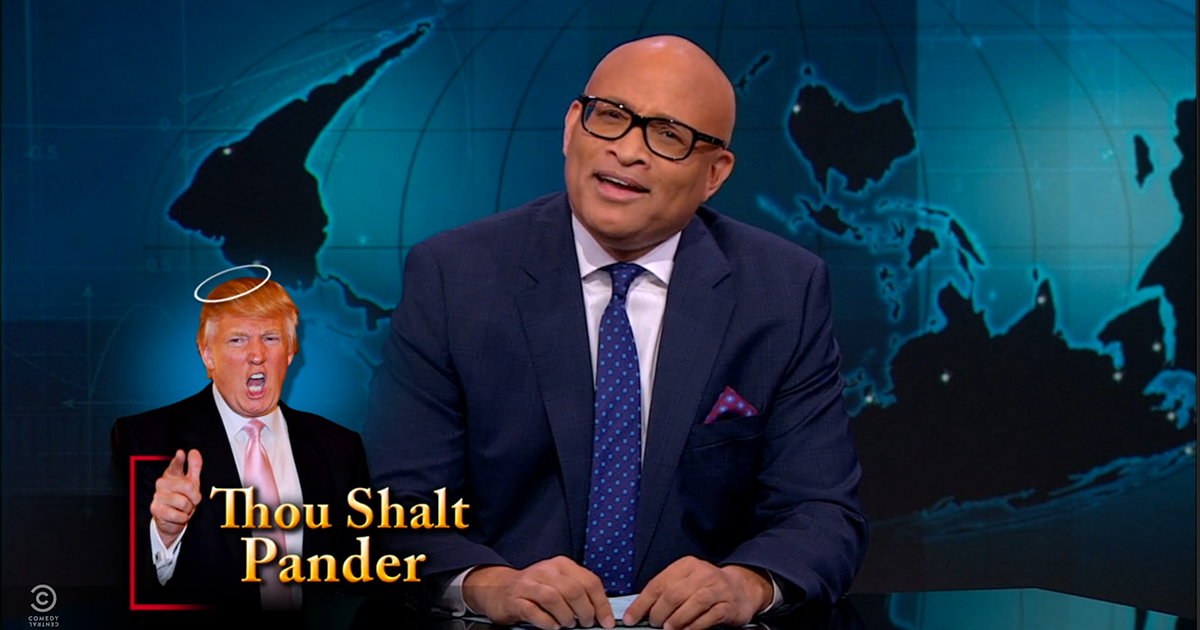 One year ago Tuesday, Larry Wilmore began the "Nightly Show," so it was only fitting that on this anniversary Sarah Palin endorsed Donald Trump for president and Trump tried to talk about religion. What greater comedy gift is there than that?

Trump recently figured out he has to win over evangelicals to remain competitive in Iowa. The constituency makes up over 57 percent of the caucus goers. That's why he took the stage at Liberty University on Monday. "If Trump and God have a great relationship, it's probably because they don't see each other," Wilmore mocked. When asked for specific passages, Trump wouldn't want to give specifics. When asked whether he likes the Old or New Testament, he said a little of both. "You've never read the Bible, Donald Trump! I mean, if Trump even touched the Bible it would probably sizzle."

Somehow the crowd was record-breaking, and Trump dedicated his talk to Dr. Martin Luther King Jr. "How did he get in this?!" Wilmore exclaimed. Liberty actually requires their students attend these events, so if the numbers were record-breaking, it just means their enrollment was up. "So, he's basically talking out of his ass, which he wants to dedicate to Dr. King."

This is the best bit of television you'll see all week. Check out the video below and happy 1 year to Wilmore and the "Nightly Show" folks.