It's Donald's party now: Crawling towards oblivion, the Republican establishment is aligning with Trump — and that should disturb all of us

GOP elites are on the verge of a once-unthinkable political union. Here's why that would be an egregious mistake 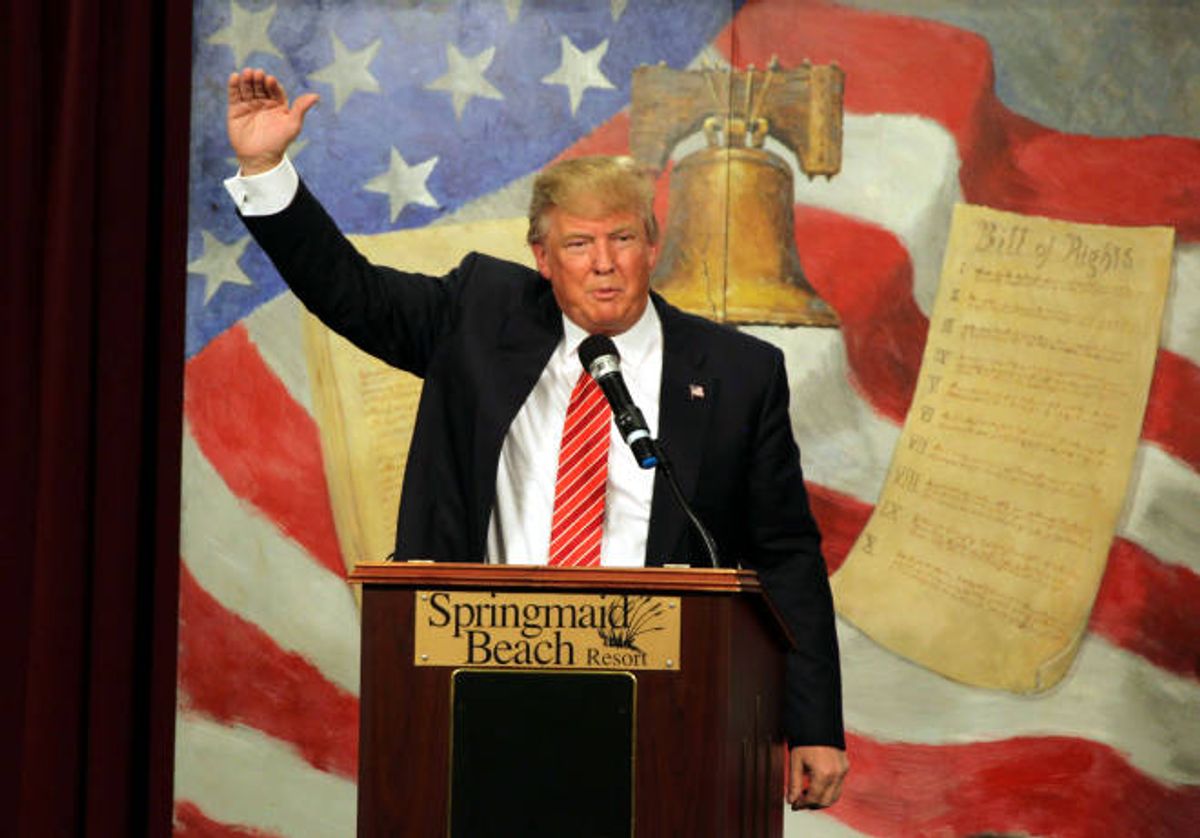 About a month ago, Dave Neiwert, the prolific author and Southern Poverty Law Center contributor, wrote a post about Donald Trump, fascism, and the profoundly worrisome trajectory of the past 30 or so years of American politics. It remains the best analysis of Trump’s campaign that I’ve seen thus far. You can (and you should) read it here.

Neiwert’s post is a long one, and it would be impossible to condense into the kind of bite-sized — or, rather, “tweet-sized” — pithiness that the Internet demands. If I had to give you the elevator-pitch version, however, it’d go something like this: While neither Donald Trump nor his campaign could be accurately described as fascist, both are making it easier for a real-deal American fascist to arise in the future.

By “mustering the latent fascist tendencies in American politics,” Neiwert says, Trump 2016 is “merrily leading us down the path towards a fascist state.” And while this might strike you as a relief, Neiwert argues that it isn’t. Trump’s lack of fascist “bona fides,” he says, may in fact make him more dangerous. Why? Because American voters would likely find orthodox fascism “far less appealing” than Trumpism (which is, ideologically speaking, something of a dog’s breakfast).

The result, Neiwert worries, will be a campaign that makes “the large and growing body of proto-fascists in America larger and even more vicious.” Effectively, then, Trump is fascism-lite; the training wheels that a large chunk of the American electorate will need if it’s going to make the transition from demanding a wall to demanding internment camps. You’ve gotta walk before you can run; you’ve gotta Make America Great Again before you can goose-step.

With that all in mind, I want you to steel yourself before reading a new report from The Hill, which finds that top Republican Party donors — the “GOP establishment” that was supposed to ultimately thwart Trump — are increasingly making their peace with the idea of a Trump nomination. Just a few weeks ago, they were calling him a demagogue, a fascist, a threat to the party’s very future. But now, it seems, they too are ready to crawl toward the abyss:

While many major Republican donors still cannot abide the idea of Trump as their party’s 2016 standard-bearer — and some remain flat-out in denial about the strength of his candidacy — interviews with GOP business owners and CEOs in six states suggest shifting attitudes toward the controversial billionaire.

Trump has to date rejected financial support from wealthy donors, saying he does not want to owe them if he gets into office. But winning the acceptance — or even the favor — of donors could prevent a big-money assault against Trump and ultimately benefit him in a multi-billion dollar general election.

Donors who have either given the maximum $2,700 contribution to Trump’s campaign or plan to give vastly more than that in a general election, say they are noticing a growing acceptance of Trump among their mainstream Republicans friends and business associates.

This isn’t the first recent story of its kind, either. A Washington Post report from earlier this week found that “Republican donors, who had long assumed that the outsider candidates would self-destruct and that voters would rally around someone such as former Florida governor Jeb Bush, are suddenly adjusting their thinking and strategies.” The WaPo piece continues:

Spencer Zwick, the national finance chairman for Mitt Romney’s 2012 campaign, said power brokers and financiers are now trying to cozy up to Trump in various ways, such as reaching out through mutual friends in New York’s business community.

“A lot of donors are trying to figure their way into Trump’s orbit. There is a growing feeling among many that he may be the guy, so people are certainly seeing if they can find a home over there,” he said.

You don’t need to be a professor of German history to find these reports tremendously disturbing. And noting the parallels between the rise of Trump and Hitler — another man who succeeded, in part, after an elitist conservative establishment tried (and failed) to co-opt him — isn’t the same as saying they’re equivalent, or that the future will be a mirror image of the past. Again: Donald Trump is not a fascist.

As Neiwert rightly argues in his post, however, this isn't a process that happens at one fell swoop. It isn’t like an explosion; it’s like sinking into the mud, inch-by-inch. “It is by small steps of incremental meanness and viciousness that we lose our humanity,” Neiwert writes. But violence and disorder aren’t the only actors in this tragedy. The establishment also plays its part. There it stands, front and center, handing Donald Trump a six-figure check.